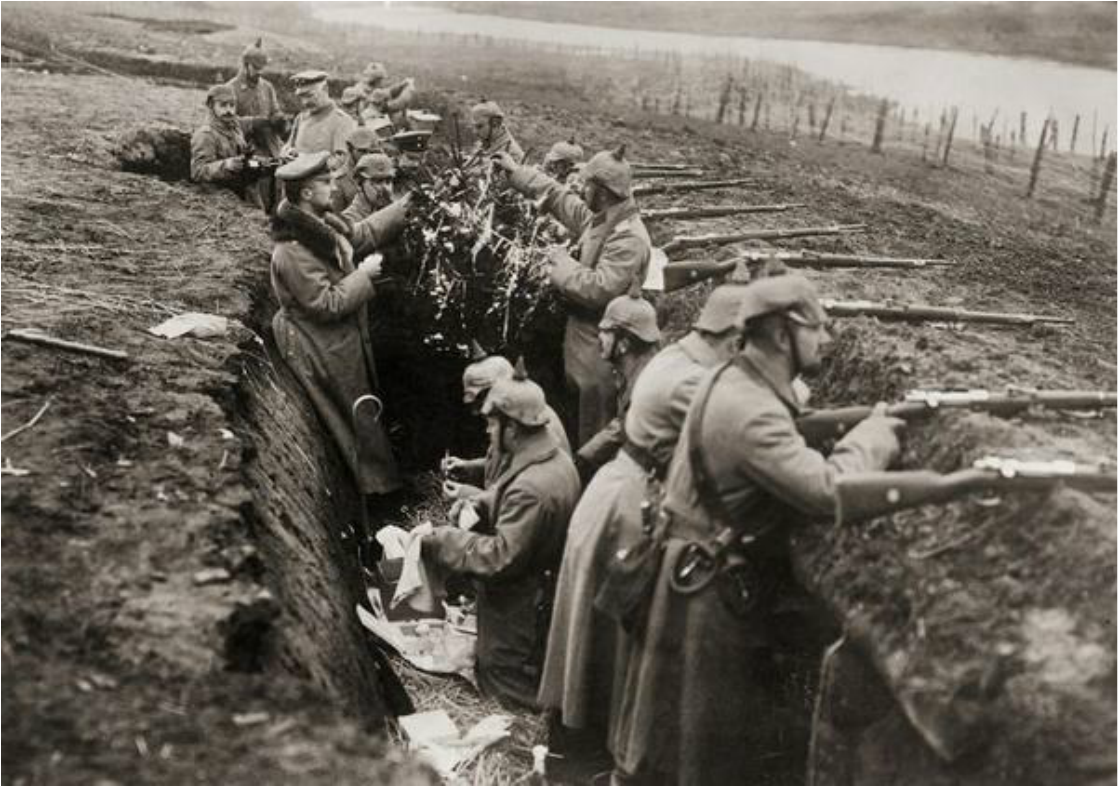 CHRISTMAS AT THE SOMME 1914 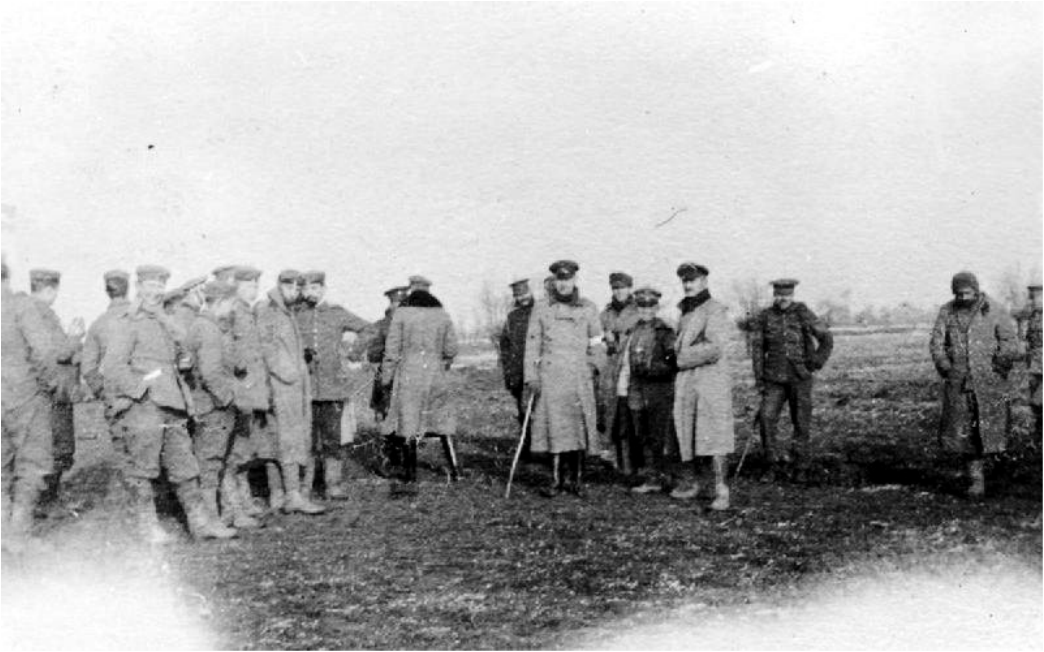 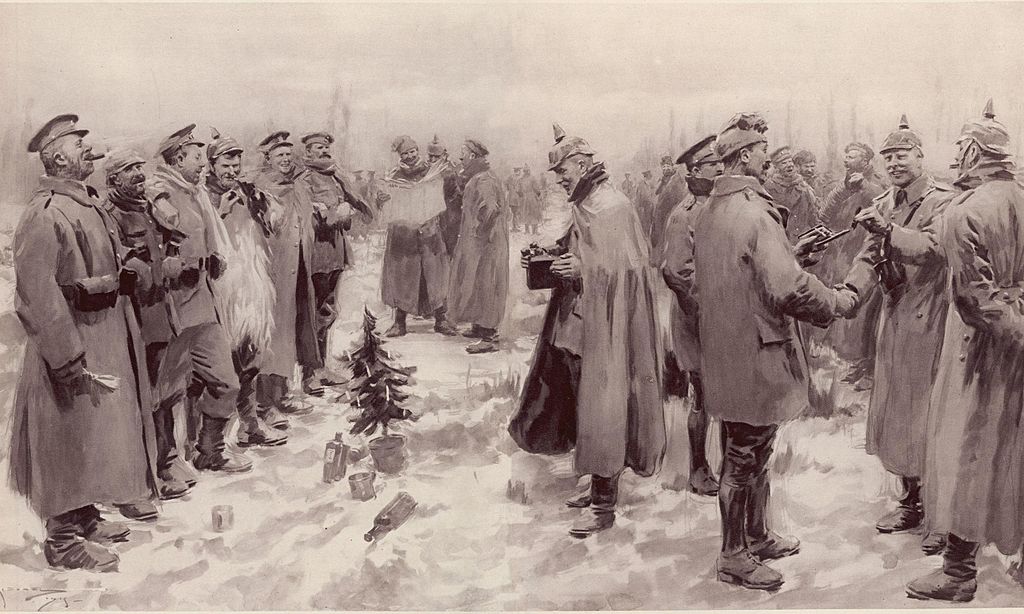 German soldiers cluster round a Christmas tree in 1914 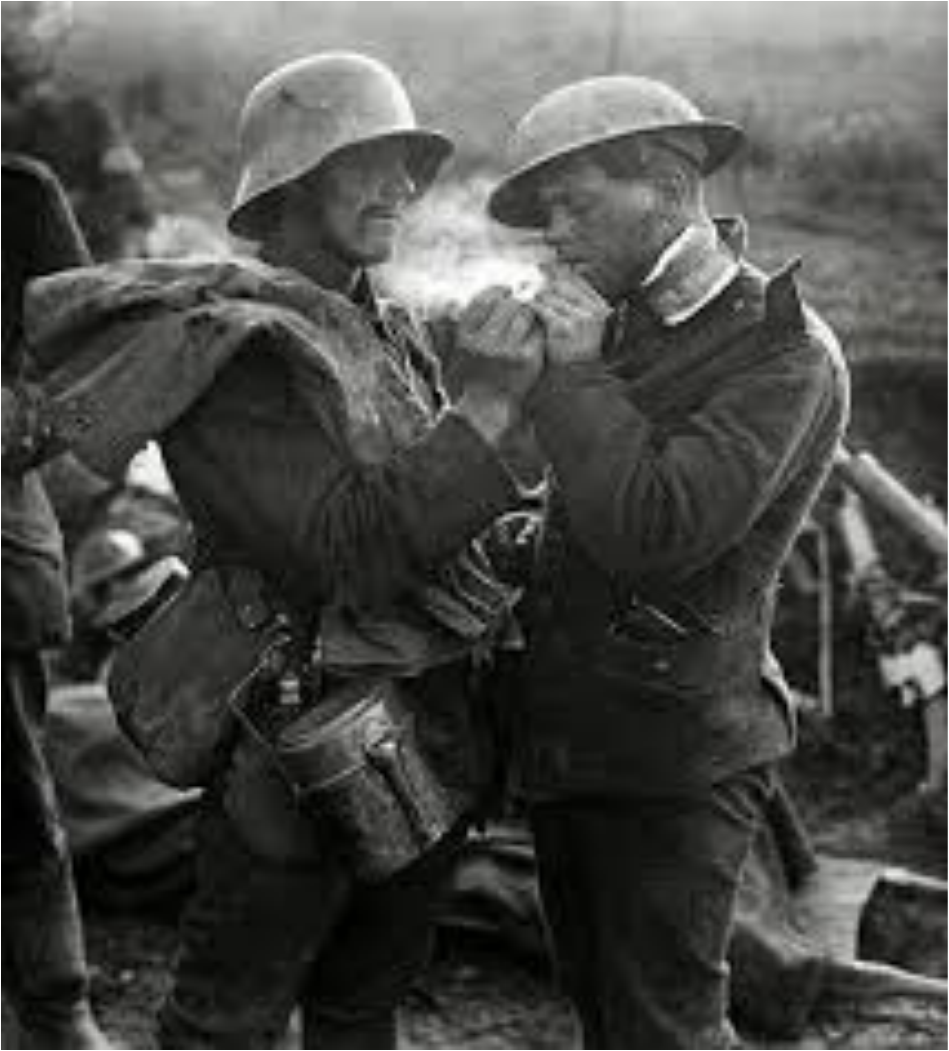 GERMAN SOLDIER WITH ENGLISH SOLDIER - CHRISTMAS TRUCE AT THE SOMME 1914 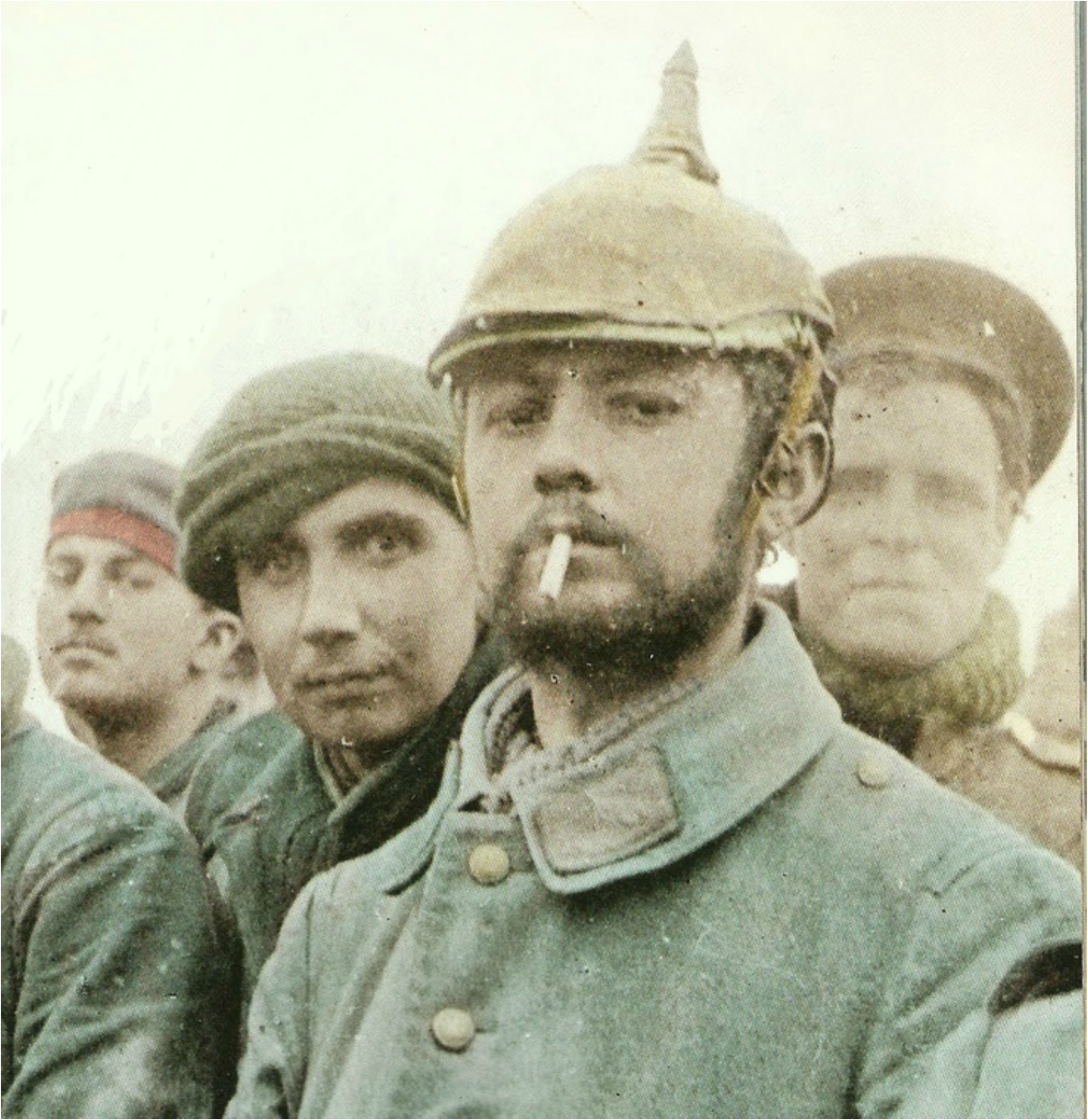 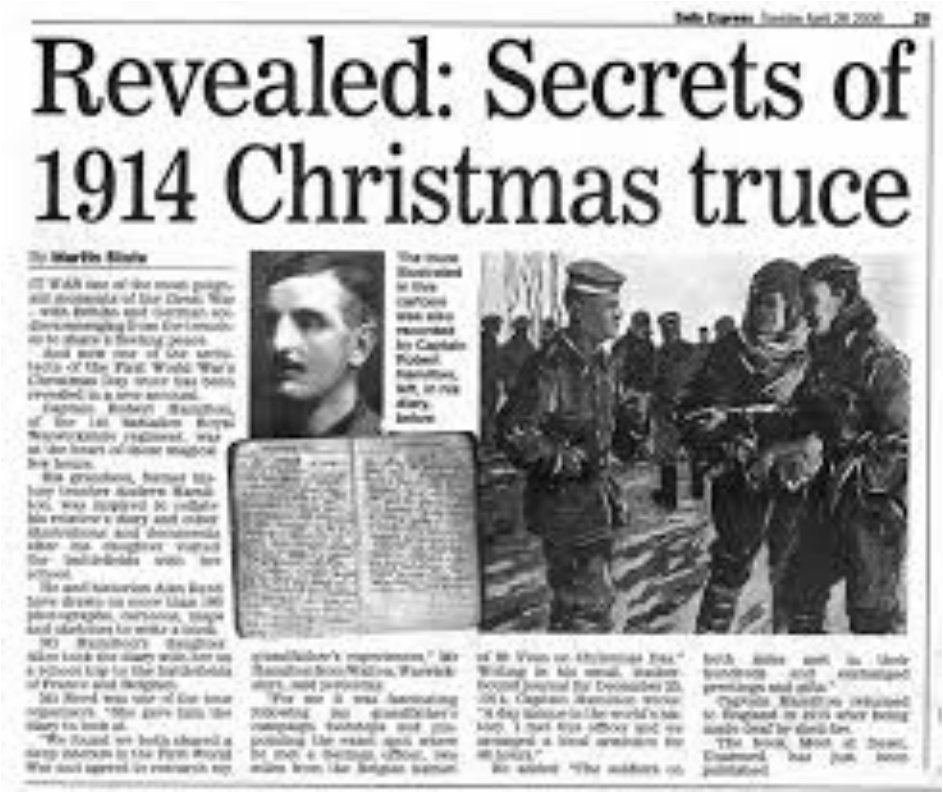 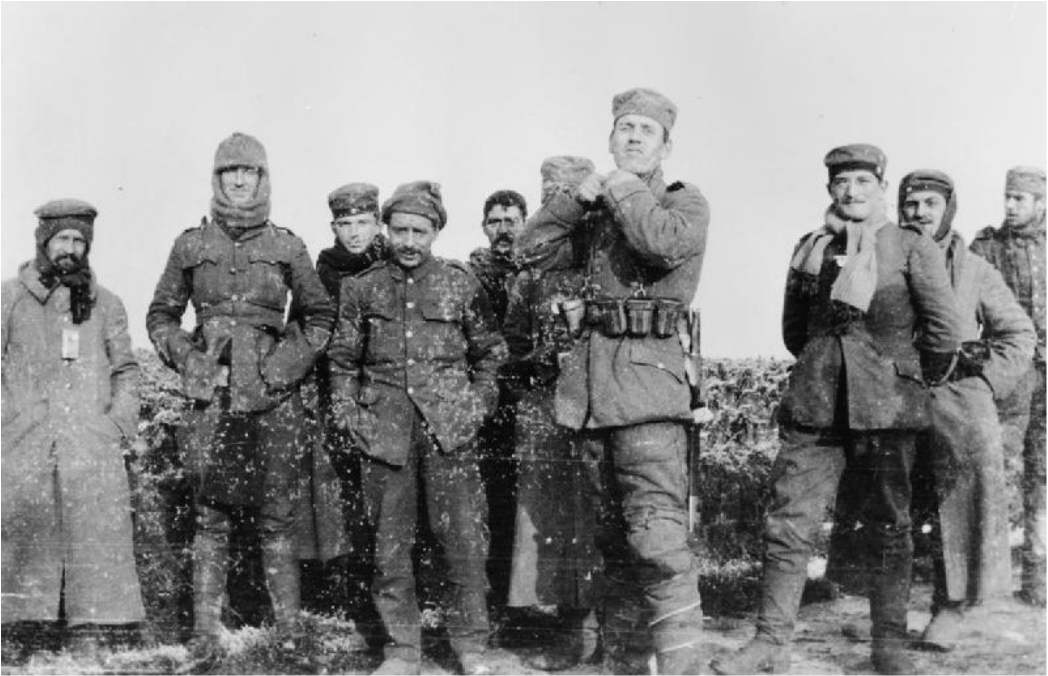 CHRISTMAS TRUCE AT THE SOMME 1914
At Christmas, 1914, there occurred several informal truces at various points along the trench lines of Northern France and Belgium. It may well be that there were other places where truces took place, but the precise knowledge of those events is limited by the amount of direct, eyewitness testimony which has so far been discovered. Nevertheless, there are enough trustworthy reports

(and even a few photographs) to convince us that something extraordinary happened that first Christmas of the First World War in 1914, and that it was not entirely an isolated happening. The image of opposing soldiers, shaking hands with each other on that one special day and then deliberately trying to kill each other the next, is a powerful one, and one which is part and parcel of remembrance of the Great War. It was perhaps the last example of open handed chivalry before the squalor and horror and the brutality of the next three years that changed the old world for ever.  In late December 1914 a message came from the Headquarters of the English General Sir John French and it was sent to all British Units in France and Flanders on Christmas Eve. Sir John considered a real possibility of some kind of German attack coming over the Christmas period. But Sir John had also considered the possibility of some show of friendliness at Christmas and he had taken steps to give advance notice of his HQ's disapproval of any such thing. Far from wishing to attack, some Germans soldiers seemed inclined to make Christmas a quiet period, in which they could enjoy their memories of home. The Germans had originated the tradition of bringing Christmas trees into their houses and decorating them, a practice which was introduced into England by Queen Victoria's Consort, Prince Albert. In 1914 the practice was still not as widespread in England as it was in Germany. The Germans had brought Christmas trees into their trenches and dugouts in various places, and they had decorated some parts of their parapets. Leutnant Johannes Niemann, of the 133rd Royal Saxon Regiment refers to having a Christmas tree in his dugout, and mentions also that the German soldiers had hung little Christmas trees above their trenches, complete with candles. The Scottish troops opposite him, seeing the lights and being mindful of the general order issued the day before, suspected an imminent attack and began firing. No attack came, of course, and things settled down soon afterwards. English gunner Herbert Smith, of the 5th Battery, Royal Field Artillery, also saw at least one Christmas tree and coloured Chinese lanterns strung along their parapet on Christmas Eve. It appears that the Germans usually took the lead in making informal contact with their enemies, usually by calling across ‘No Man's Land’ to attract their attention after which one or two particularly brave men took the courageous step of standing upright on their parapets. Sometimes, the first contacts were made on Christmas Eve, but it was on Christmas Day itself that most of the fraternisation took place, following a particularly cold and misty dawn. There had been a heavy overnight frost in Northern France and Belgium, and the surface of the ground was frozen. The actual organisation - the setting up of "rules"- of the truce fell to the local officers on the spot, and arrangements varied.  Captain Sir Edward Hulse, of the 2nd Scots Guards, made an early contact himself, at about 8 am, and then he went off to report to his HQ. When he arrived back in the front line, he found that there were several large crowds of soldiers out in ‘No-Man's Land’ and that his trenches were completely empty, contrary to the orders he had left. Some officers allowed their men to go out to No Man’s Land’ in small groups of three or four so that the trenches were always manned. But by and large, the truce was taken as an opportunity to meet, to shake hands, to show family photographs and to exchange small items of food and tobacco. Even the Royal Welsh Fusiliers, ordered to stay in their trenches, joined in the spirit of things, flinging tins of bully beef and jam towards the Germans, with seasonal greetings like, "Here you are, you hungry bastards!" For the most part of the day, the opposing armies took advantage of the opportunity to repair and drain their trenches, and to bury their dead. The truce often ended just as it had begun, by mutual agreement.

Captain C. I. Stockwell, of the Royal Welsh Fusiliers recalled how, after a truly "Silent Night," he fired three shots into the air at 8.30 a.m. on December 26th, and then he climbed onto his parapet.  The German officer who had given him some beer that previous day also appeared on the German parapet. They bowed and saluted to each other and then they climbed back into their own trenches.  A few moments afterwards, Stockwell heard the German fire two shots into the air and, as he said, "The War is on again." 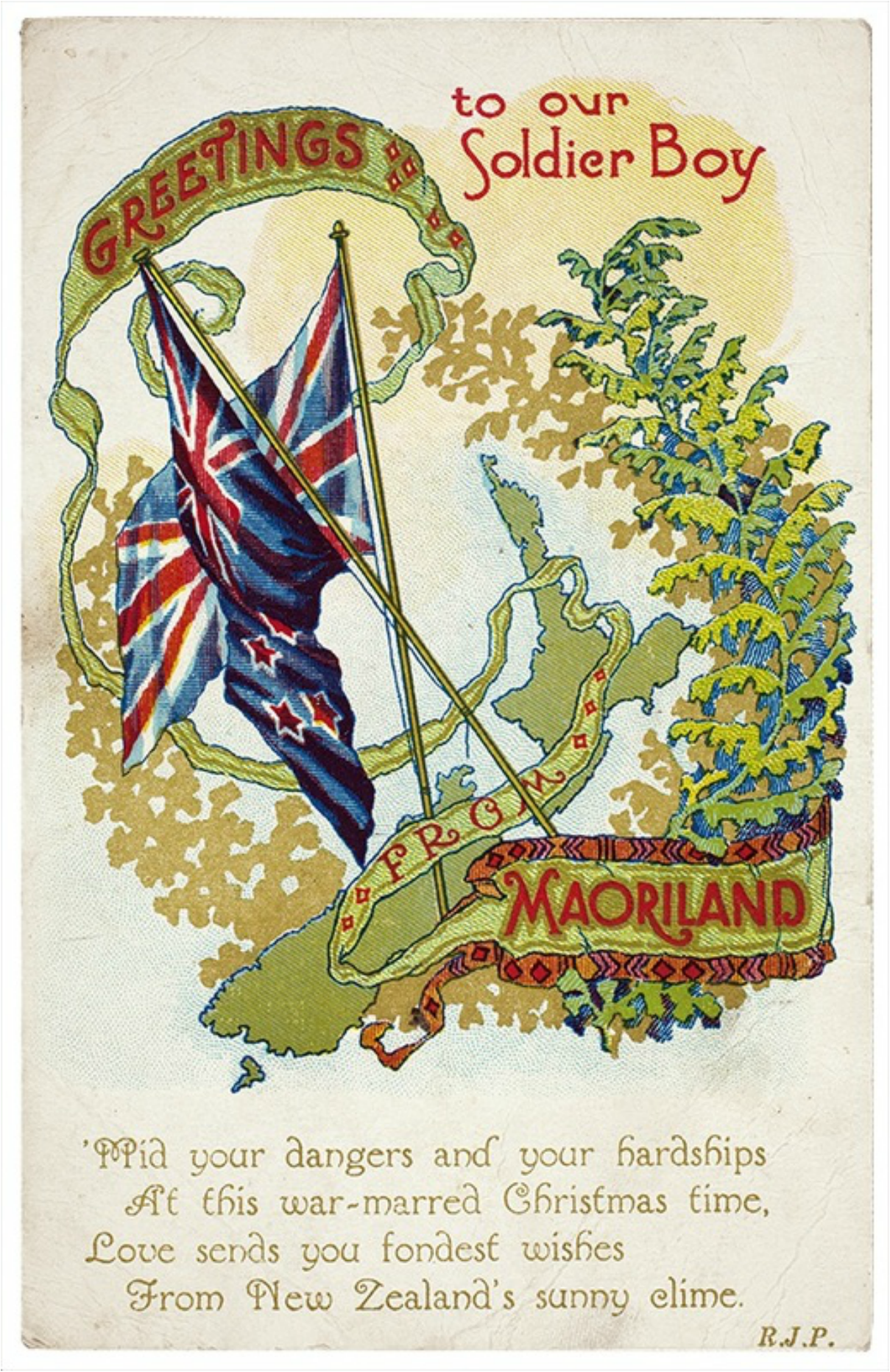 ‘Greetings to our soldier boy’. A Christmas card sent from New Zealand to a soldier overseas during the First World War. 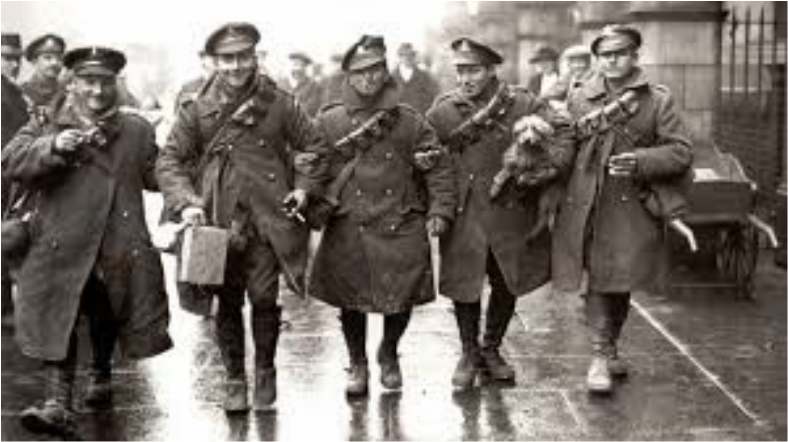