A TRUBUTE TO ALL OUR BRAVE SOLDIERS THROUGHOUT THE AGES.
Zig and Zag - Doug McKenzie
I spent an amazing night talking one on one with one of my childhood idols Doug McKenzie, Zag, the television clown and producer of Melbourne's HSV7's childrens shows in the early years of Australian television. 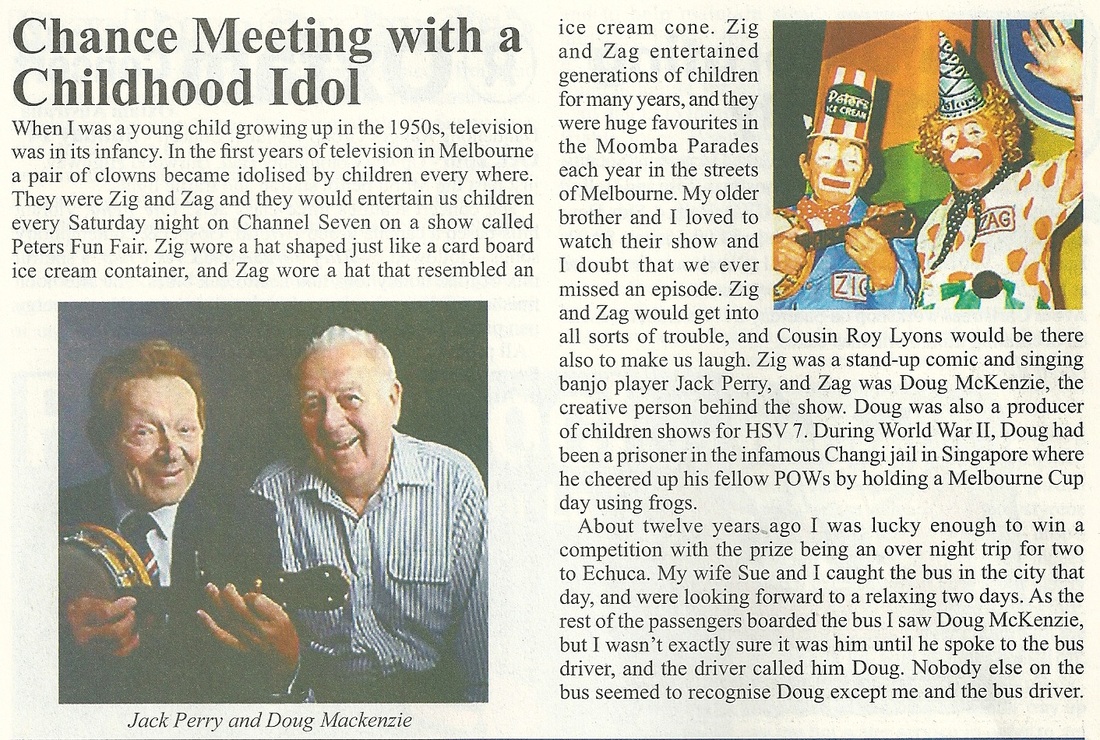 In 2002, McKenzie was the inaugural recipient of ‘Variety's Heart of Show Business Award’. Doug Christie, chairman of Variety, the children's charity, said Mr McKenzie was awarded for his long service to Melbourne's entertainment industry and his commitment to children's charity. Mckenzie passed away in August 2004 of a suspected heart attack, he was 87 years old. 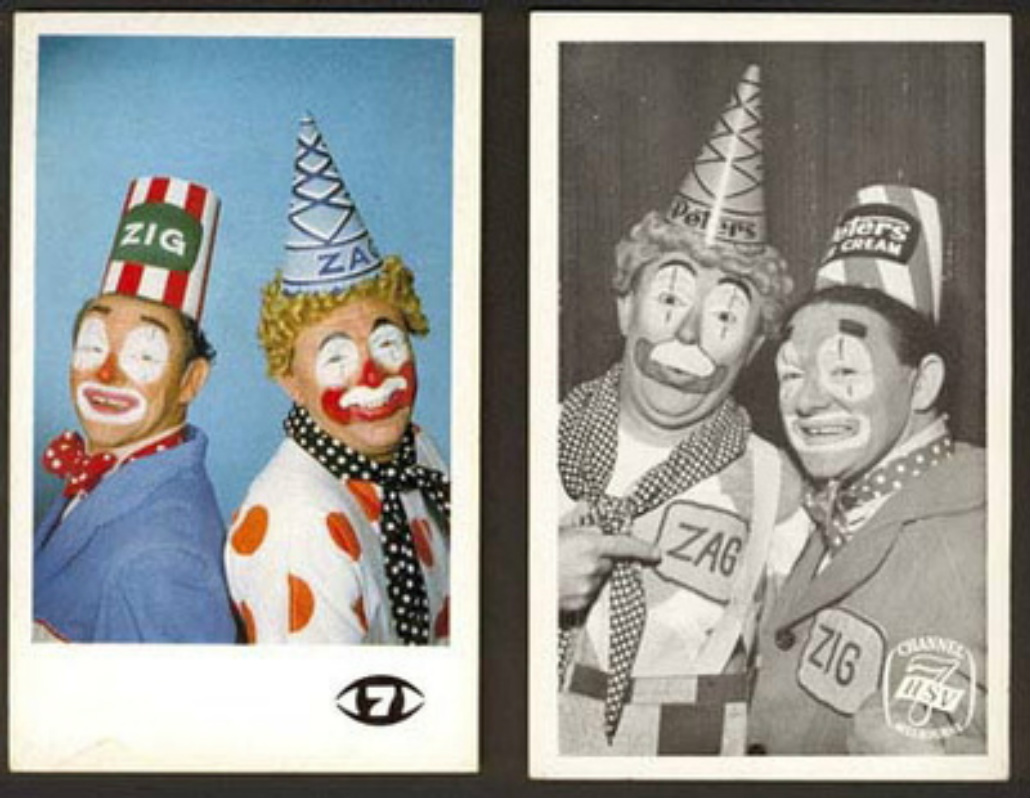 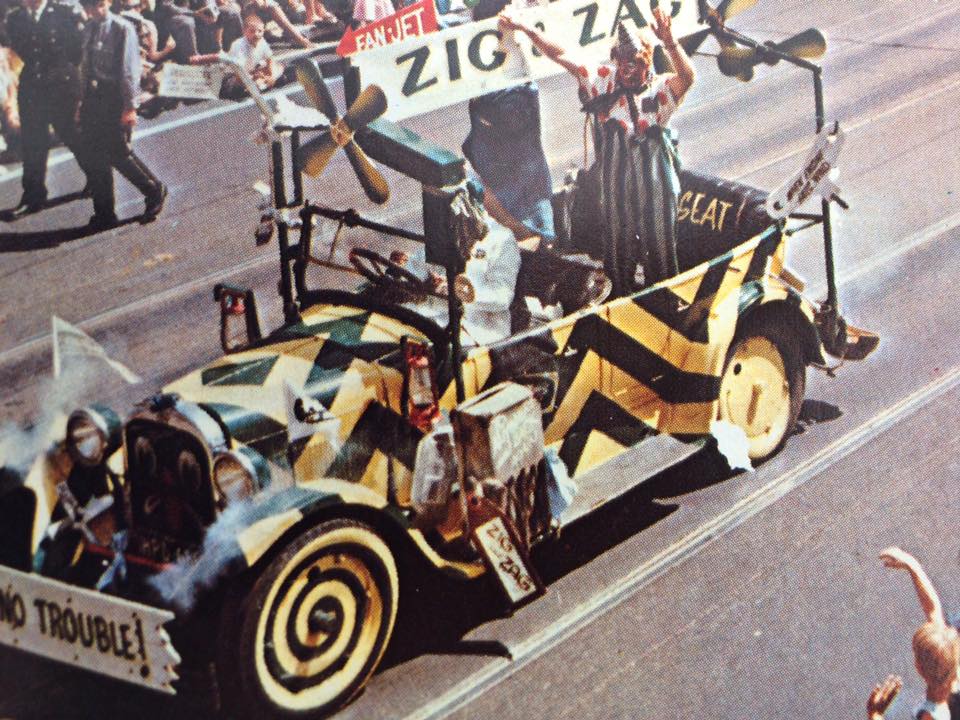 Television Clowns Zig and Zag in their famous car at the Moomba Parade in Melbourne, Victoria, Australia 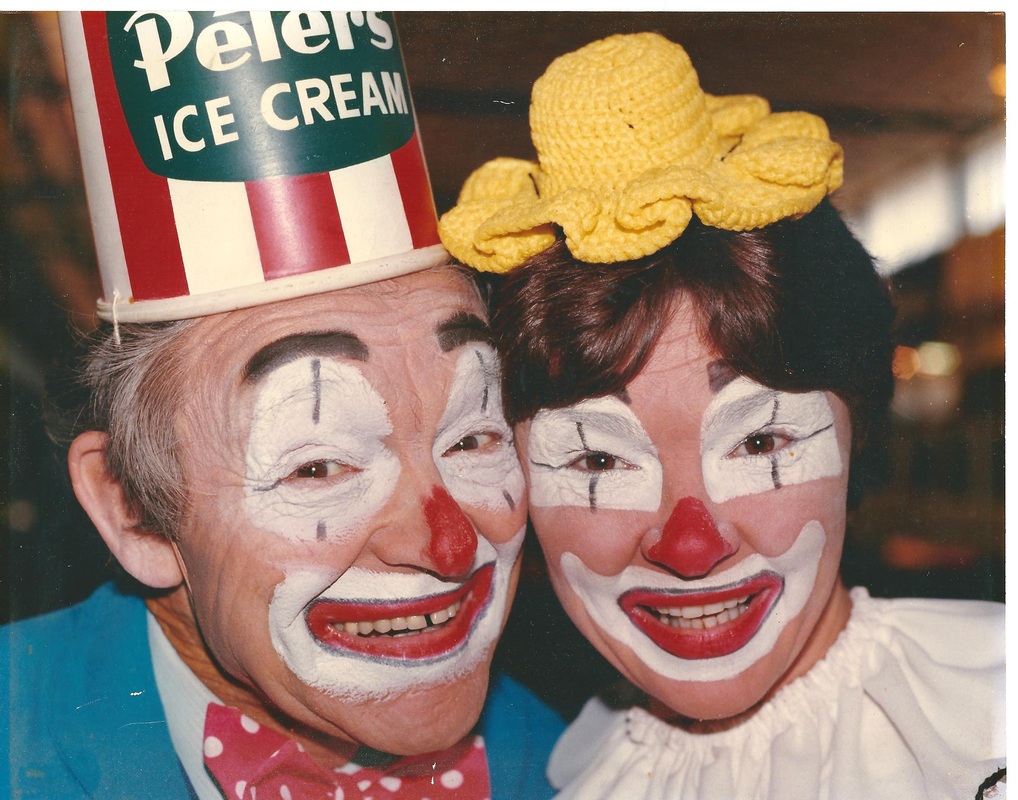 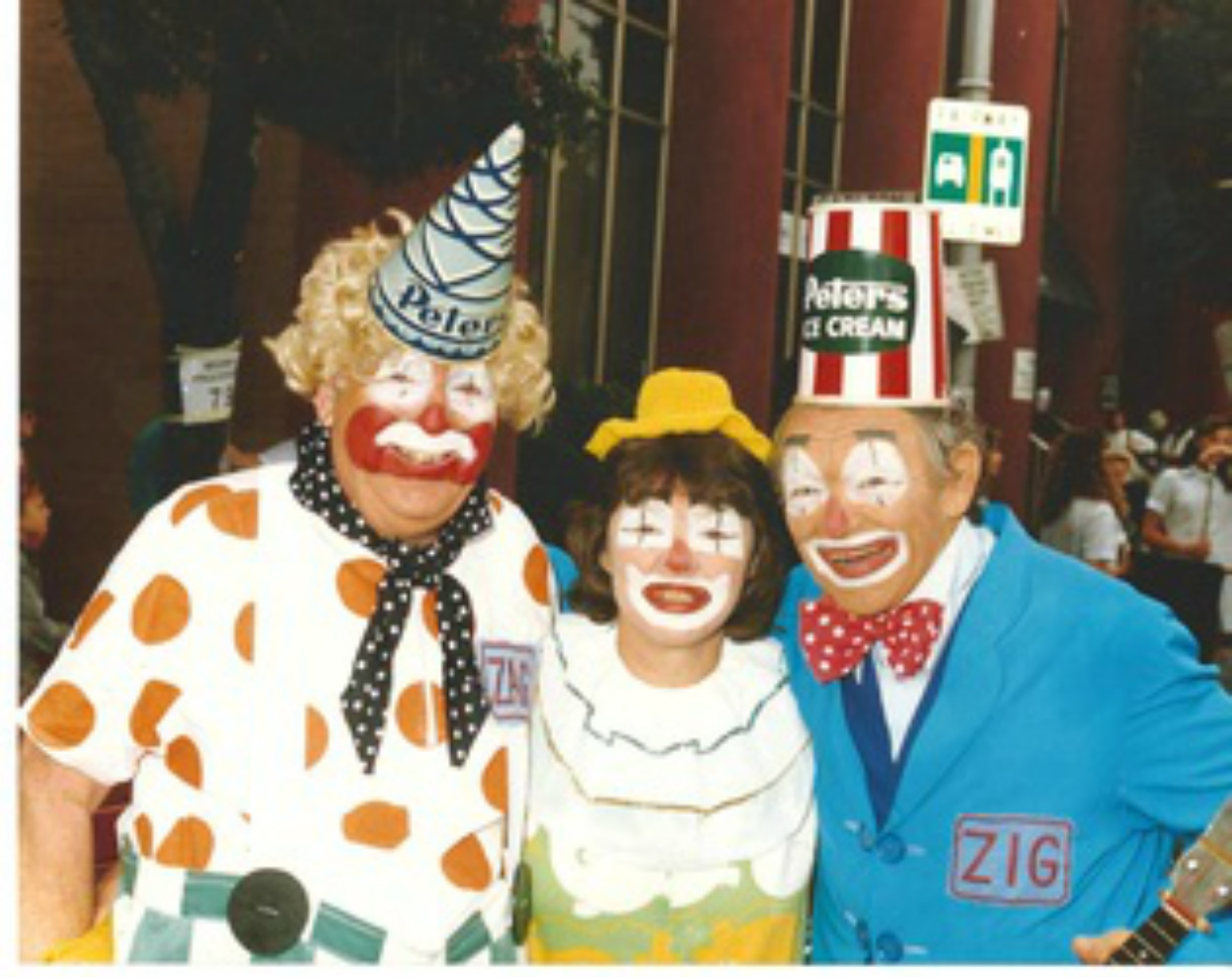 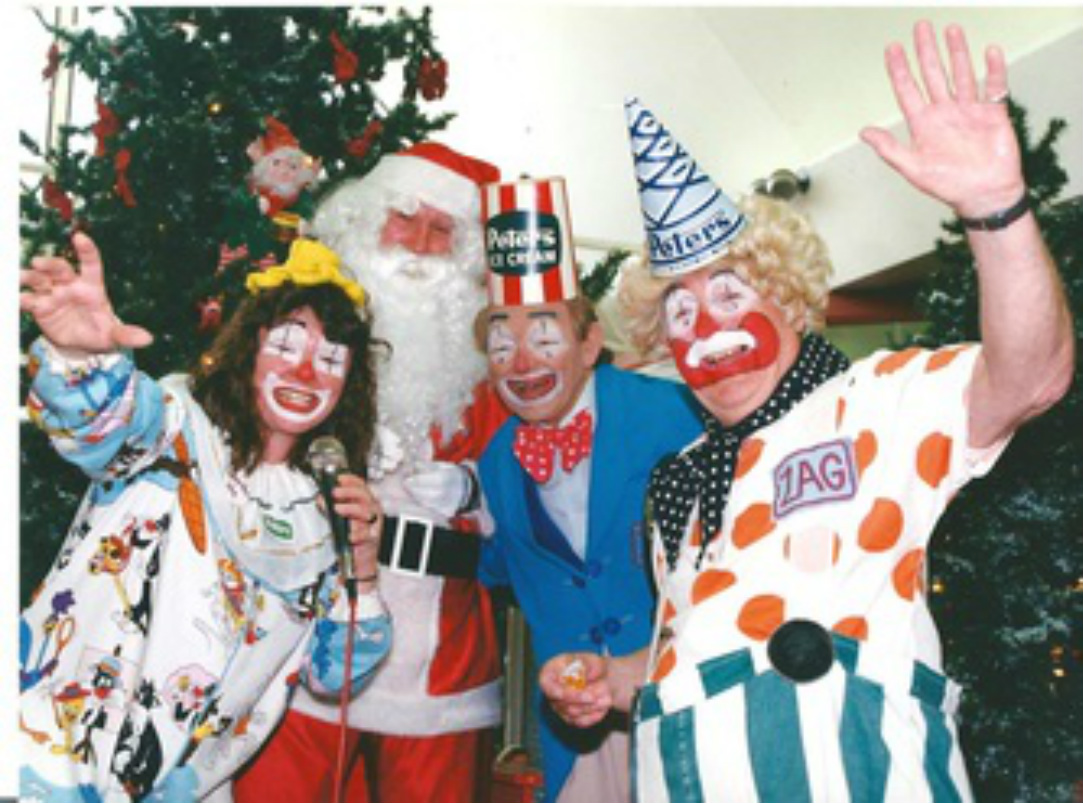 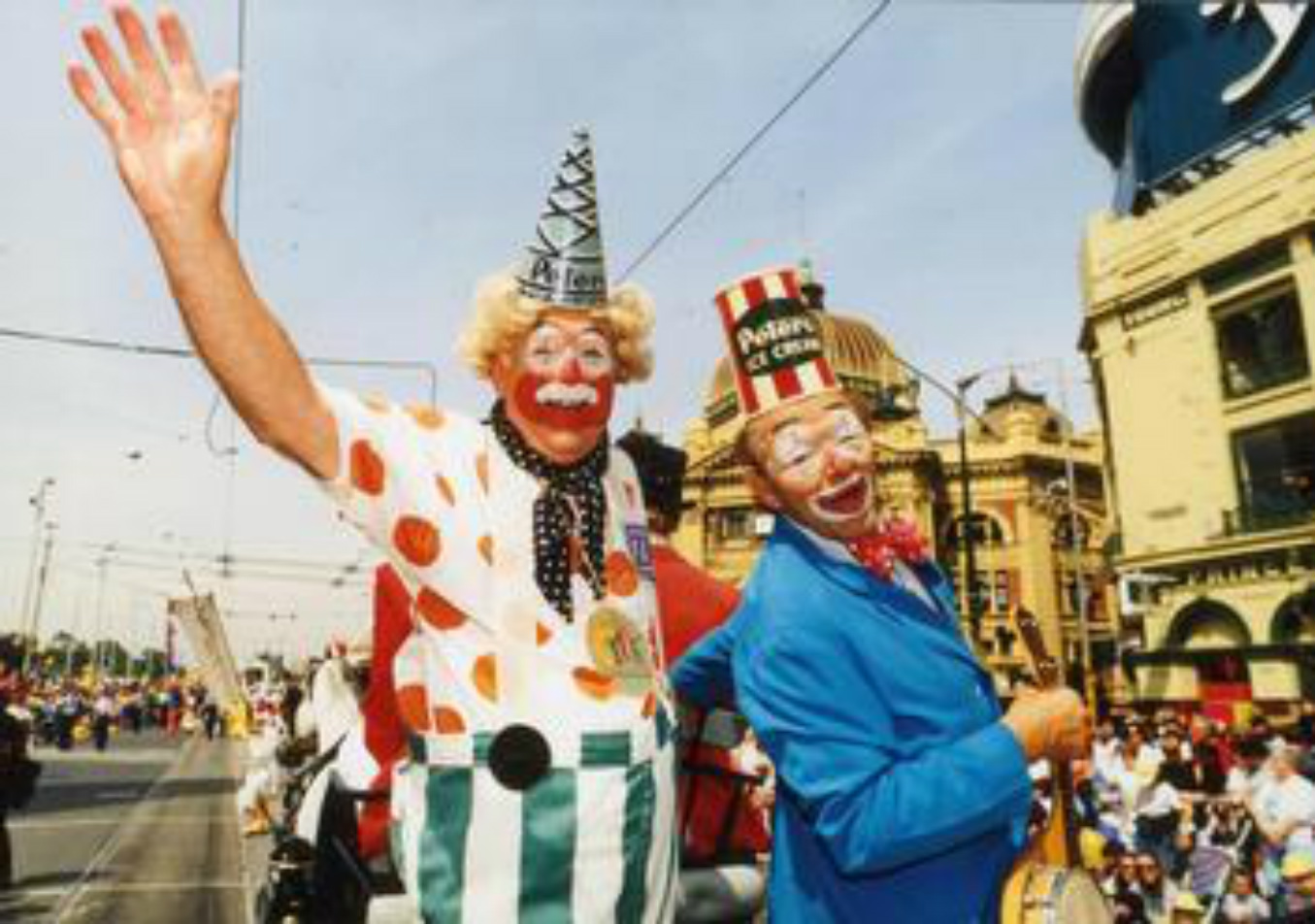 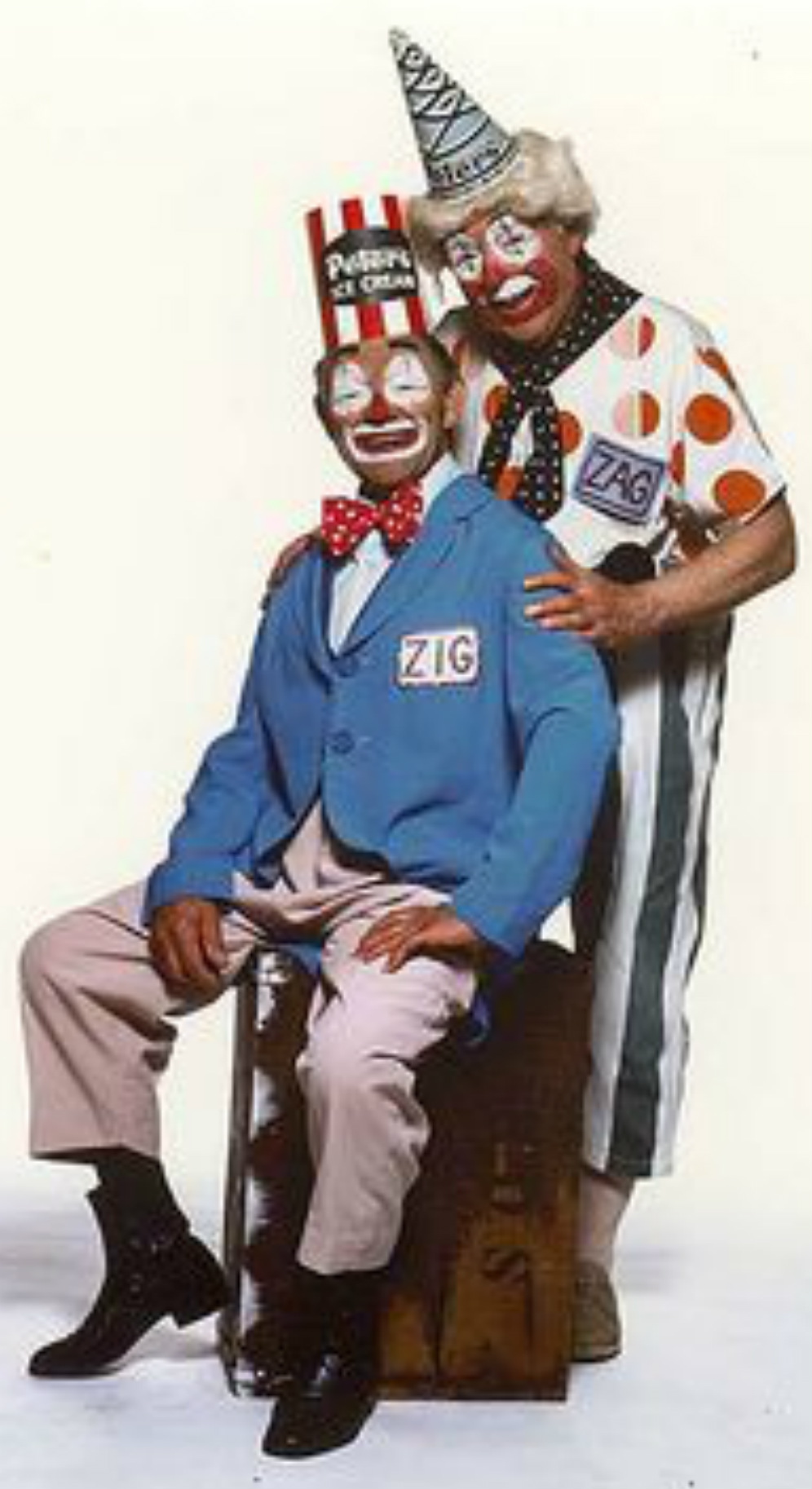 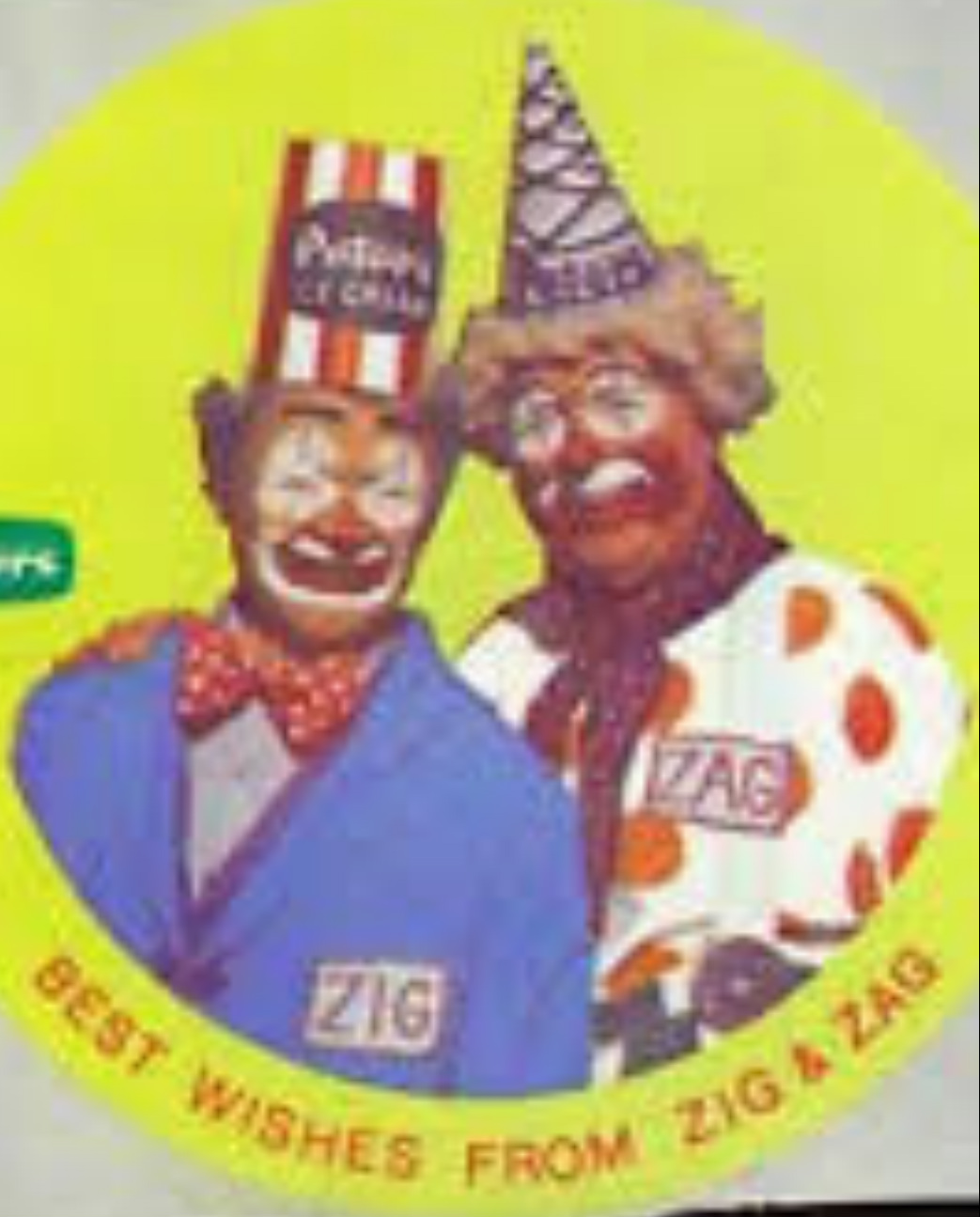 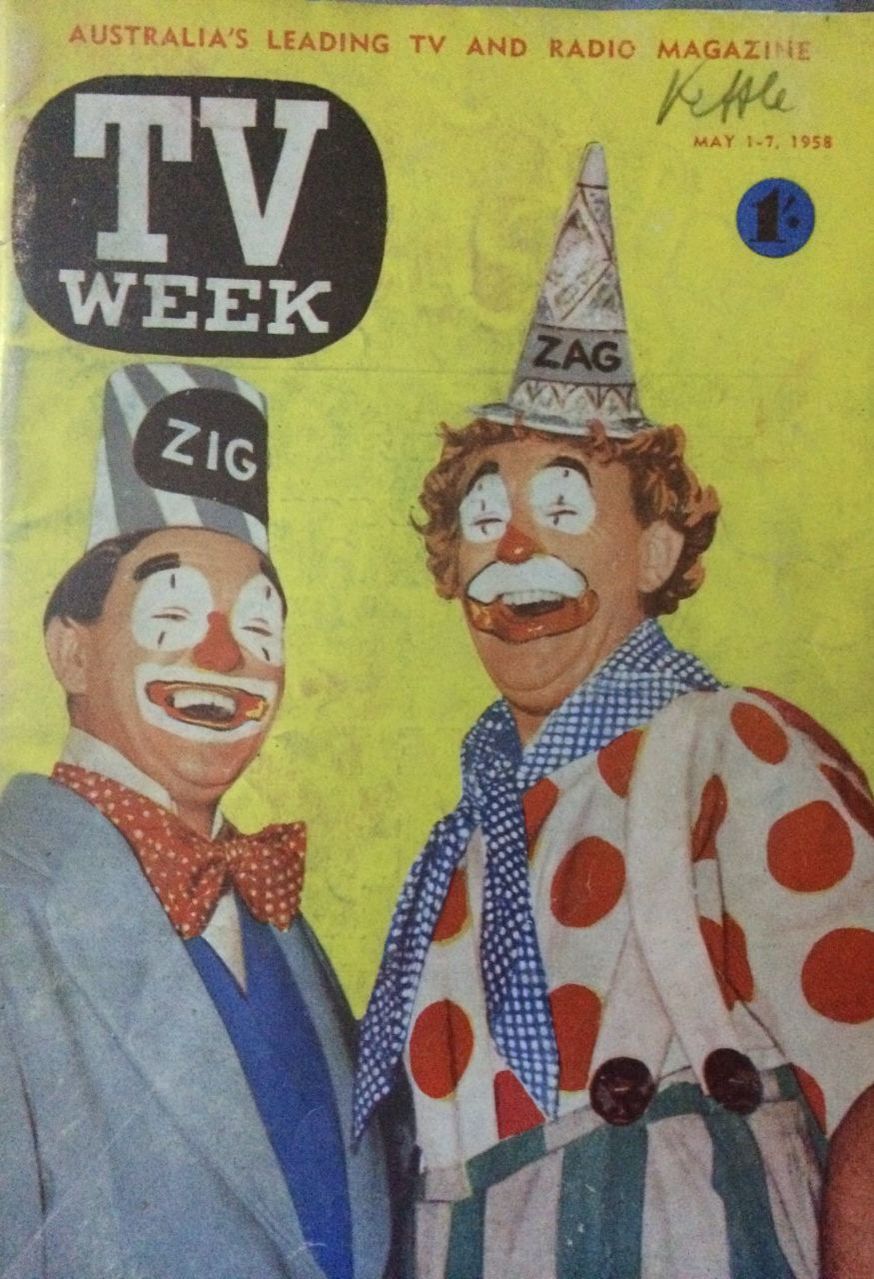 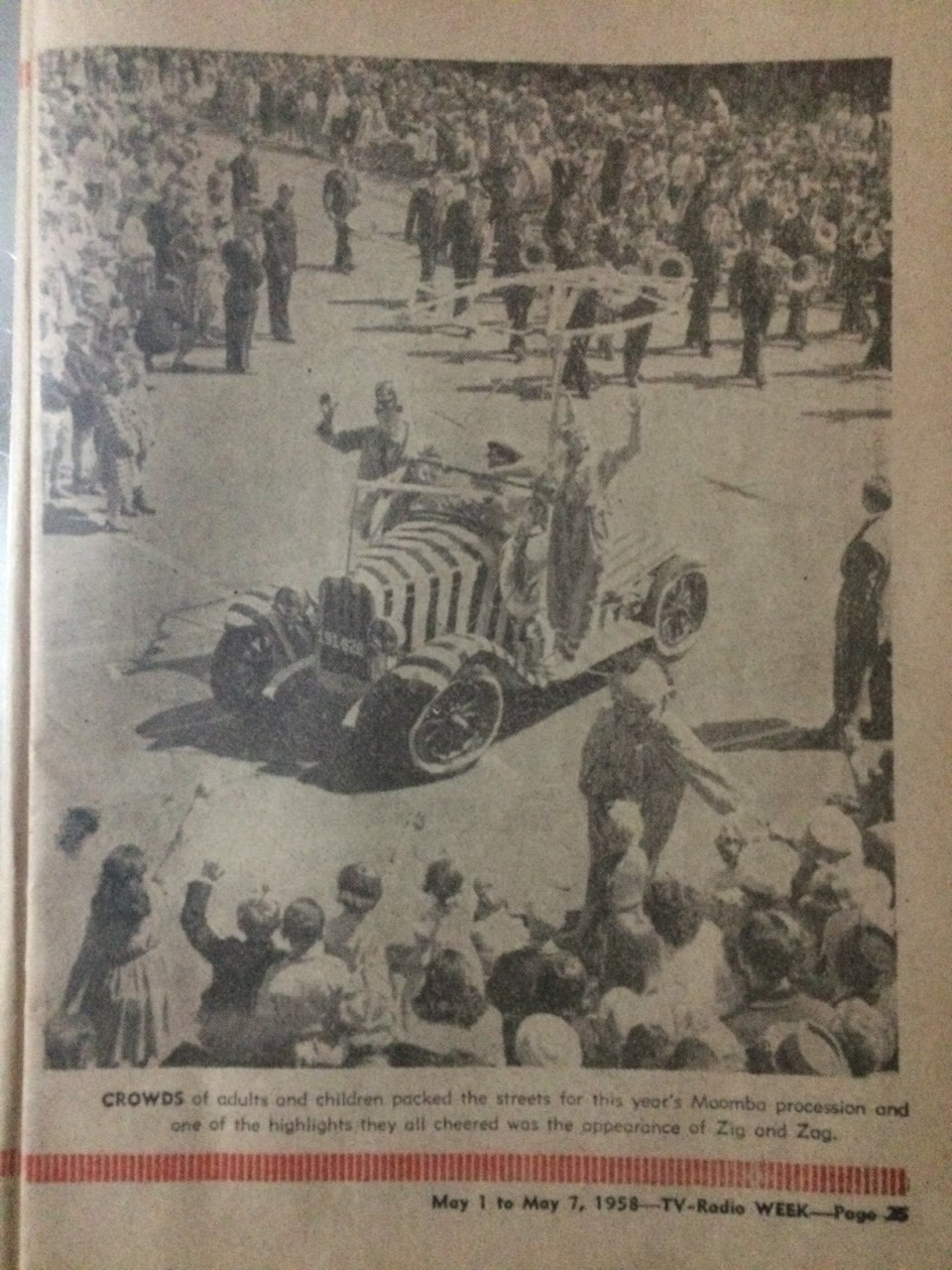 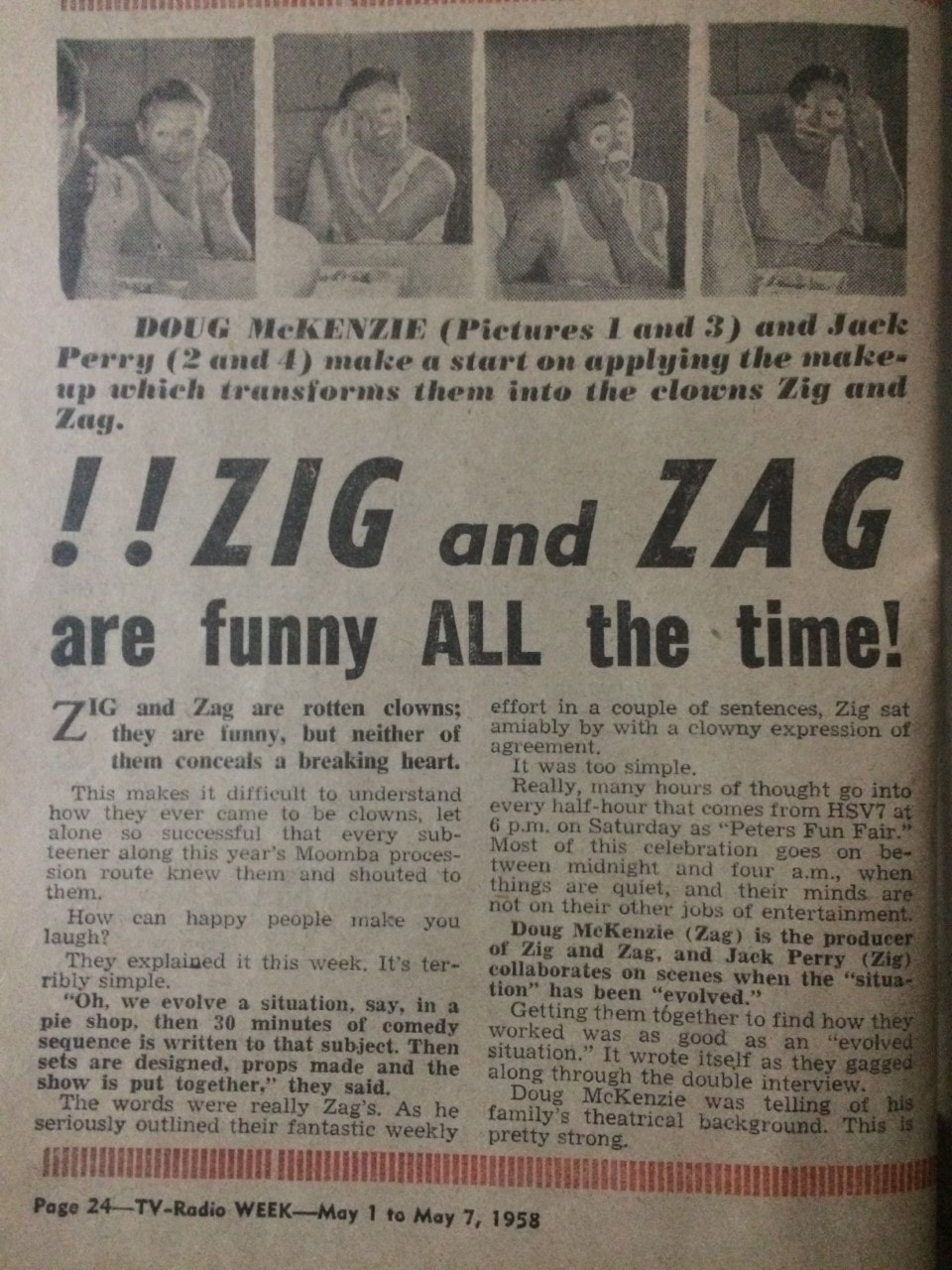 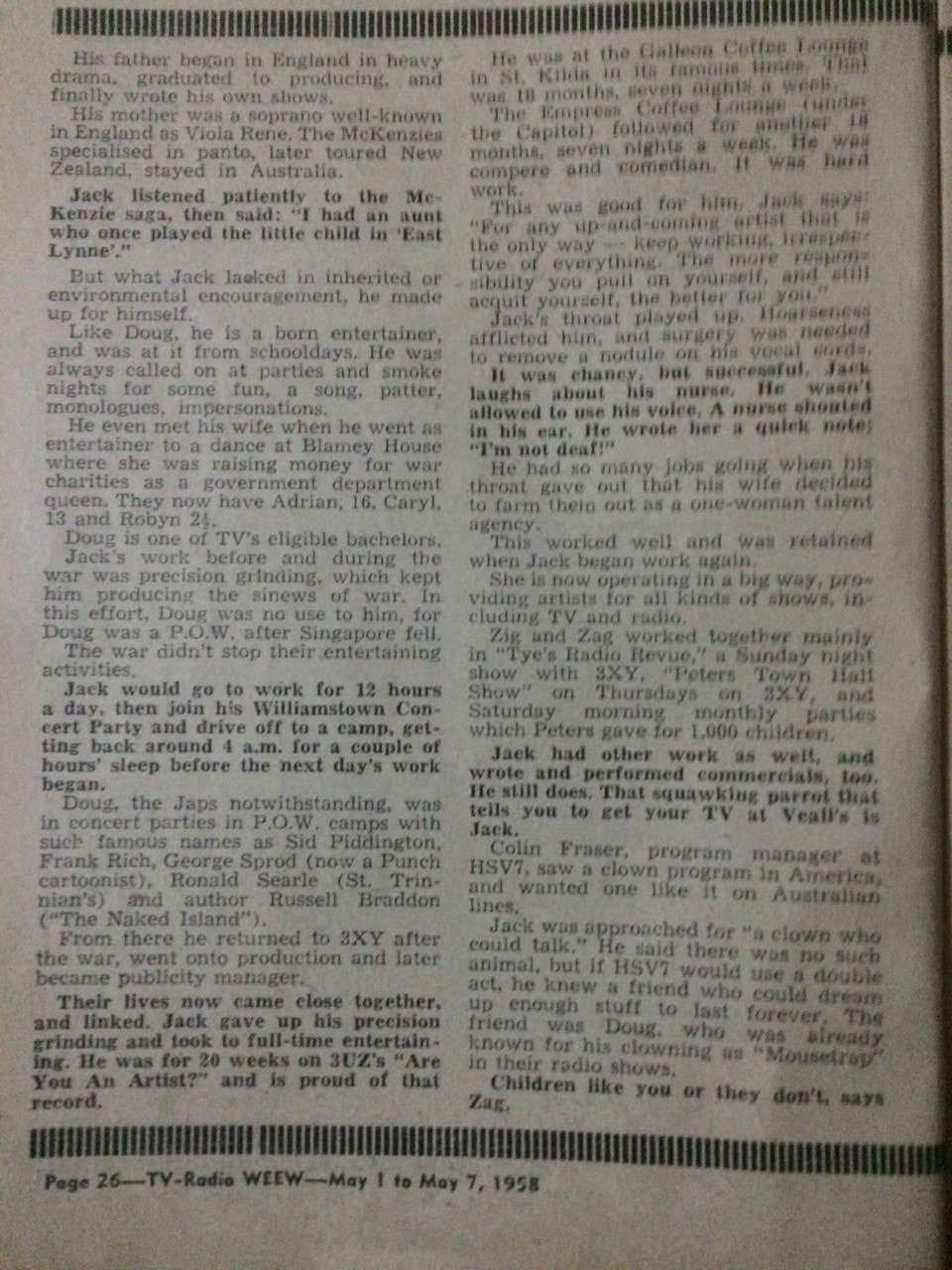 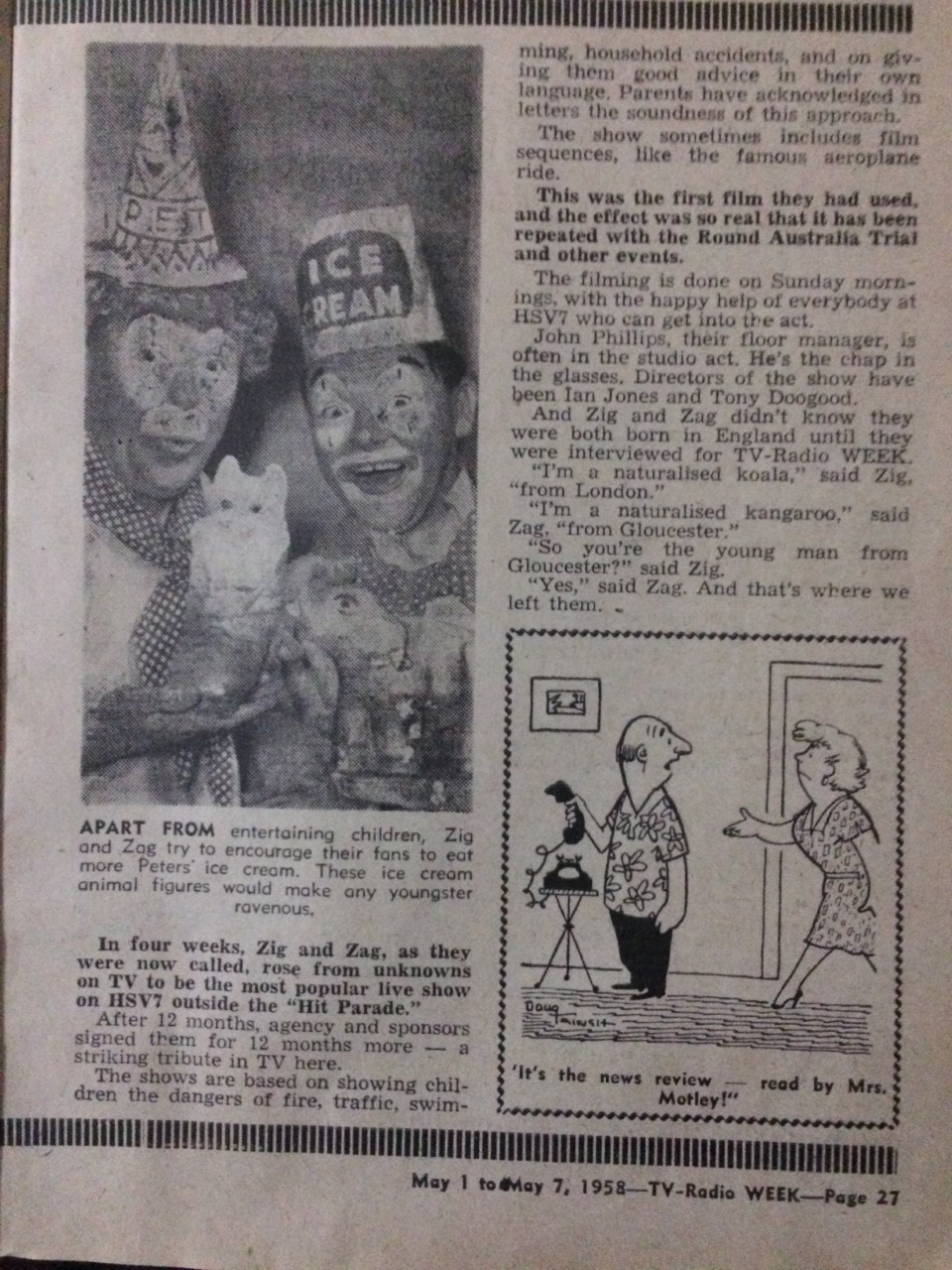