THE CHARGE OF BEERSHEBA - Story of Edward Randolph Cleaver 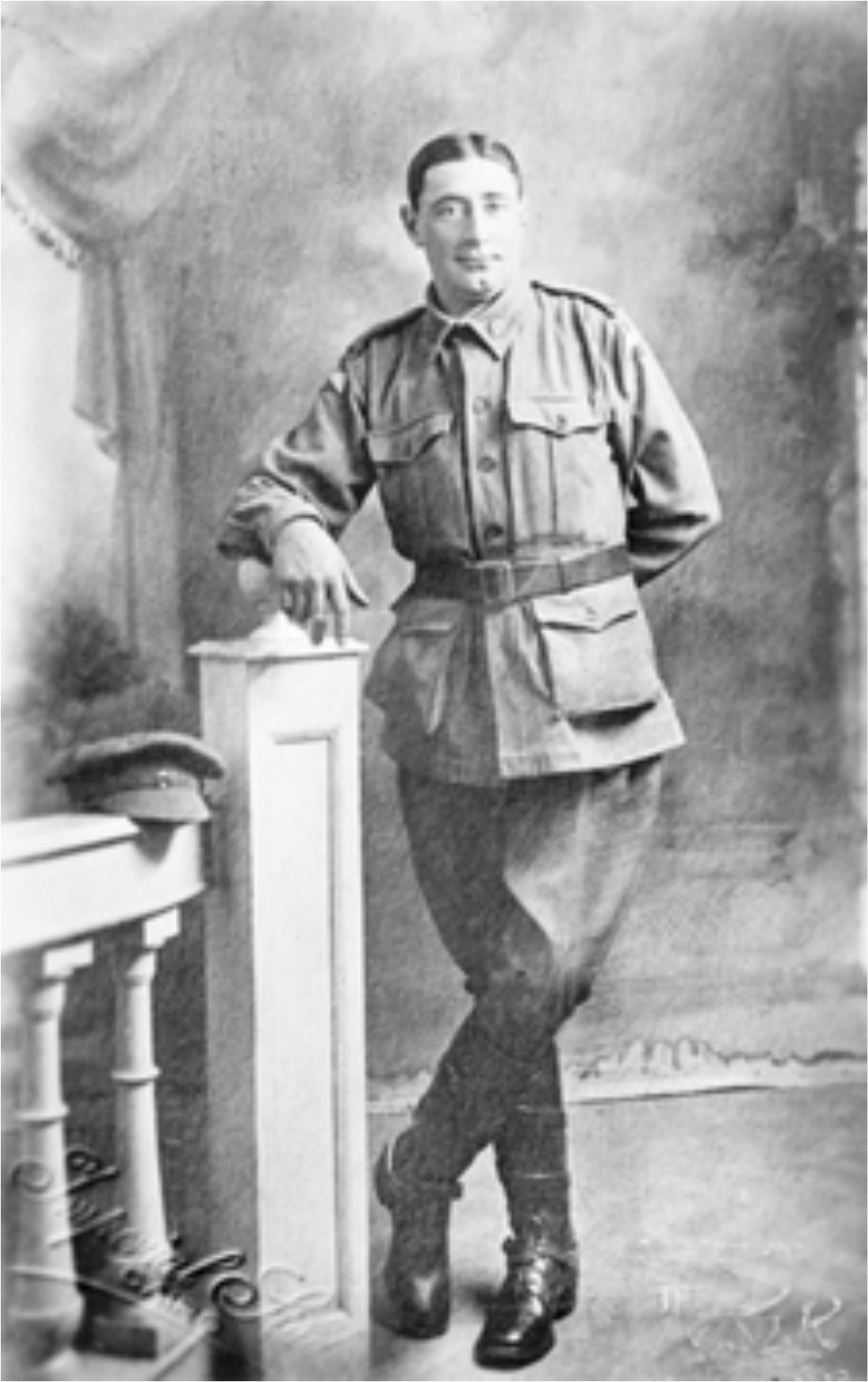 Edward Randolph Cleaver was born at Ferntree Gully in Victoria in 1886. His was the loved son of Edmond and Mary Cleaver. He had two sisters, Millicent and Adeline Cleaver. Edward enlisted aged 29 years and 6 months at Broadmeadows on the 19th of August 1914. Edward had previously served with the 10th Light Horse in 1910, 1911 and 1912. According to his sister Adeline, Cleaver was the first man in the town to have enlisted. On the 27th of August 1914 he completed his medical at Broadmeadows and he was fit for service. His commanding Officer appointed Edward to ‘A’ Squadron, Broadmeadows Camp. On the 19th of August 1914 he embarked from Melbourne with the 4th Light Horse Regiment aboard the HMAT Wiltshire. The light horse were considered unsuitable for the initial operations at Gallipoli, but were subsequently deployed without their horses to reinforce the infantry. The 4th Light Horse Regiment landed on 22 and 24 May 1915 and its squadrons were initially scattered to reinforce the infantry battalions already ashore. The regiment was not reunited until 11 June 1915. On the 27 of July 1915 Edward Cleaver’s unit reported to unit British Expeditionary Forces, Anzac. Much of the regiment’s time at Gallipoli was spent defending the precarious ANZAC position, most frequently around Ryrie’s Post, but its squadrons were involved in several minor attacks. It left the peninsula on 11 December 1915. Edward Cleaver disembarked into Alexandria – ex Caledonia on the 7 of February1916 sick with Laryngitis, and he was admitted to the 1st Australian General Hospital at Heliopolis. On the 28th of February 1916 he was discharged to overseas base Ghezireh, ex hospital. On the 21st of March 1916 Edward Cleaver re-joined his regiment, ‘A’ Squadron. He spent 1916 patrolling with his squadron around the Suez Canal in Egypt.
Like many of the troops he wrote home regularly, sending photos of himself and his mates in their small canvas shelters in the desert. "The desert", he wrote, "was better than Gallipoli where they were being fired at day and night. In the desert we can get on our horses and ride into the distance to get away from the noise of war." In April 1917 the battalion moved up into the Sinai desert in the wake of the main British and dominion advance, but continued to undertake security duties
The regiment’s first major battle would also become that which made it legendary. On 31 October 1917 an attack was launched to outflank the Turkish bastion of Gaza, against which two previous attacks had failed, by capturing another heavily defended town to the east - Beersheba. A deteriorating tactical situation late on the first day of the operation caused the 4th and its sister regiment, the 12th, to be unleashed on Beersheba at ‘The Gallop’- an action which has gone down in history as the Charge Of Beersheba. On the 31st of October 1917 Edward Randolph Cleaver took part in one of the most famous actions of the First World War, “The Charge of the Light Horse at Beersheba.” He was part of the first squadron to reach the enemy lines; his horse leapt over the first two trenches and then, as he dismounted to fight the Turks in the third trench, he was cut down by machine-gun fire. After the action it was noted by Major Jas Lawton that Trooper Cleaver died almost instanteously, and he was very courageous and a well-respected member of his regiment. Edward Randolph Cleaver was buried by Chaplain Dunbar.
On the 15th of February 1918 it was noted that there were 5 groups of graves that were located 2 miles south-east of Beersheba, 400 yards south of road. On the 4th 0f August 1924 Edward Randolph Cleaver’s remains was reburied at the Beersheba War Cemetery in Palestine.  Lest we forget.
David Doughty – ddoughty.com 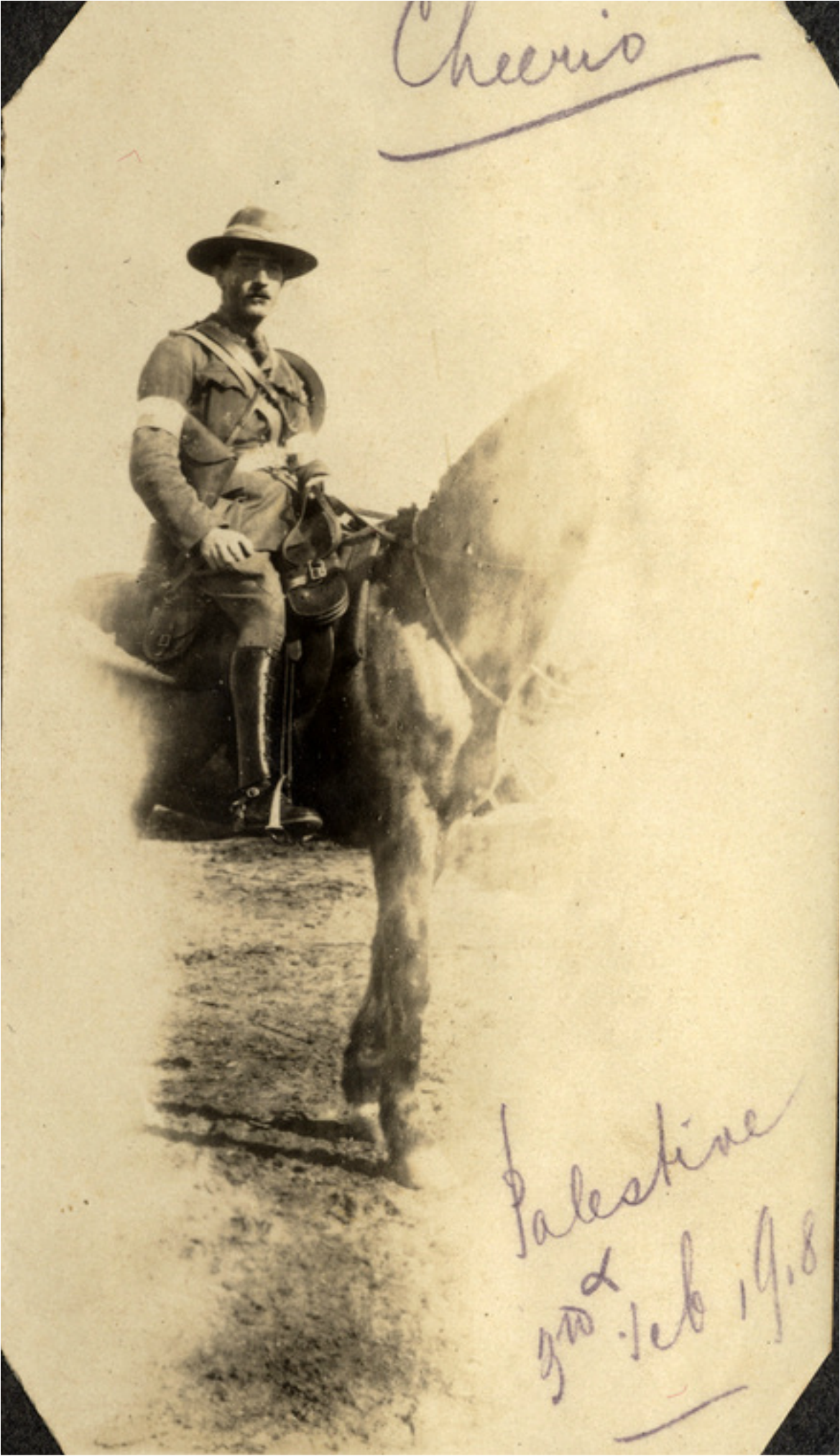 Lieutenant Thomas Gerald George Fahey, Australian Light Horse, World War 1
AT THE GOING DOWN OF THE SUN AND IN THE MORNING WE WILL REMEMBER THEM.