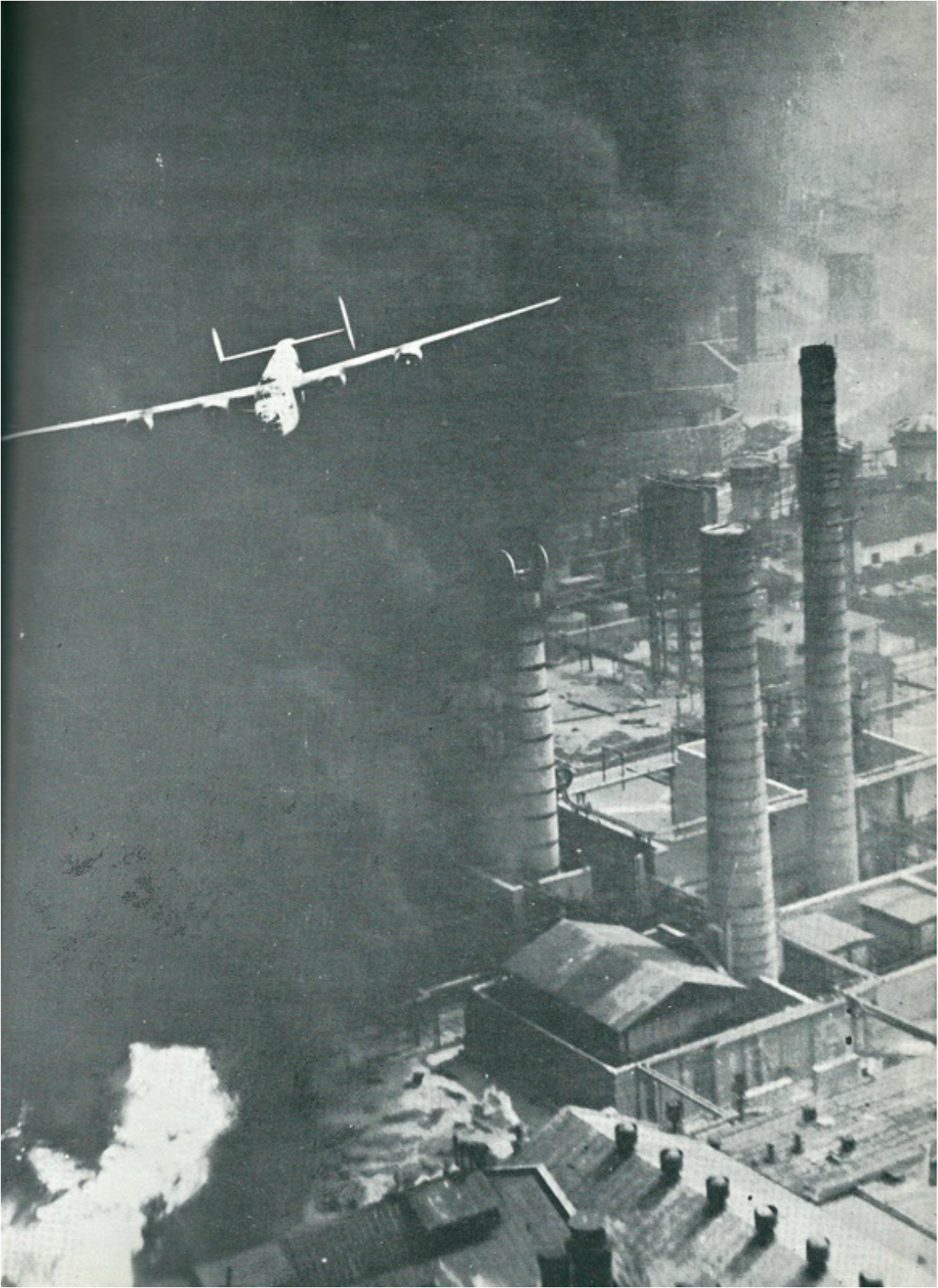 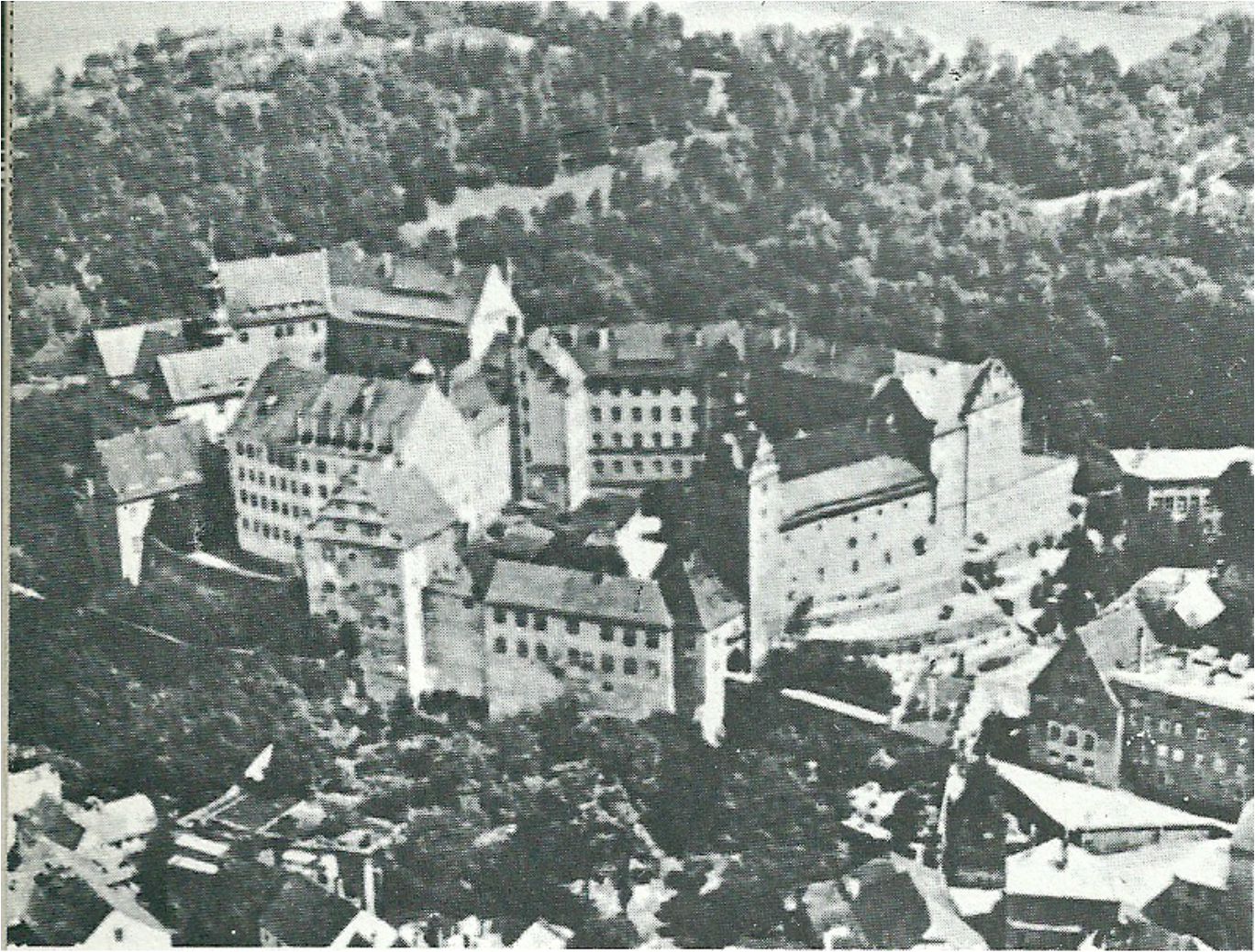 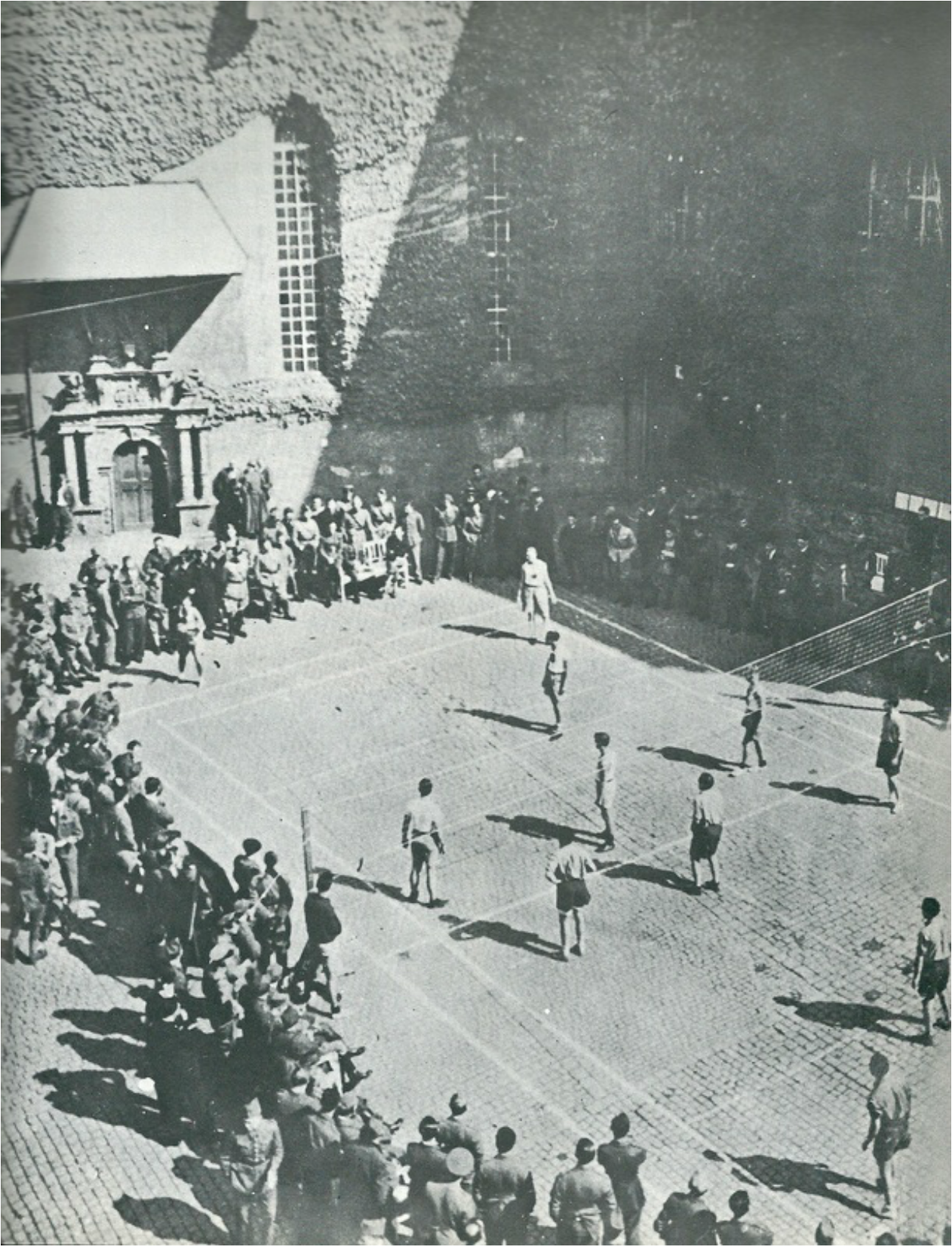 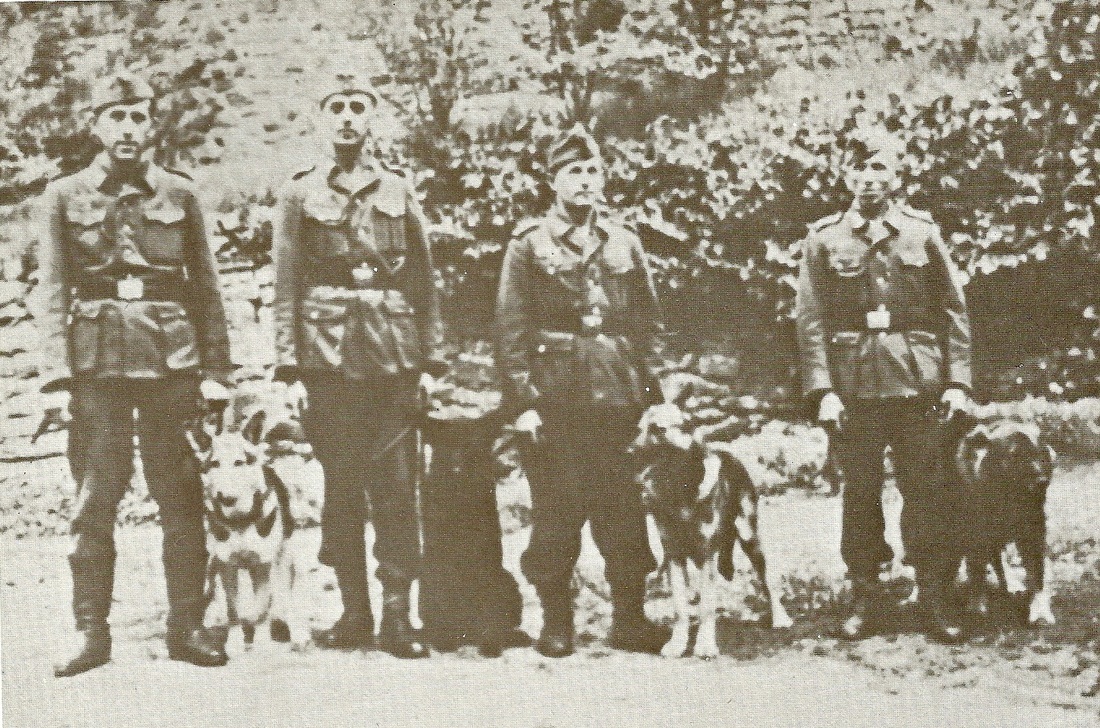 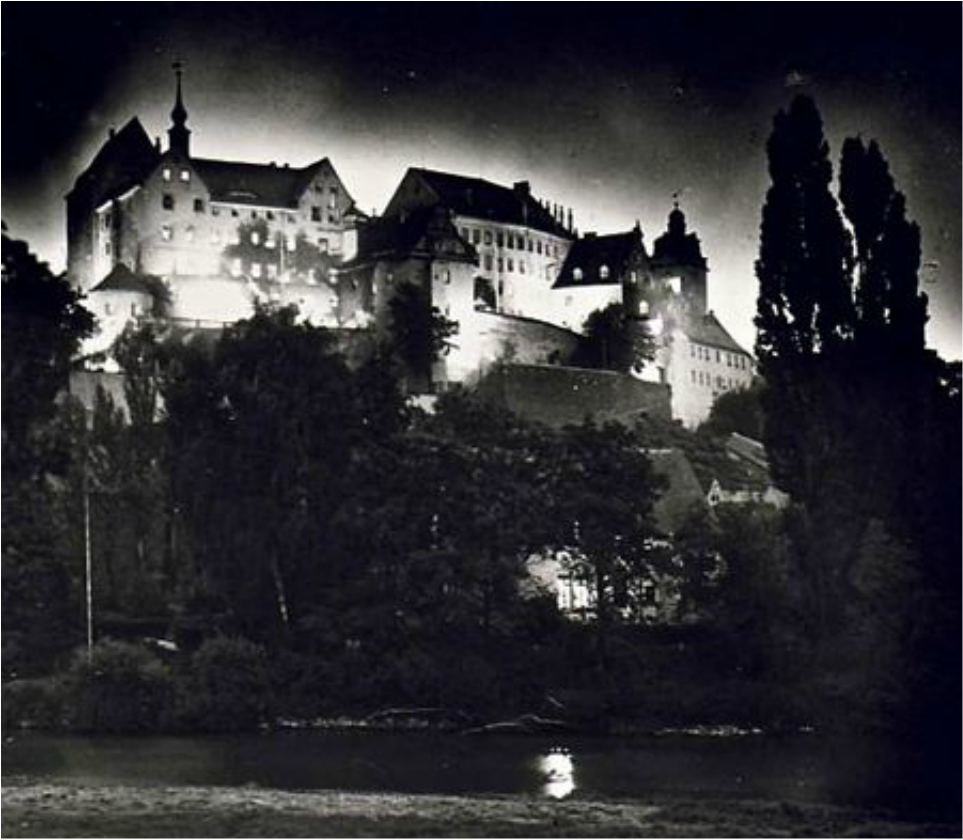 Colditz Castle 1943
Colditz History
Officers who had escaped from other POW camps or had otherwise given the Germans trouble were sent to this grim castle on the Mulde river.
This prison was unusual in having officers of different nationalities housed together in the same camp. Polish officers were the first residents, followed by British, Canadian, Australian, New Zealanders, Dutch, Belgian, and French.
Later in the war, the prisoners were predominantly British. A handful of Americans were also imprisoned there at the very end. A few enlisted men were kept there who acted as orderlies, basically servants, for the higher ranking officers.
Captain Reinhold Eggers, the former German security officer, wrote in his book, Colditz, The German Story, "You might think at first sight that the place was impregnable. It probably was, but apart from putting bars on the windows it had never really been built for the purpose of keeping people in. Breaking out was shown to be much easier than breaking in!"
The Germans had their hands full. With a castle full of escape artists, it became an advanced escape school, with techniques becoming more and more sophisticated as the years went by. 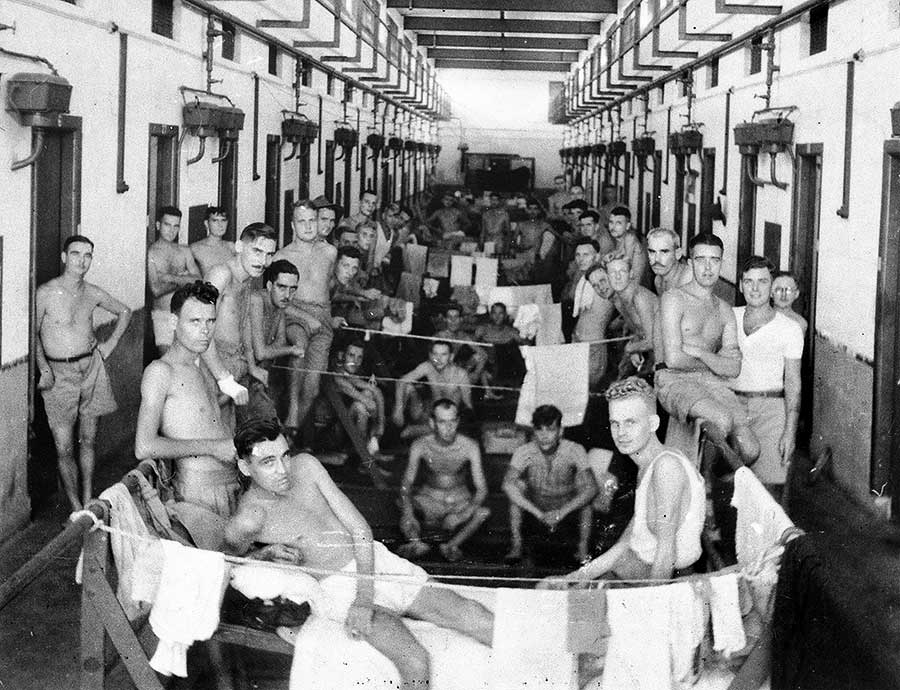 At Changi, prisoners enjoyed relative autonomy, whereas at Outram Road prisoners were frequently subjected to beatings. 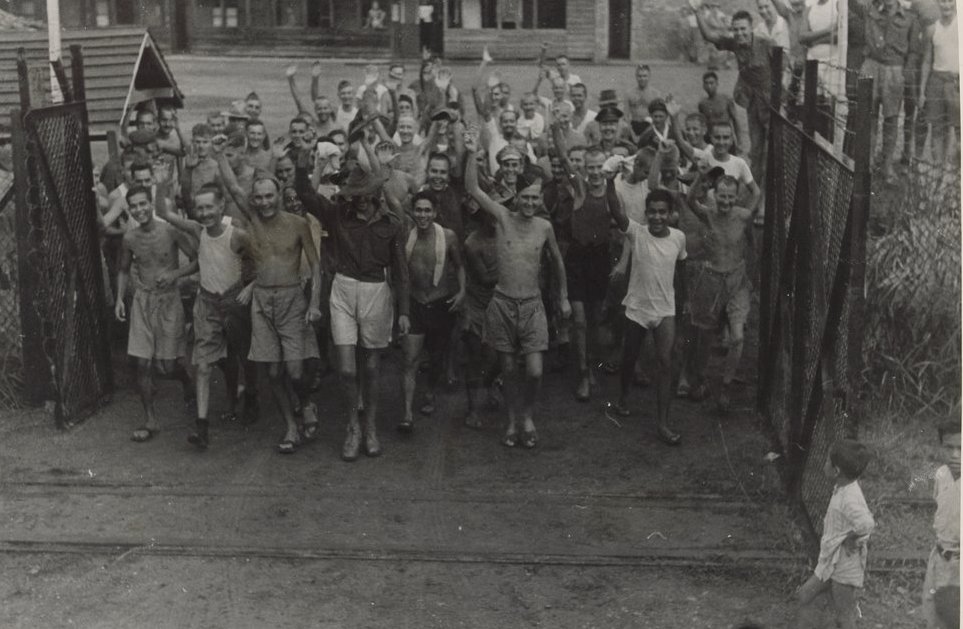 Allied prisoners of war after the liberation of Changi Prison, Singapore - c. 1945 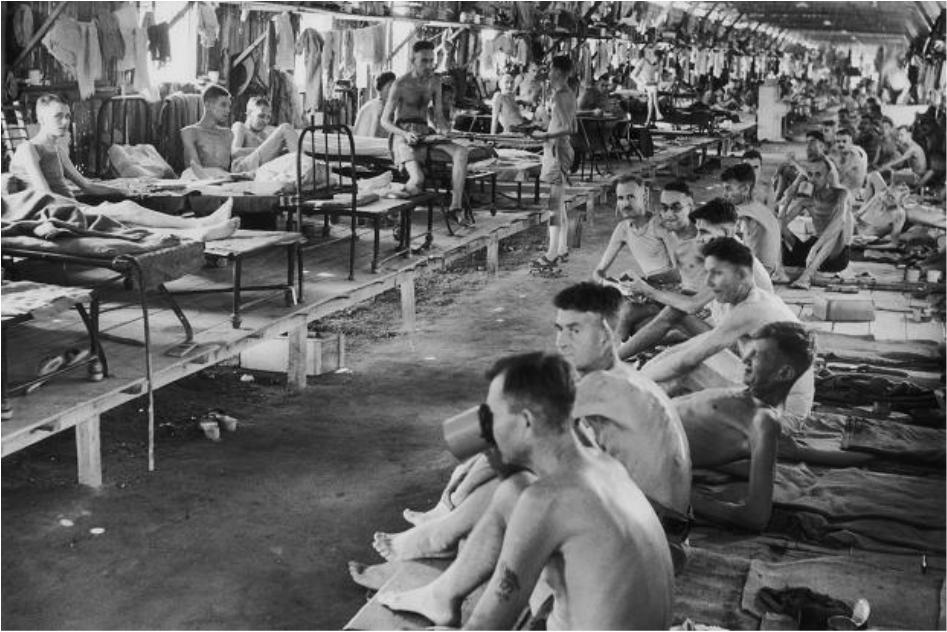 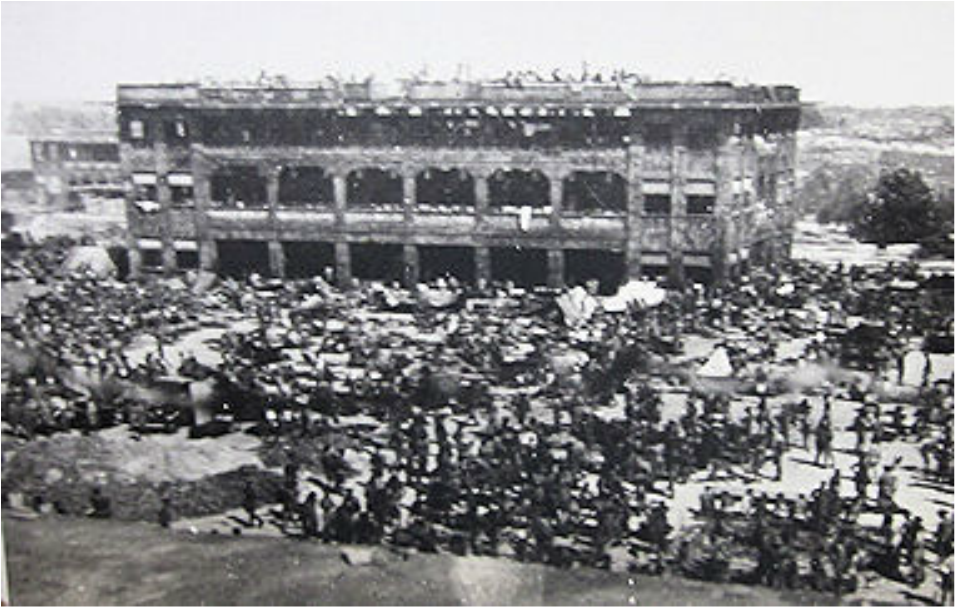 After the fall of Singapore, Selarang Barracks accommodated about 15,000 POWs.
Changi
The name Changi is synonymous with the suffering of Australian prisoners of the Japanese during the Second World War. This is ironic, since for most of the war in the Pacific Changi was, in reality, one of the most benign of the Japanese prisoner-of-war camps; its privations were relatively minor compared to those of others, particularly those on the Burma–Thailand railway.

For much of its existence Changi was not one camp but rather a collection of up to seven prisoner-of-war (POW) and internee camps, occupying an area of approximately 25 square kilometres. Its name came from the peninsula on which it stood, at the east end of Singapore Island. Prior to the war the Changi Peninsula had been the British Army's principal base area in Singapore. As a result the site boasted an extensive and well-constructed military infrastructure, including three major barracks – Selarang, Roberts and Kitchener – as well as many other smaller camps. Singapore's civilian prison, Changi Gaol, was also on the peninsula.
Most of the Australians captured in Singapore were moved into Changi on 17 February 1942. They occupied Selarang Barracks, which remained the AIF Camp at Changi until June 1944. For many, Selarang was just a transit stop as working parties were soon being dispatched to other camps in Singapore and Malaya. Initially prisoners at Changi were free to roam throughout the area but, in early March 1942, fences were constructed around the individual camps and movement between them was restricted. In August all officers above the rank of colonel were moved to Formosa (present-day Taiwan), leaving the Australians in Changi under the command of Lieutenant Colonel Frederick "Black Jack" Galleghan. Security was further tightened following the arrival of dedicated Japanese POW staff at the end of August 1942. The new Japanese commandant requested that all prisoners sign a statement declaring that they would not attempt escape. The prisoners refused en masse and, on 2 September, all 15,400 British and Australian prisoners were confined in the Selarang Barracks area. After three days a compromise was reached: the Japanese ordered the declaration be signed, thus making it clear that the prisoners were acting under duress, and the prisoners were returned to their original areas.
Throughout the war the prisoners in Changi remained largely responsible for their own day-to-day administration. The main contact with the Japanese was at senior-officer level or on work parties outside the camps. Extensive gardens were established, concert parties mounted regular productions, and a reasonably well-equipped camp hospital operated in Roberts Barracks. Damaged infrastructure was progressively restored and both running water and electric lighting were common throughout the Changi area by mid-1943. Camp rations and supplies were supplemented by the opportunities that work parties provided for both theft and trade. For a time even a university operated inside the AIF camp. However, most prisoner activities suffered after May 1942 when large work parties began to be sent out of Changi to work on projects such as the Burma-Thailand railway. In February 1942 there were around 15,000 Australians in Changi; by mid-1943 less than 2,500 remained.
In May 1944 all the Allied prisoners in Changi, now including 5,000 Australians, were concentrated in the immediate environs of Changi Gaol, which up until this time had been used to detain civilian internees. In this area 11,700 prisoners were crammed into less than a quarter of a square kilometre: this period established Changi's place in popular memory. Rations were cut, camp life was increasingly restricted and in July the authority of Allied senior officers over their troops was revoked. Changi was liberated by troops of the 5th Indian Division on 5 September 1945 and within a week troops were being repatriated. After the war Changi Gaol once again became a civilian prison, while the Changi military area was repaired and redeveloped for use by the British garrison. Following the withdrawal of British troops in 1971 the area was taken over by the Singapore Armed Forces and still has one of the main concentrations of military facilities on the island. Roberts Barracks remains in use but the original buildings at Selarang were demolished in the 1980s. Changi Gaol was scheduled for demolition in the second half of 2004, although the original entrance gate and a section of the outer wall were preserved as a memorial. A museum and replica of one of the chapels built by Allied prisoners in the Changi area have been opened on the road between Changi Gaol and Selarang Barracks. In 1988 one of the original prisoner-of-war chapels was transported to Australia, re-erected in the grounds of the Royal Military College, Duntroon, and dedicated as the national memorial to Australian prisoners of war.