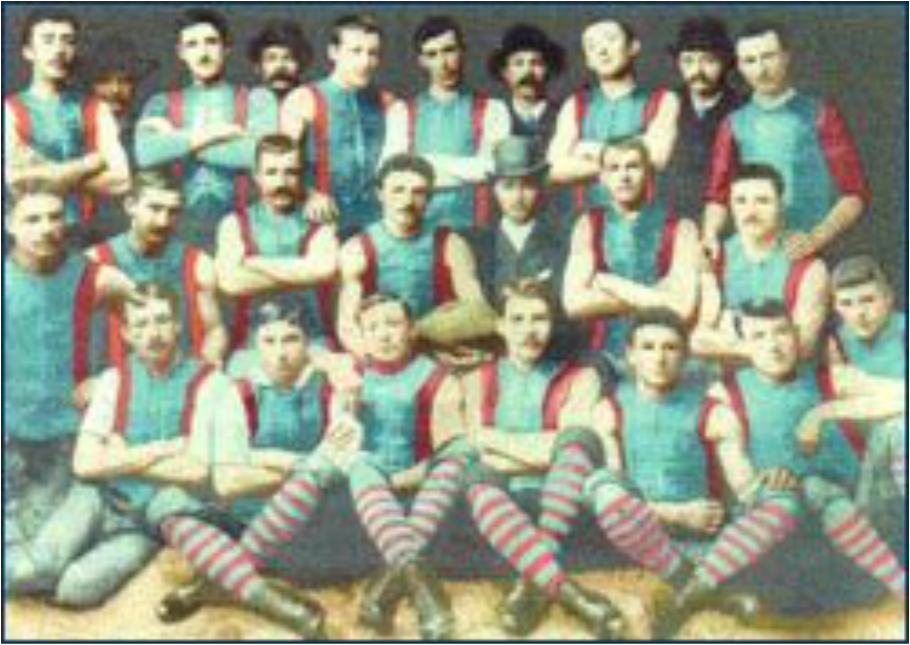 The Port Melbourne Football Club was founded in 1874

Fire at the Sandridge sugarworks in 1875 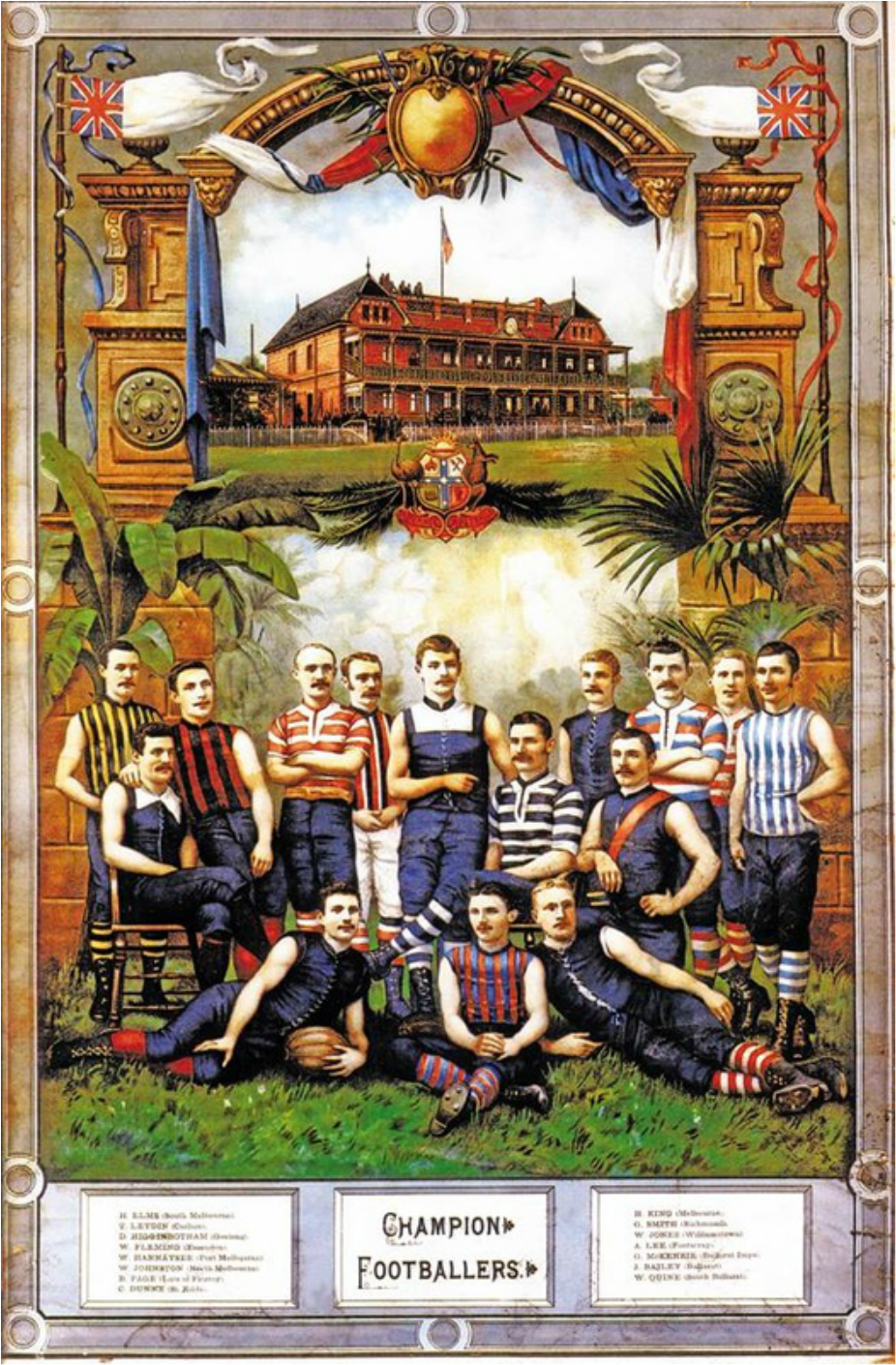 This magnificent lithograph is believed to have been produced in 1888. Four Carlton players appear, Tommy Leydin is standing in the centre, while former Blues' champion George Smith who was Richmond's inaugural captain, is back far left, Smith retired at the end of this season. The other former Carlton players are Billy Hannaysee, front middle, the then captain of Port Melbourne, and Jasper Jones standing to our right of Leydin. The University Club is not included, and did not compete in 1889, so this image may have been made for the 1889 season. Note: Essendon's guernsey is blue with a red sash. The M.C.G. is featured in top of the picture, which was Carlton's home ground 1885 - 1890, while Melbourne played it's home games on the Friendly Societies' Ground. Unfortunately the names do not correspond to where the players are pictured. April 2015 & Blueseum now has the names, courtesy of Dave Eastman "from www.hardballget.net(external link)" Standing - Left to Right: George Smith (Richmond), W. Quine (Sth. Ballarat), Henry "Sonny" Elms (South Melb.), C. Dunne (St.Kilda), Tommy Leydin (Carlton), W. Jasper Jones (Williamstown), A. Lee (Footscray), Ben Page (formerly Fitzroy, now South Melb.) W. Johnston (North Melb.) Seated: G. McKenzie (Ballarat Imperials), Dave Higginbotham (Geelong), William Fleming (Essendon) Front: H. King (Melbourne), Billy Hannaysee (Port Melb.), J. Bailey (Ballarat). 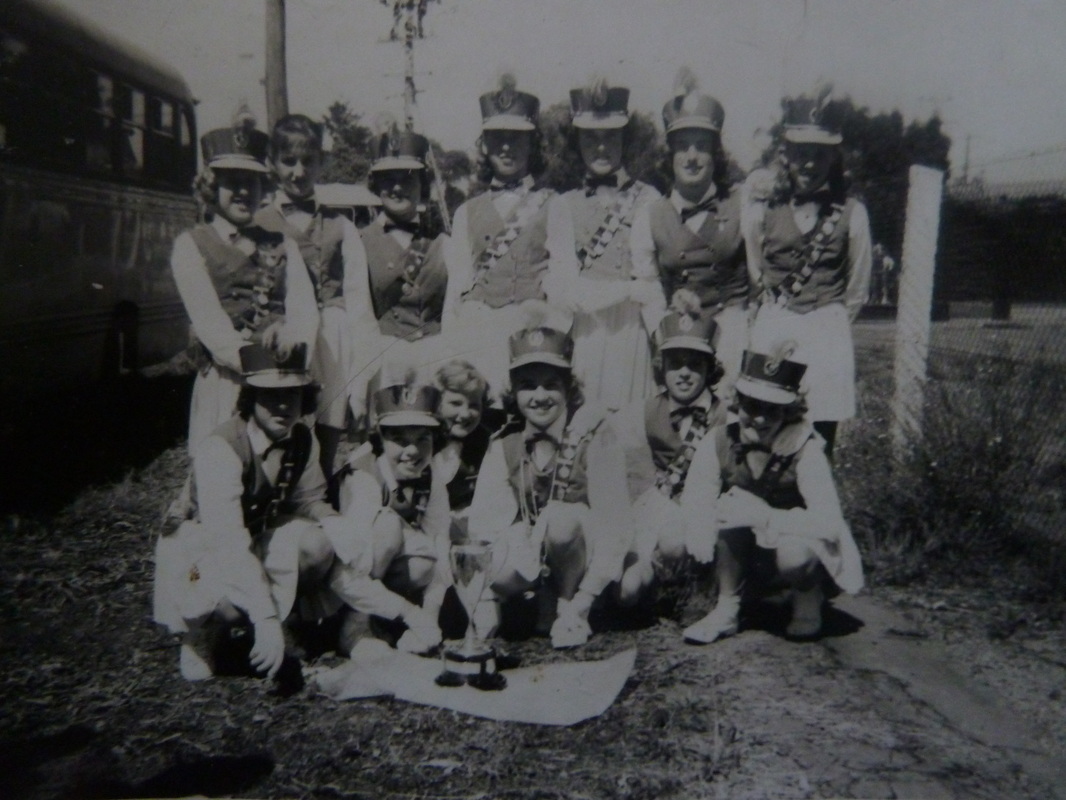 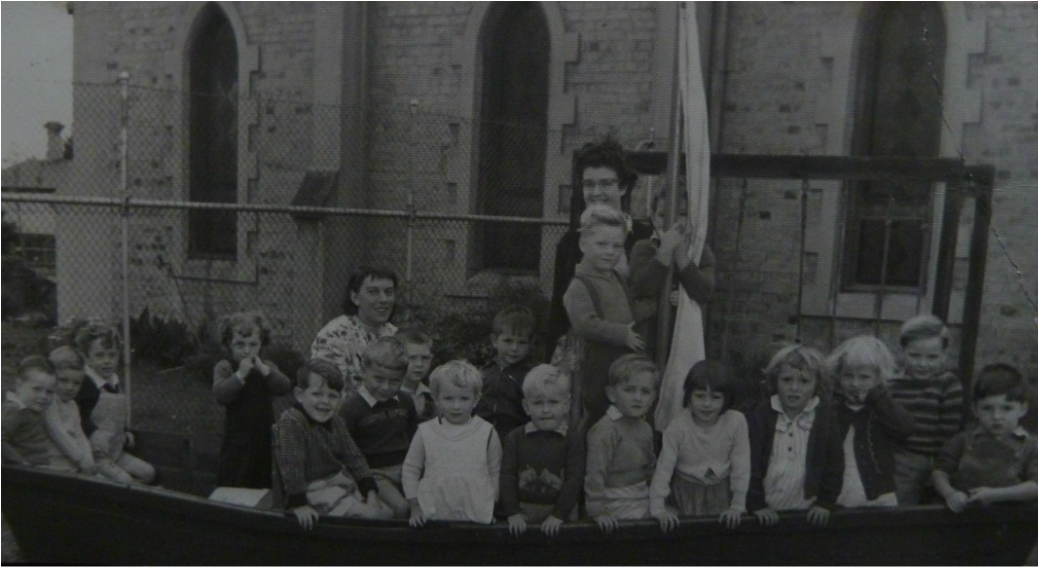 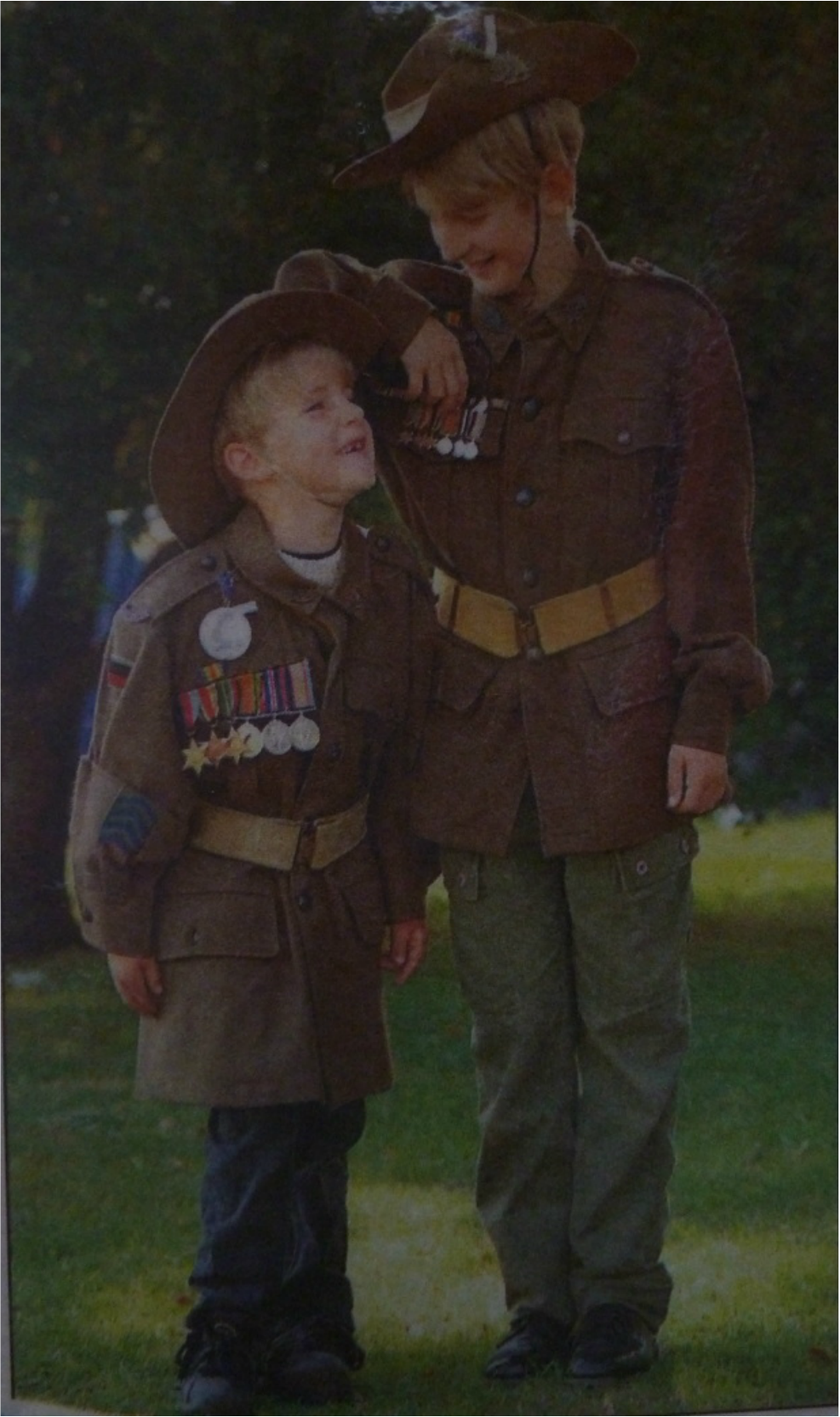