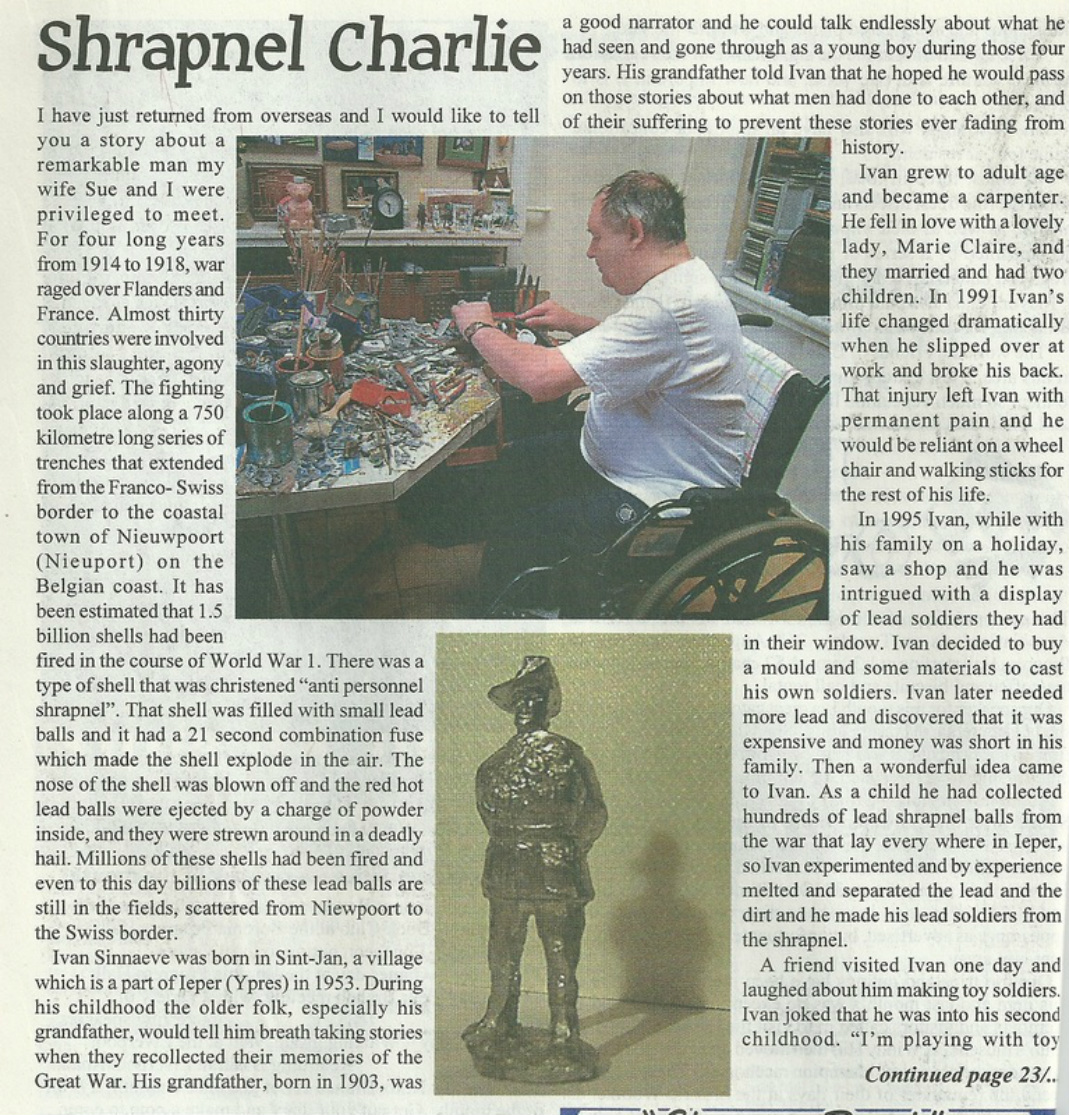 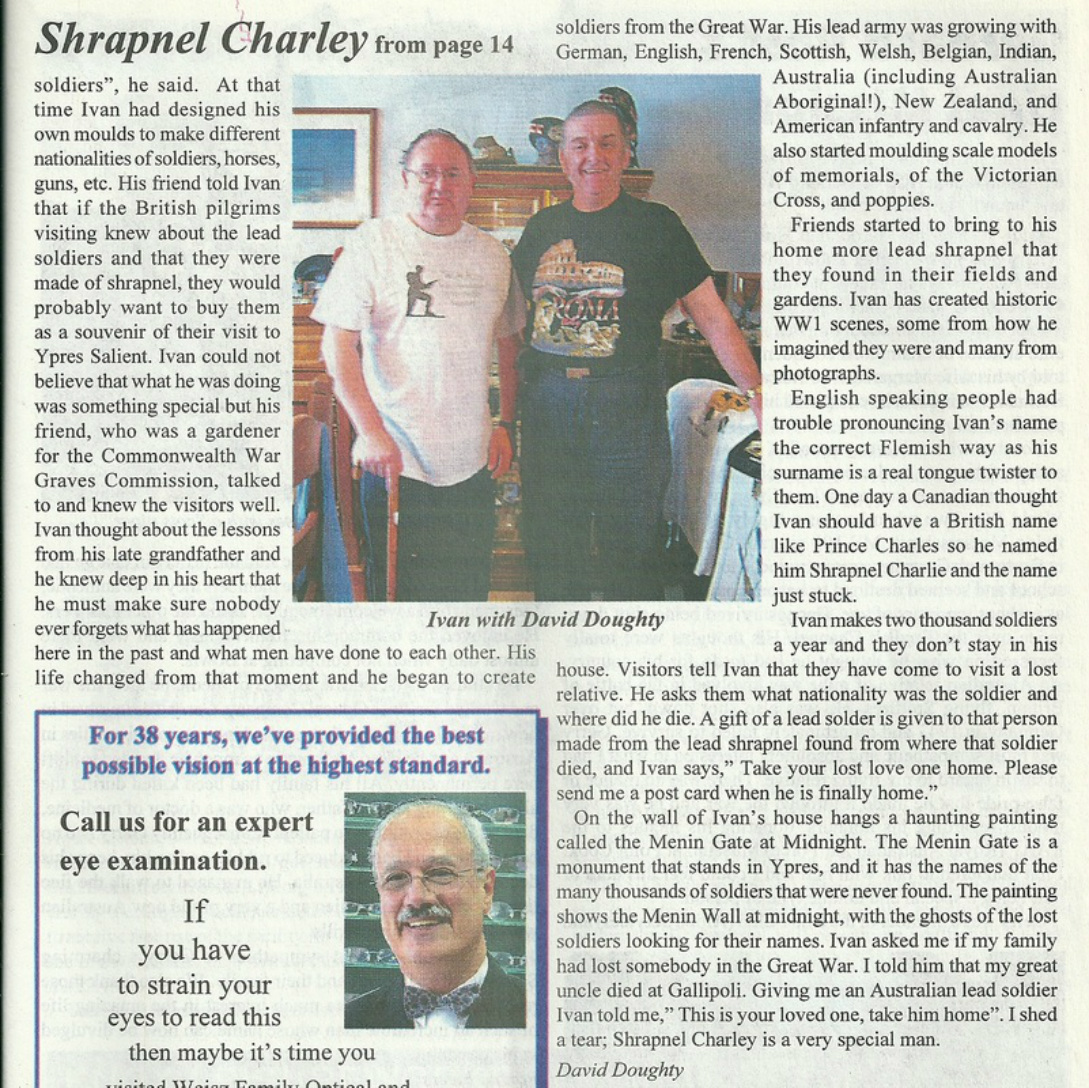 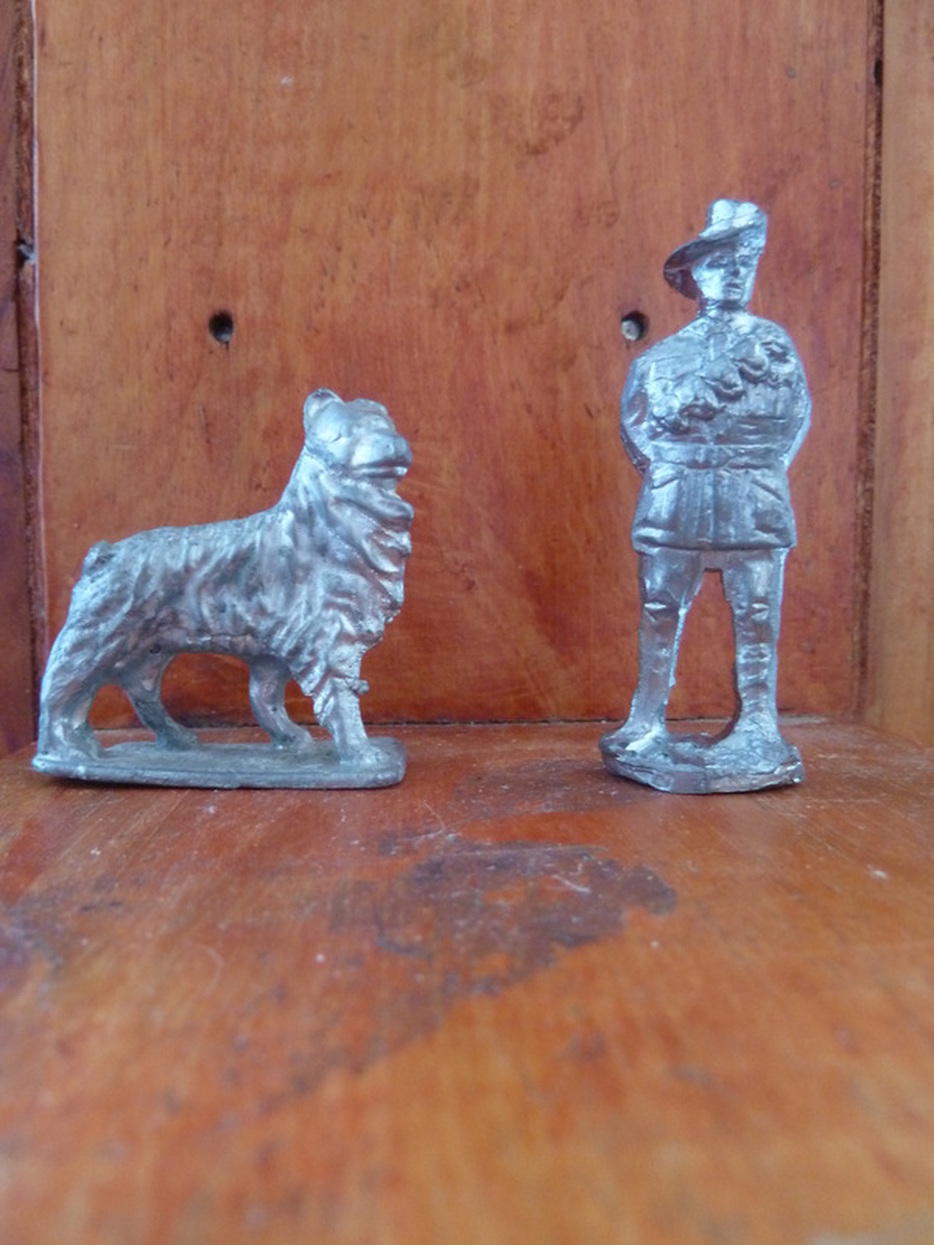 A present of a dog and a ww1 australian soldier given to my WIFE sue and i from the late ivan sinnaveve (shrapnel charlie) back in 2005. they are made from original ww1 lead shrapnel picked up around the killing fields of belgium and melted down by ivan.  1 gave him a present, a ww1 australian hat badge for his collection. australian wwi badges are a prized item in belgium anD VERY MUCH sort after by collectors THERE.
iVAN (SHRAPNEL CHARLIE) DIED IN 2012
- david doughty

Shrapnel Charlie
He was a carpenter suffering idleness following a
severely disabling work accident and looking for some activity to occupy his
idle hours. He had to keep his hands busy to keep his mind off on his constant
pain. He could also not escape from where he lived. Ivan Sinnaeve lived in the
heart of the Ypres battlefield of the First World War. Ypres was a
provincial town whose glory days were in the Middle Ages. It was seldom thought
of outside the region until the opening months of the war. The initial German
invasion of 1914 had carried across most of tiny Belgium before being stopped at
the gates of the city by an Allied Army of French, Belgian and British soldiers.
However, the action had left Ypres at the base of a protruding salient into
enemy lines under continuous observation from enemy controlled high ground. For
the next four years the German Army tried to eliminate the salient and the
British Army defended it. Ypres was shelled, bombed, cursed, and so many people
died thousands of times over. In military texts the battles around Ypres are
given numerical titles; the 1st Battle of Ypres, the 2nd Battle of Ypres, the
3rd, the 4th. To the survivors, however, the battles have other names; the Gas
Attack – the first use of poison gas in warfare in April 1915; Messines Ridge –
the simultaneous explosion of nineteen mine shafts under German lines which
obliterated 10,000 soldiers; and the ultimate obscenity - the Battle of
Passchendaele.  Passchendaele was trenches filled with water by seemingly
unending rainfall; it was continuous artillery bombardment creating a moonscape
of mud and water filled shell craters; it was the suffocating necessity of
wearing gas masks; Flares illuminating the barren landscape at night; enemy
barbed wire needing to be cut or friendly wire needing to be repaired; machine
guns spattering across the mire during the night. It was the total absence of
dry clothes, of warm feet,of hot food, and of sleep. Passchendaele was wounded men
slowly slipping down the side of ditches to drown in the mud and blood and filth. After the war, the  Commonwealth War Graves Commission erected a memorial to the men whose bodies had not been recovered from such a hellish battlefield. At the exit of Ypres
towards Menin, Belgium, the passage closest to the battlefield, they built the
Menin Gate Memorial. On the memorial’s walls, white limestone panels list the
names of those men who died in the Ypres salient and have no known grave. After
54,896 names, they ran out of room.  1: Ypres Menin Gate We had been on
the Ypres battlefield for several days when we heard the story of Ivan Sinnaeve,
better known by British battlefield visitors as Shrapnel Charlie. He lived in  Saint-Jan, actually in no man’s land as it turned out. Saint-Jan was so obliterated during the war that returning refugees had difficulty identifying its original location. Charlie’s family located their house by a chest  containing his grandmother’s broken dishes.  As therapy after his crippling  accident, Charlie obtained some moulds for the making of lead soldiers. He  started to turn lead balls that had been used with such deadly effect in
shrapnel shells into lead soldiers. His soldiers, carefully and painstakingly
painted to present the uniform of various regiments, became popular. So much so
that the local farmers made it a regular habit to collect the lead balls as they
cleared their fields for the spring planting. Visiting regiments were frequently
presented with a company of Charlie’s soldiers, mounted and in military
formation on finely finished wooden plaques. They were for sale at a very
moderate price and we wanted to visit the now famous ‘Shrapnel Charlie’. We
knocked on the door of a pleasant home on the main street of Saint-Jan. Charlie’s
wife, Marie Claire, answered the door and invited us into their kitchen. They
were just finishing breakfast you see, but Charlie wouldn’t miss an opportunity
to chat with some Yank visitors.   Charlie was a mile-a-minute story
teller who graciously showed us his collections, his moulds, and the foundry in
his little garden shed where the castings were made. With great pride, he walked
us through his garden to the concrete pole in his yard that his father had
covered with broken fragments of his mother-in-law’s ceramic dishware. ‘He never
liked her anyway’, he jokingly added.  Often, after retelling stories of
the war, Charlie’s father had advised him, “Make sure that nobody ever forgets
what has happened here in the past and what men have done to each other.”
Charlie’s objective became to make one lead soldier for every name inscribed
upon the Menin Gate. He felt that if he did so, the men would no longer be lost
and that they could be taken home. Their bodies would continue to exist in his
gaily decorated lead models. A little existentialist, perhaps, certainly
over-ambitious.  Although Charlie did not have any ‘Yanks’ in his
inventory, he did have a mould for them. Nine months after our visit a packaged
arrived – post marked from Ieper. It contained two beautifully executed,
appropriately decorated, American infantrymen.  Charlie passed away on 13
March 2012 at age 58.  We don’t know if he ever achieved his goal of 55,000
lead soldiers, but he accomplished plenty.
Thanks, Charlie - Rest In Peace - Lest We Forget 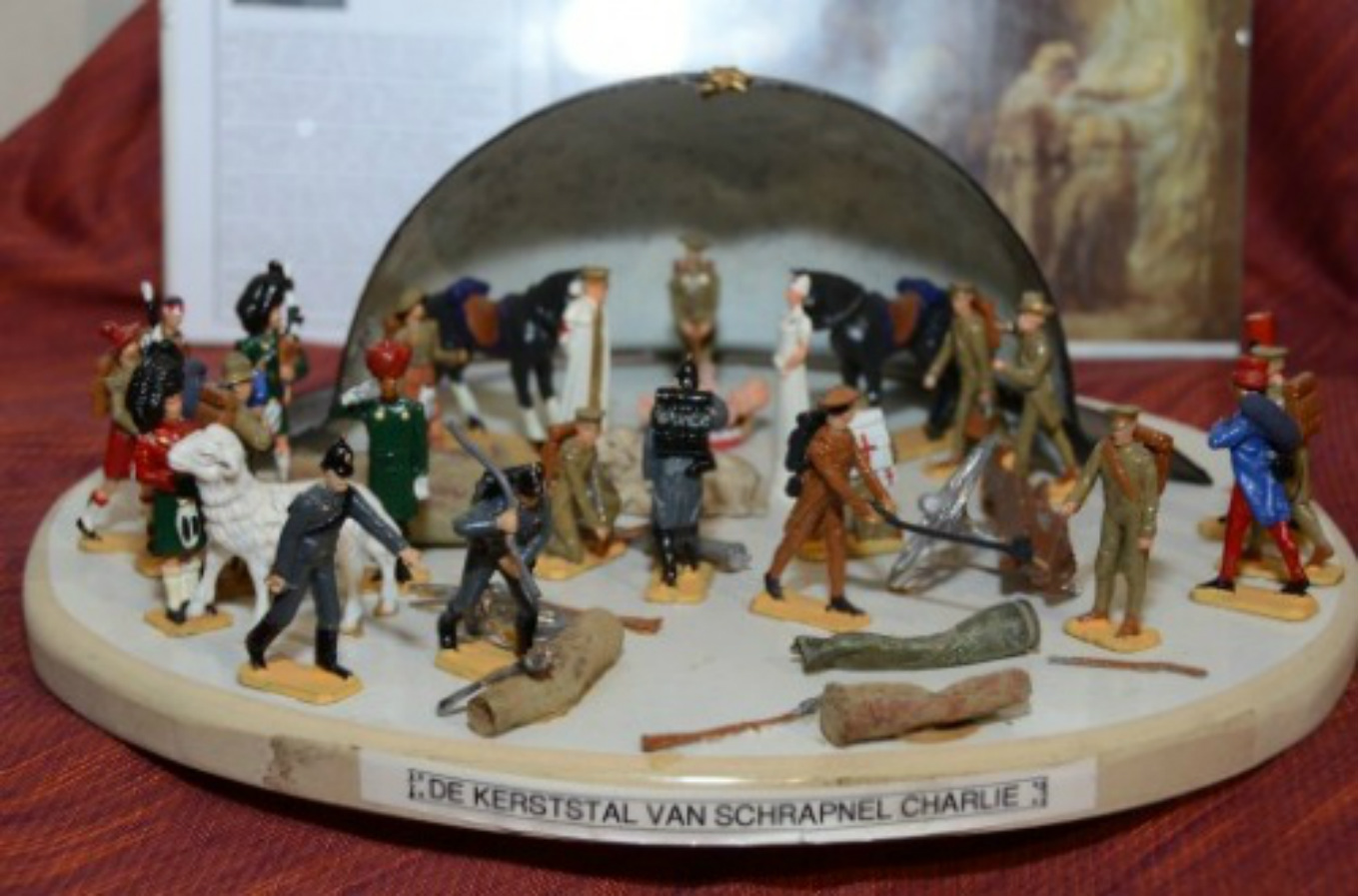 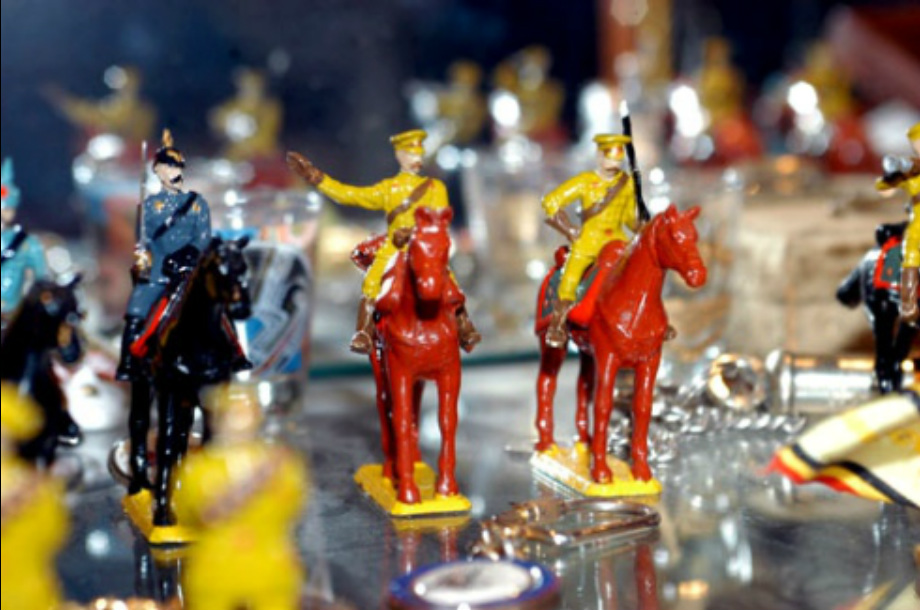 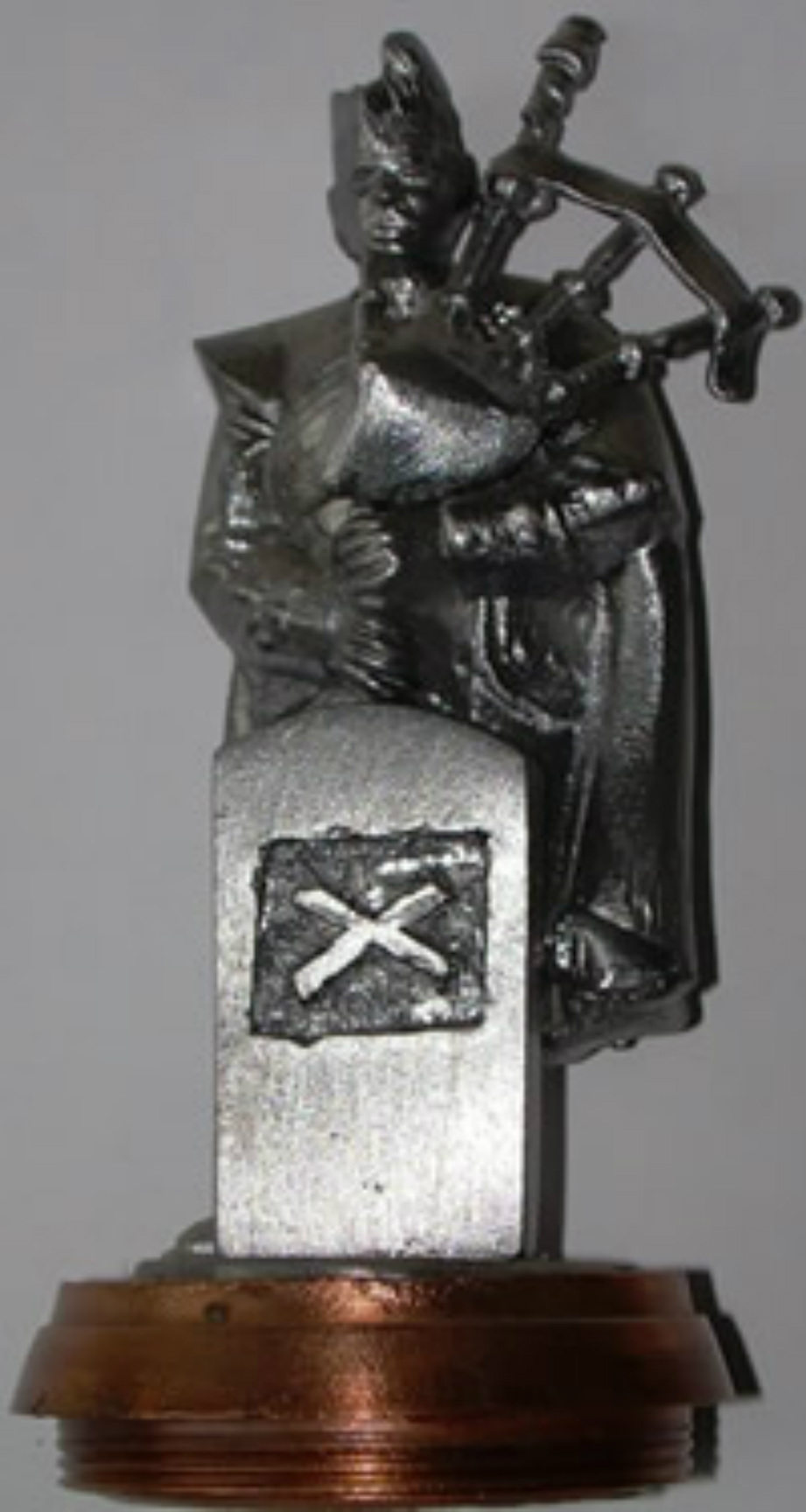 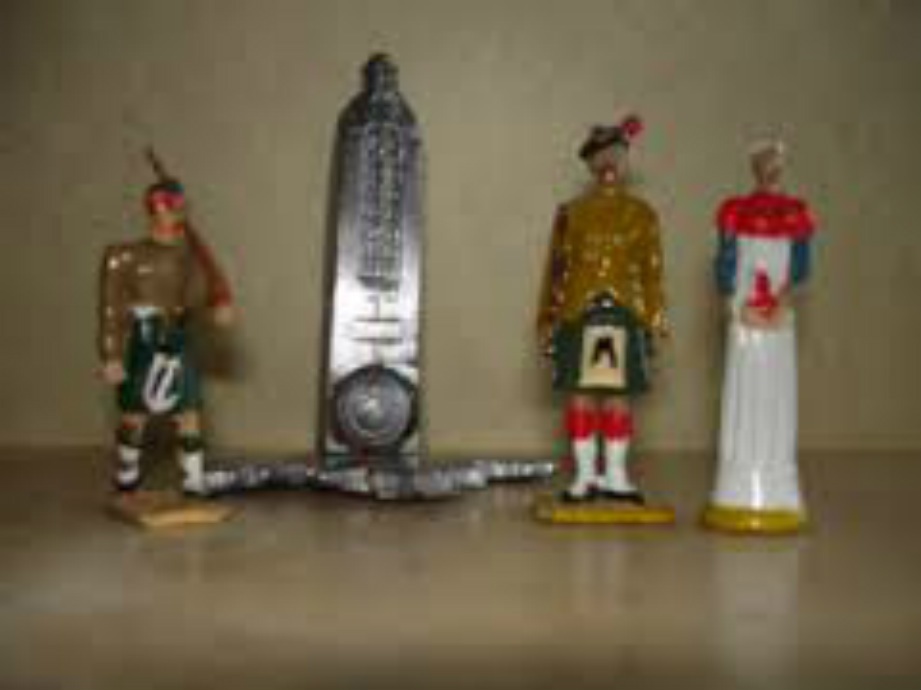 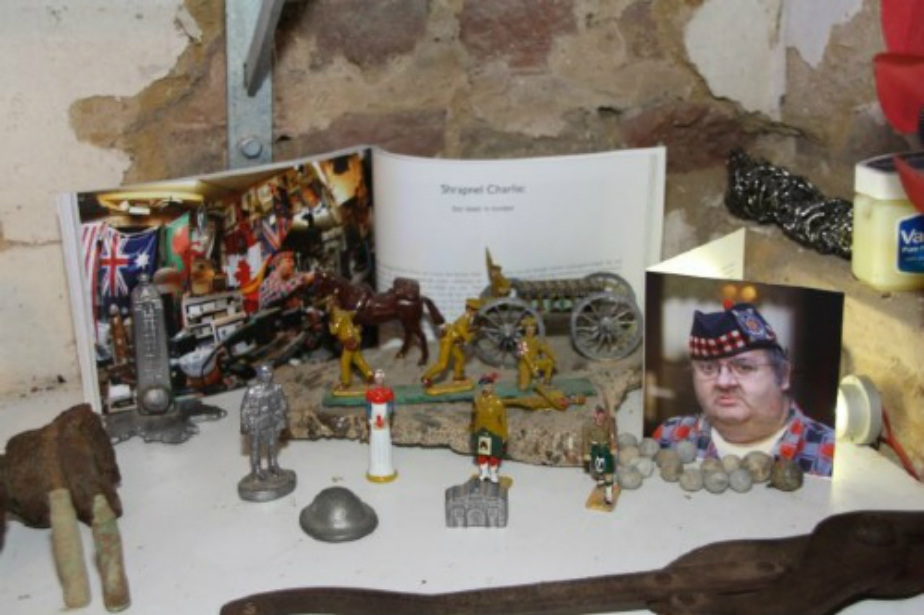 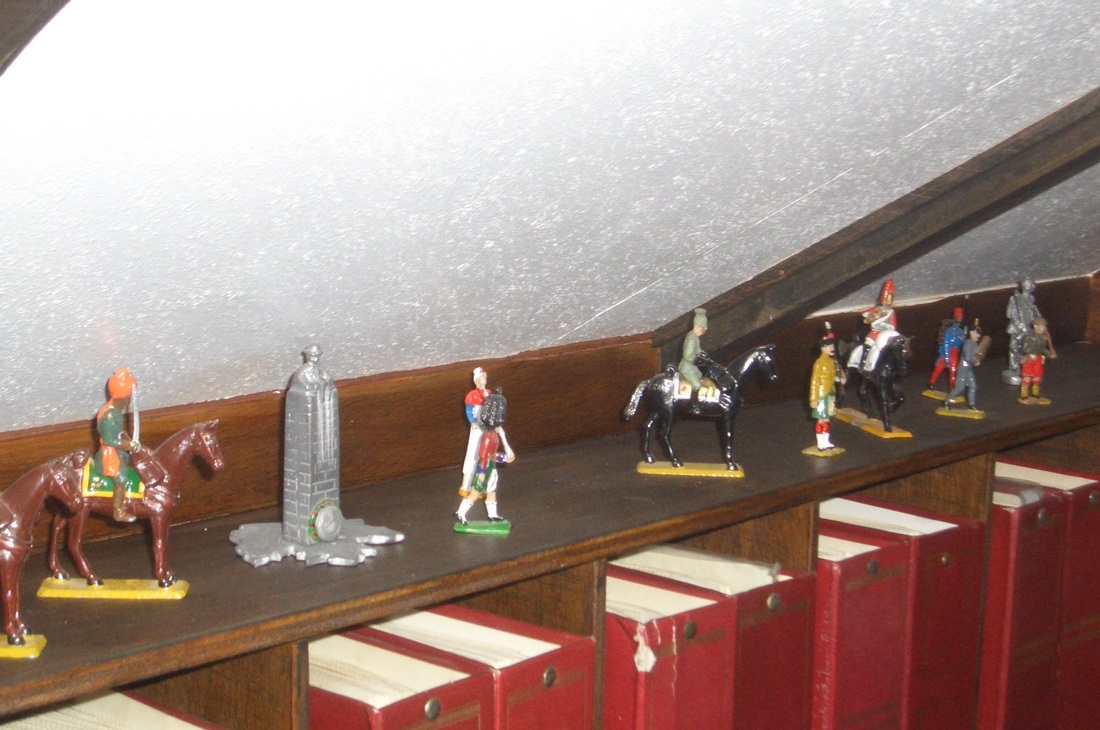 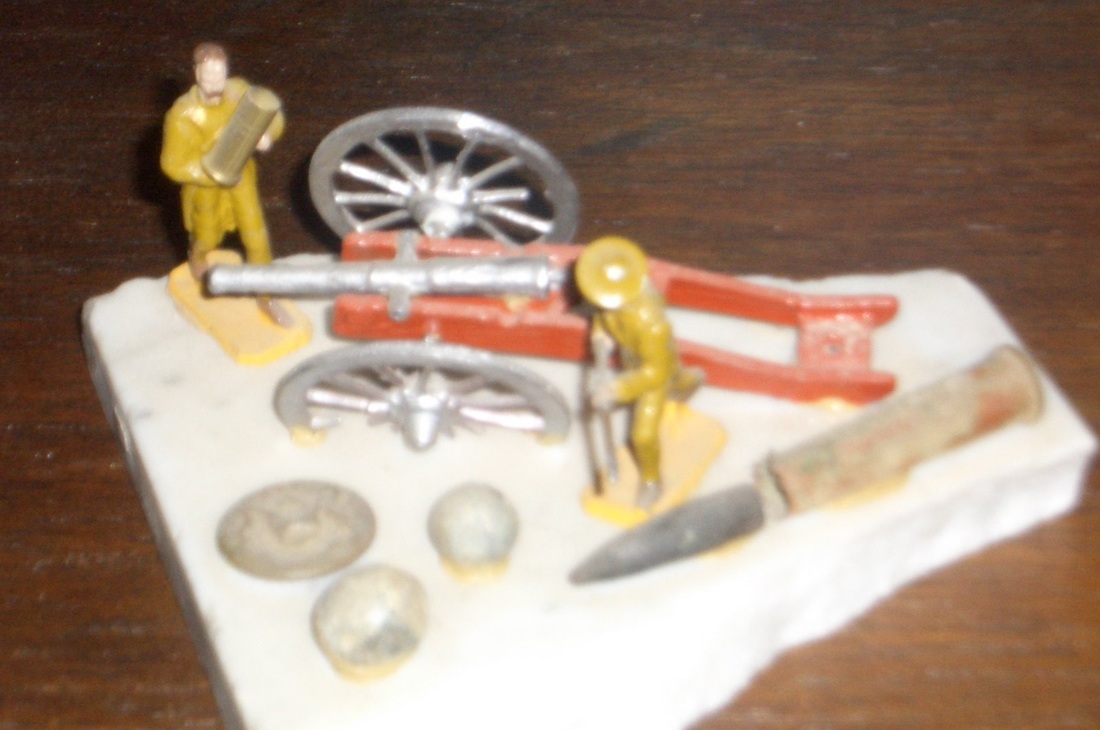 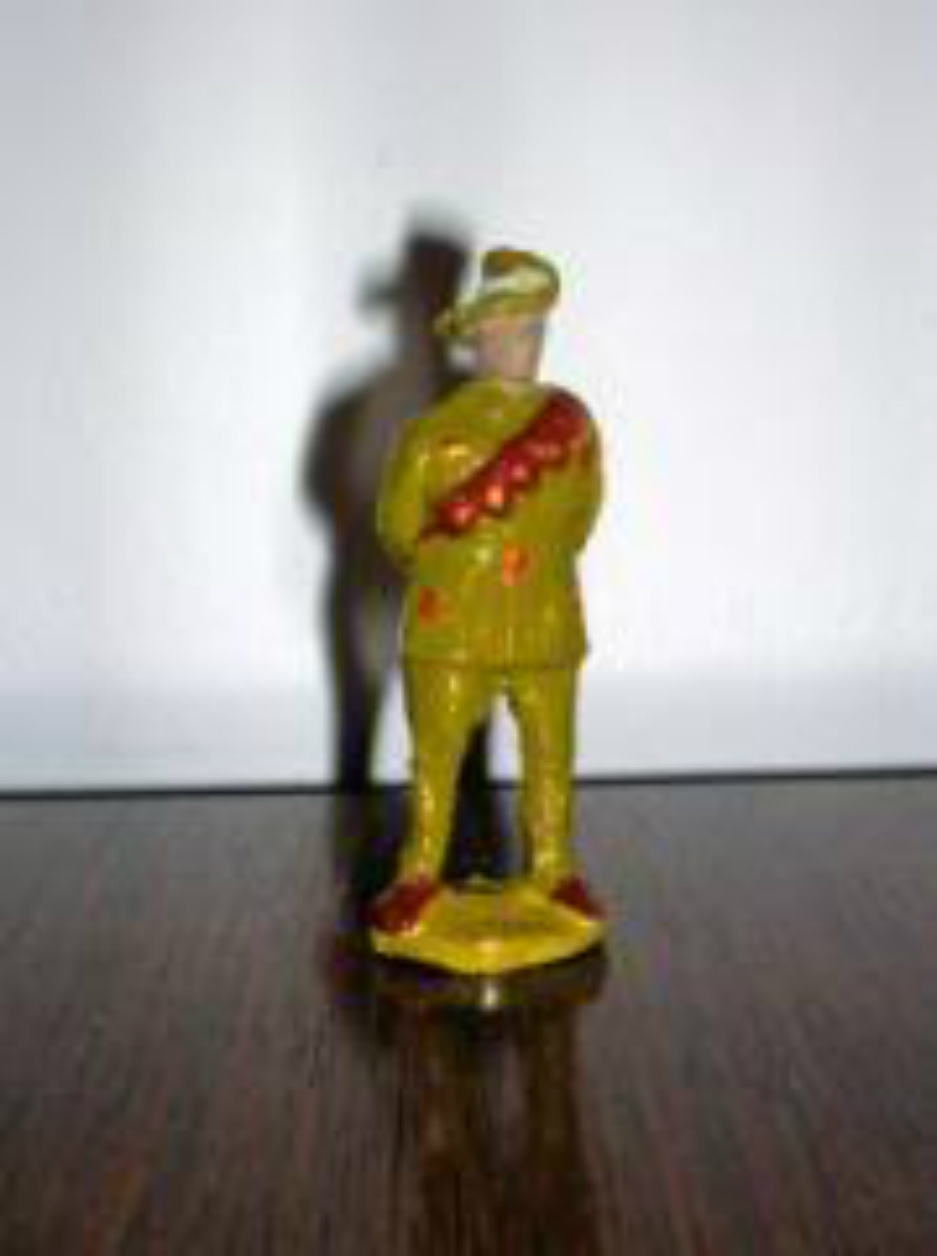 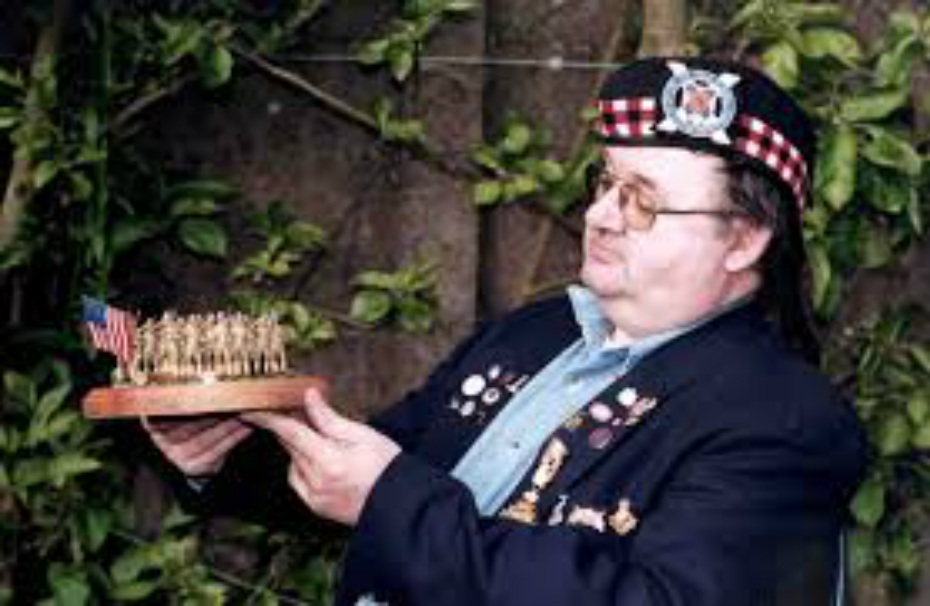 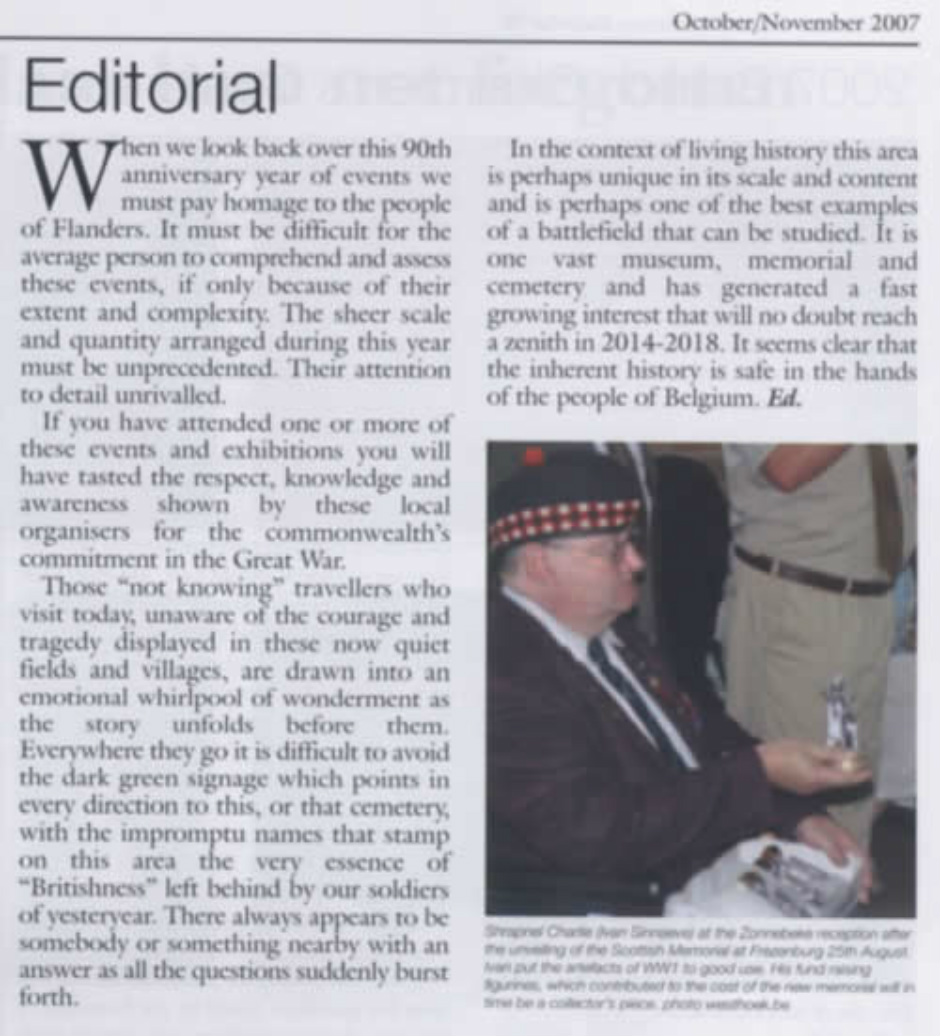 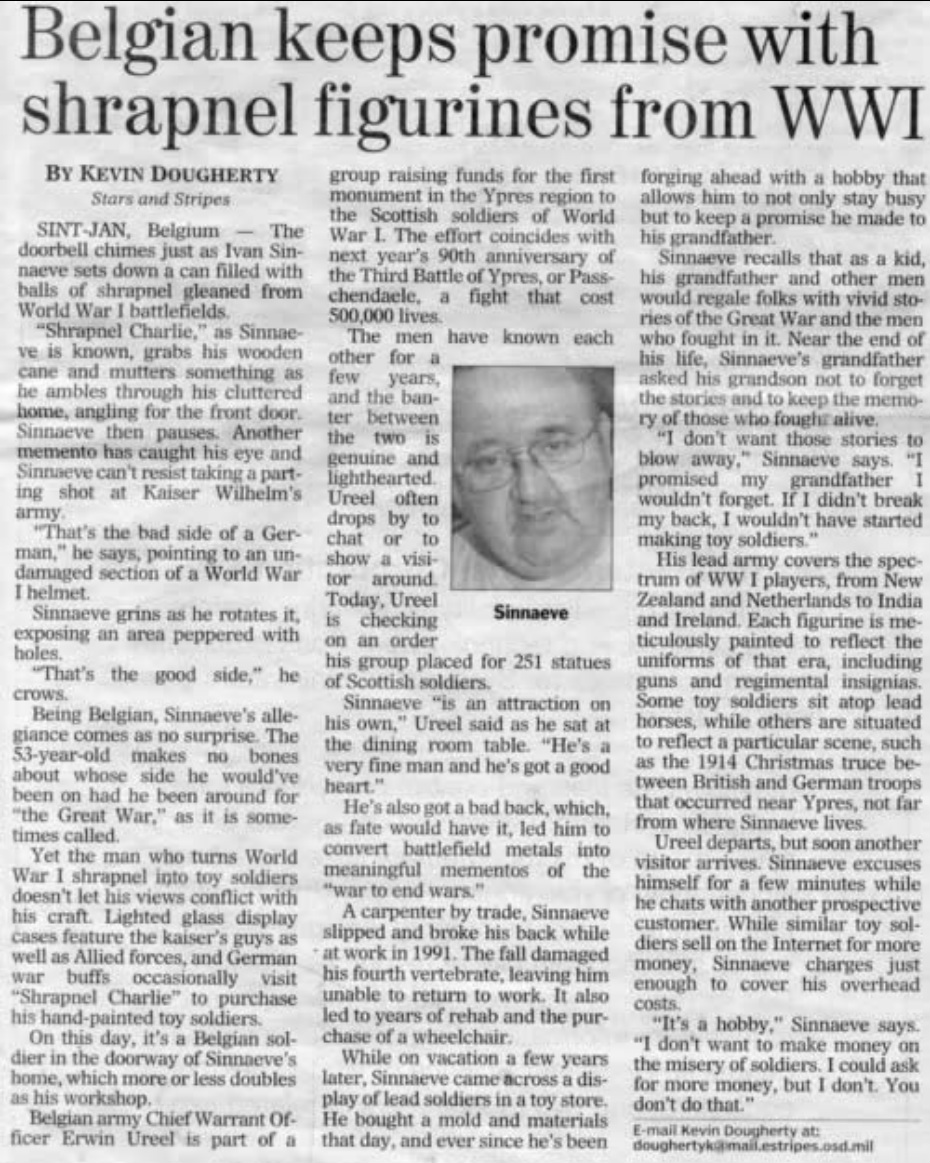 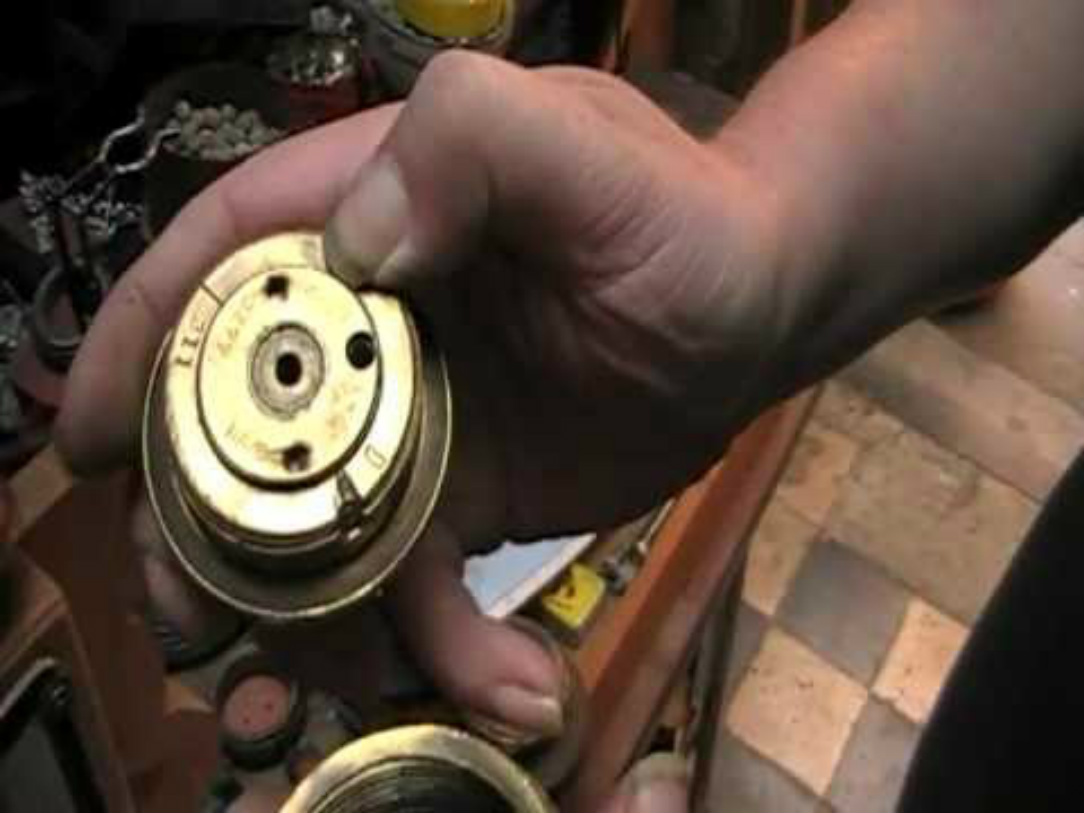 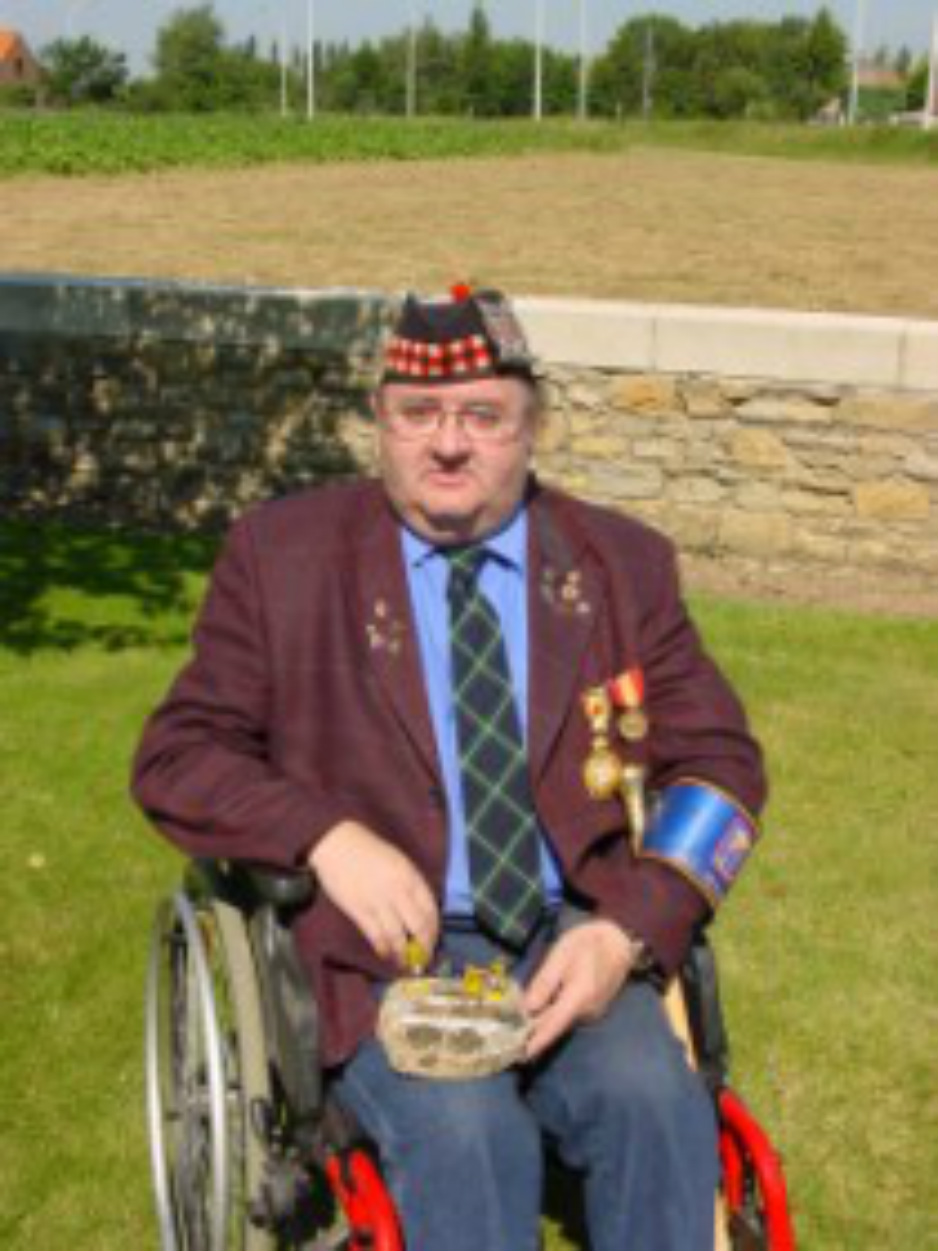 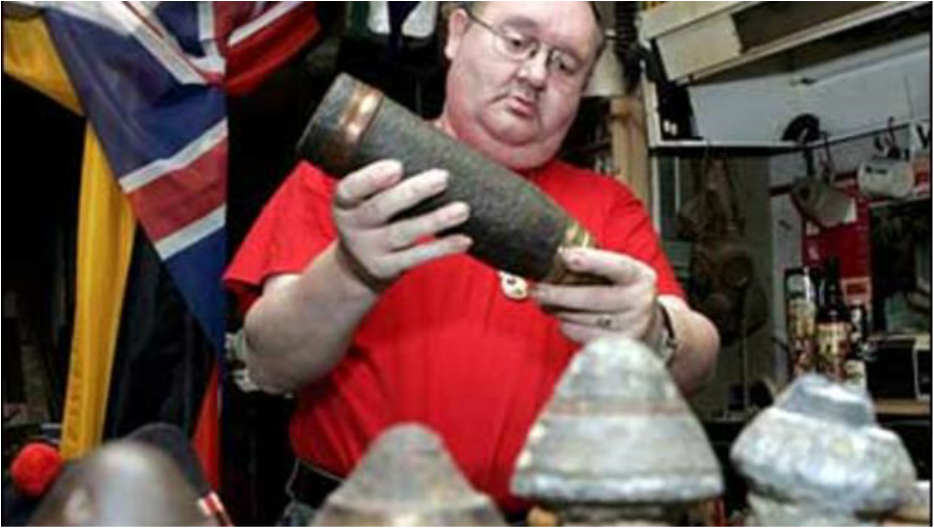 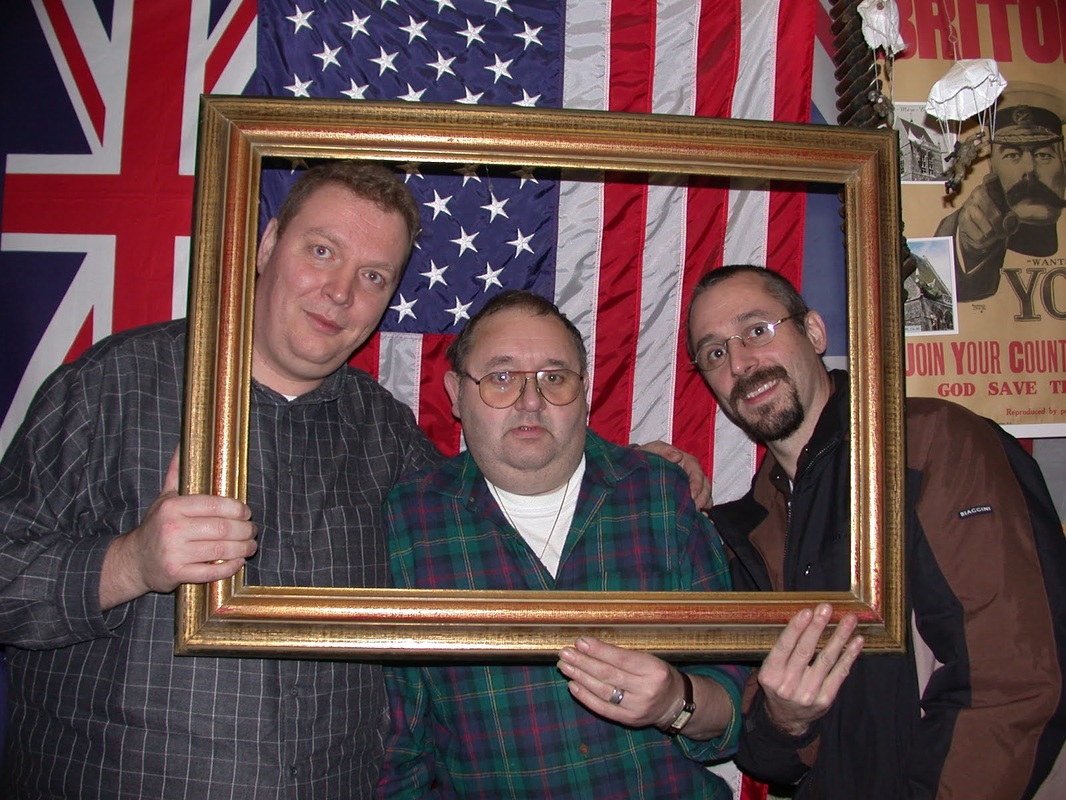 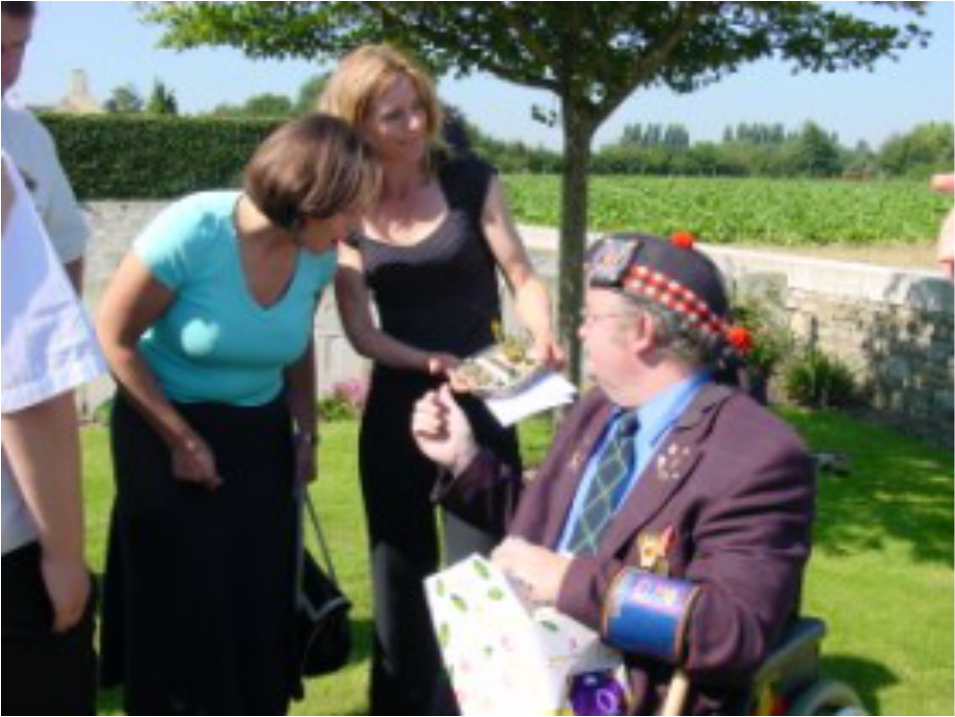 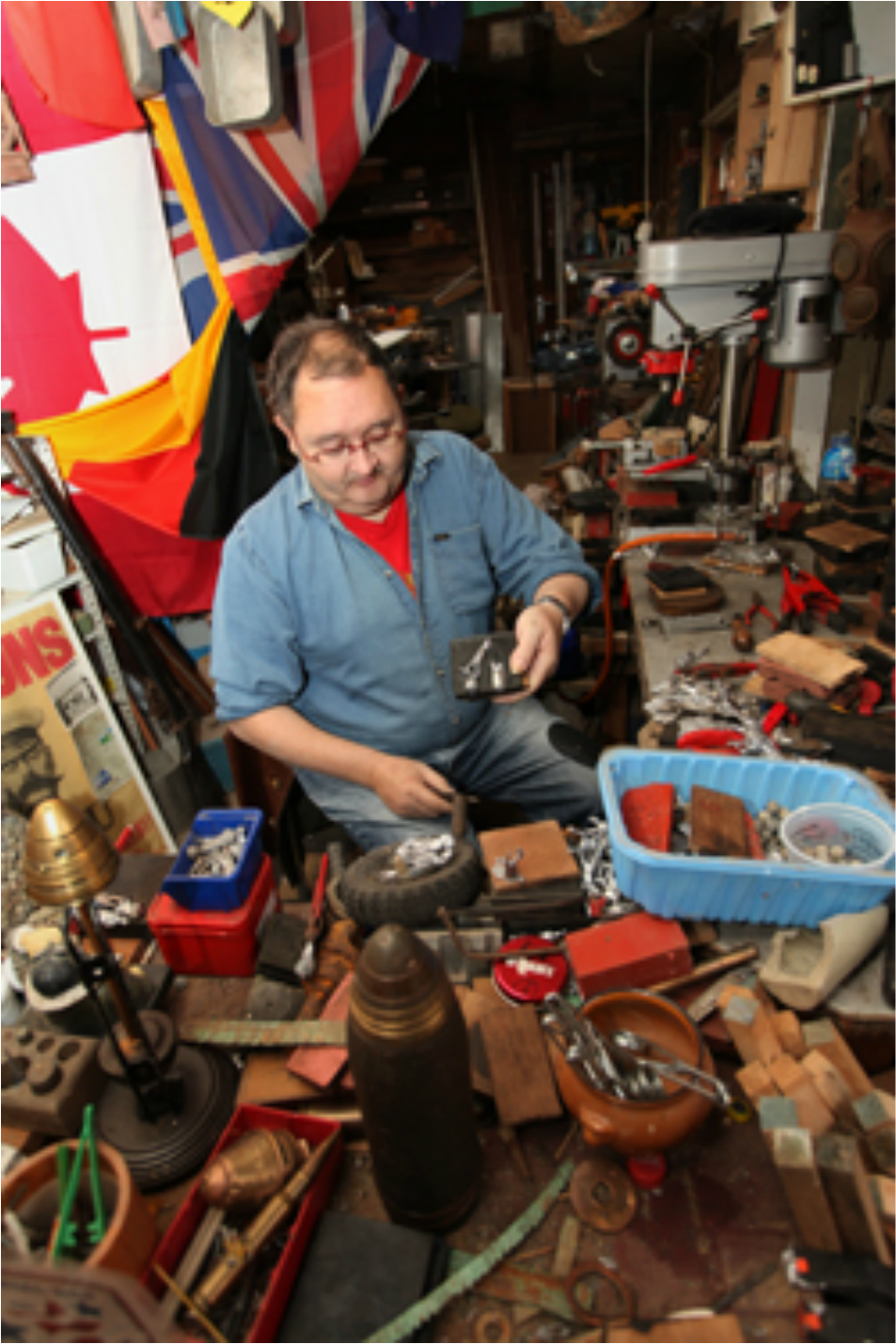 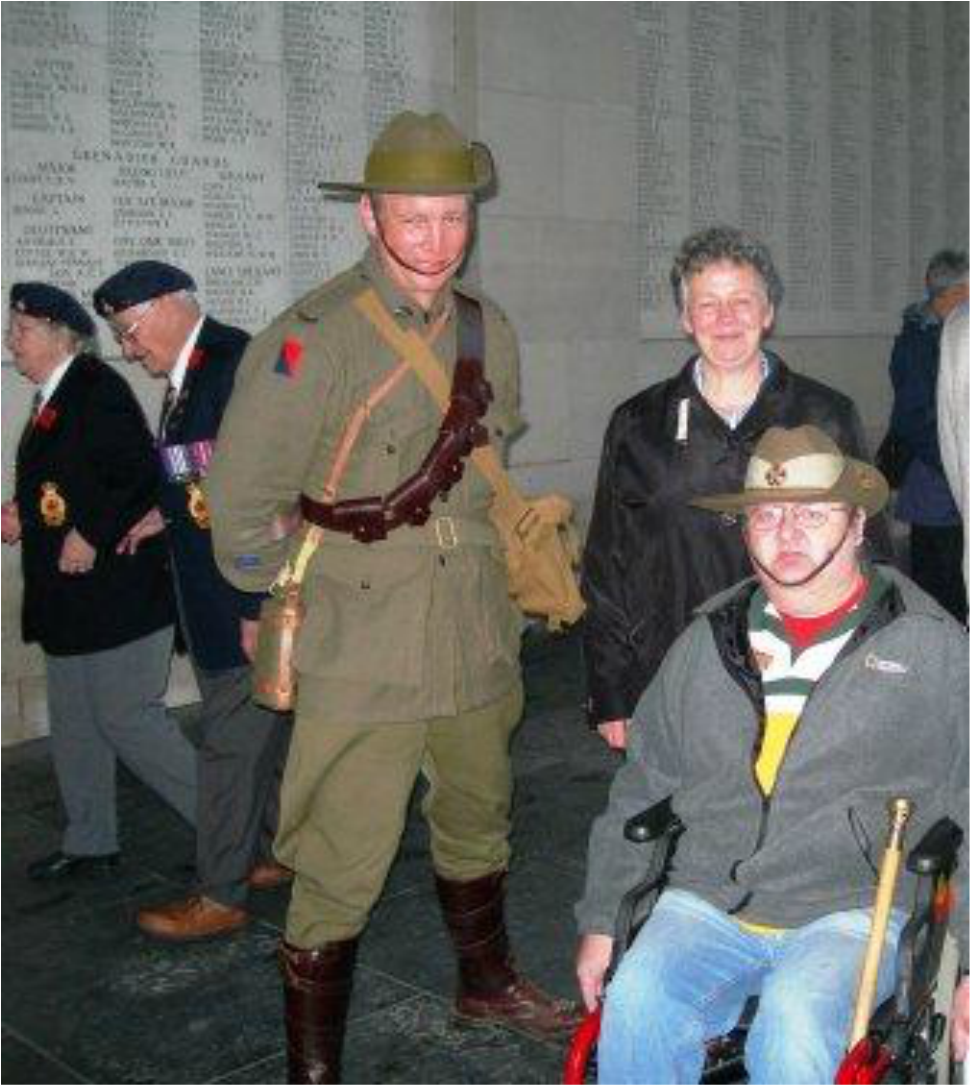 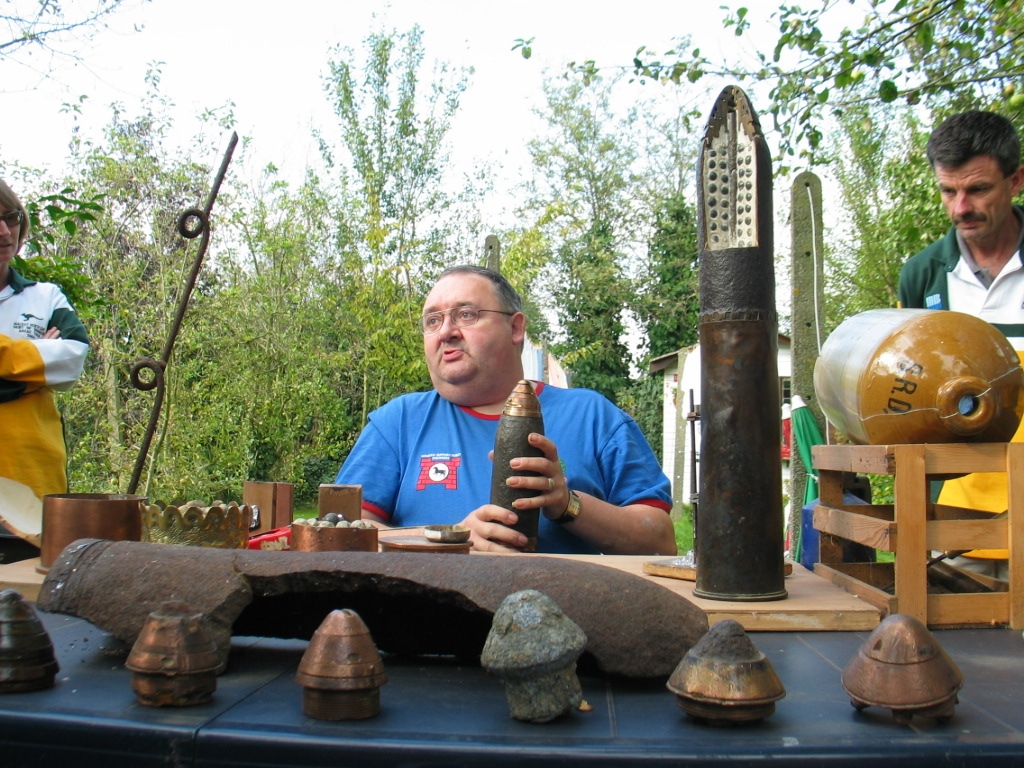 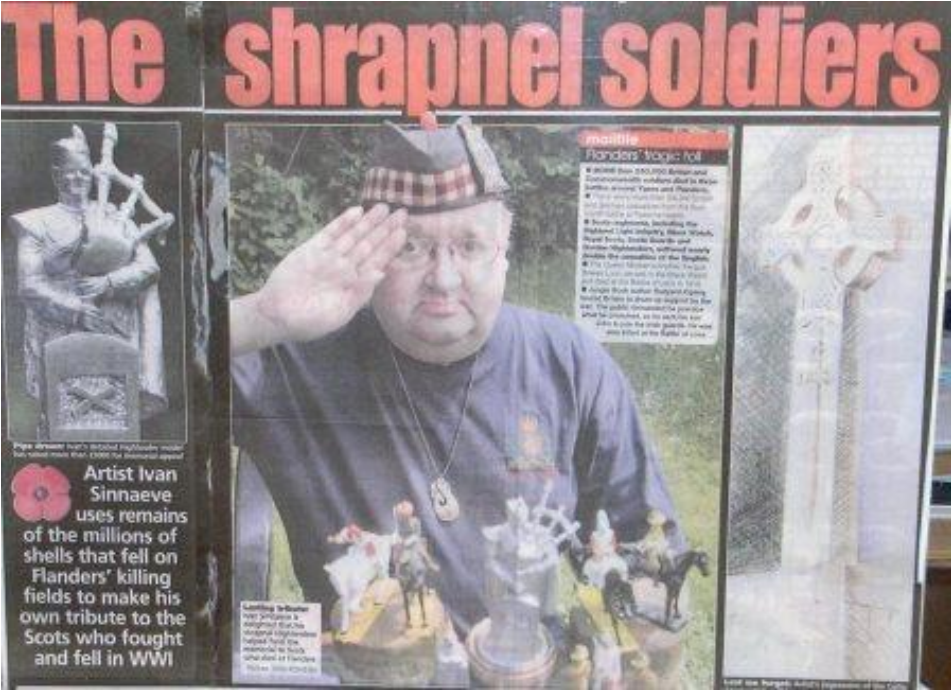 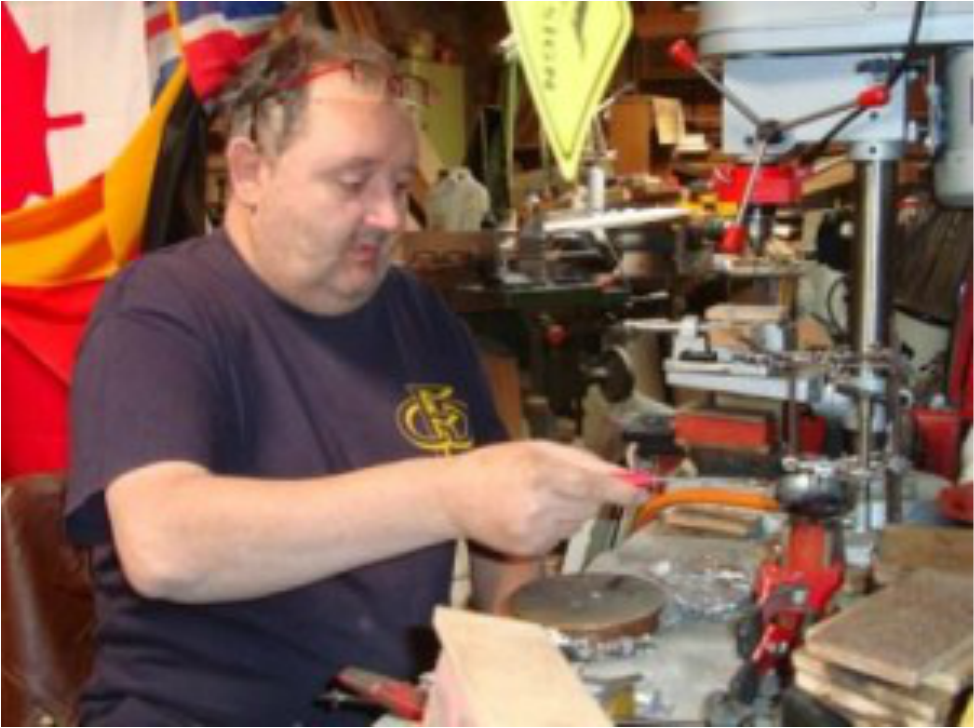 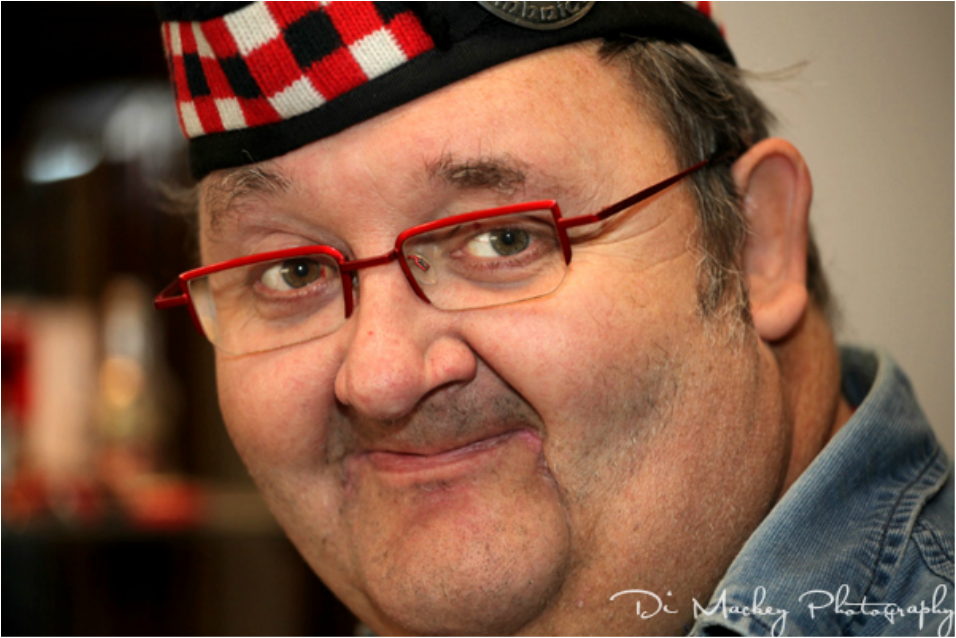 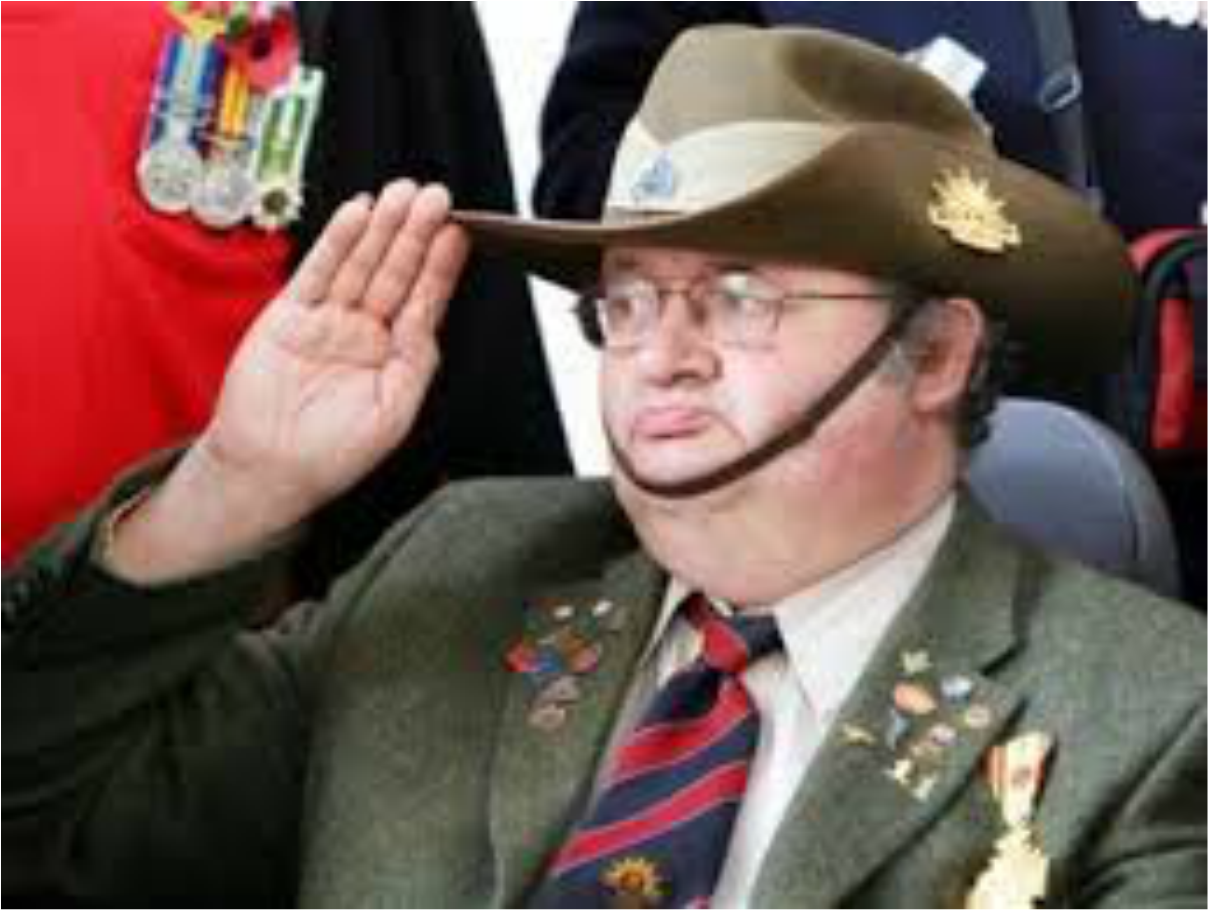 MAY THE AMAZING SHRAPNEL CHARLIE REST IN PEACE - LEST WE FORGET
AT THE GOING DOWN OF THE SUN AND IN THE MORNING WE WILL REMEMBER THEM.