Anzac day is very special to all my family. Religiously every 25th of April we have attended the dawn service at the Shrine of Remembrance. We remember the sacrifice of my great uncle at Gallipoli, and the war service of my father, my father in law and my uncles on both sides of our family. Each year my children take turns wearing my late father’s medals in the Melbourne Anzac march. My children Timothy, Jaclyn, Christopher and Michael Doughty, all from Boronia, have each taken their turn to march. It started at the Melbourne 1982 march when my eldest son Tim was only three years old and I carried him on my shoulders.

All my children have proudly worn my father’s uniform until it was too small for them. My father was a jockey before the war and he was a small man, so when my youngest son Michael turned eighteen the uniform was put back into moth balls ready for when my grand-daughter Isabella is old enough to carry on the family tradition. Over the years they family has met diggers from both wars, and may have shared their amazing stories with us. Sadly, most have now passed on. I am sure that this Anzac tradition will continue for many years to come.

I was talking to Pauline Brown, a regular writer for this new paper, and she told me that her late husband Keith was a member of the 2/2nd Field Company, Royal Australian Engineers. We discovered that her late husband and my late father, both with the 6th Division, coincidently boarded the same ship, the Ettrick that left Port Melbourne on the 14th of April 1940. My father Bill Doughty was a member of the 2/5th Battalion. Keith’s job was to help build the bridges and support my father’s battalion during their fight in the Middle East. Keith was wounded in Bardia. Bill went on to fight in Crete and eventually in New Guinea alongside Keith’s 6th Division mates.

Also, we were amazed to find that Keith and Bill both ha d a great love for horses. Keith as a young man grew up with horses on his father’s property and he loved to ride them. Before the war, in 1936, Keith joined the light horse Militia. Bill worked for the famous Melbourne Cup winning trainer Mr E. A. Underwood at Williamstown race track from 1938 to 1940 as a trapper and jockey before enlisting in the Army and, because of war related illness, his jockey days ended. Keith’s riding days also ended as a result of a badly wounded leg. Then, late in life, Bill worked as a dustman and rode a horse and dray for the Port Melbourne City Council.

Pauline and I were so amazed at the similarities between Keith and Bill. It really is a small world. As a footnote – later, in 1943, Keith bravely joined the Air Force and served as a rear gunner in a Mitchell light bomber with a Netherlands East India Squadron.

On Anzac Day please remember all those brave men and women who sacrificed their lives for the freedom we all enjoy today. 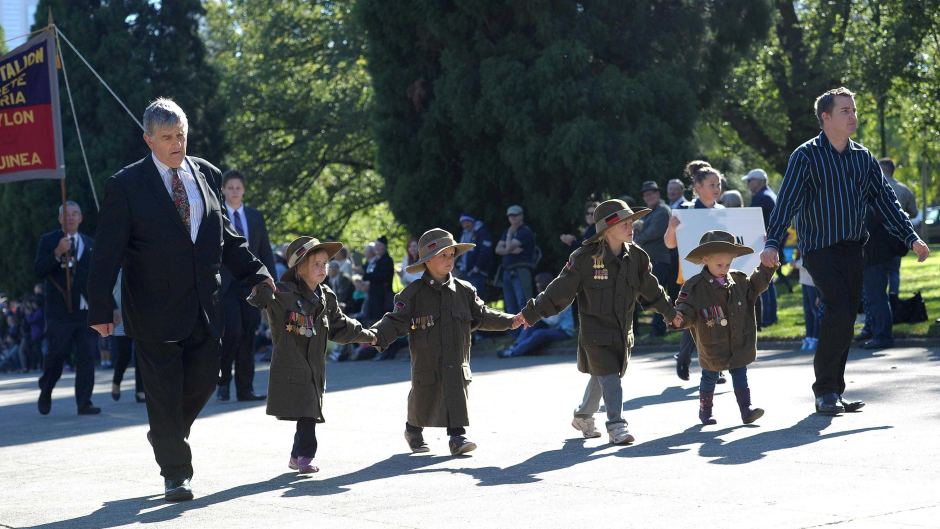 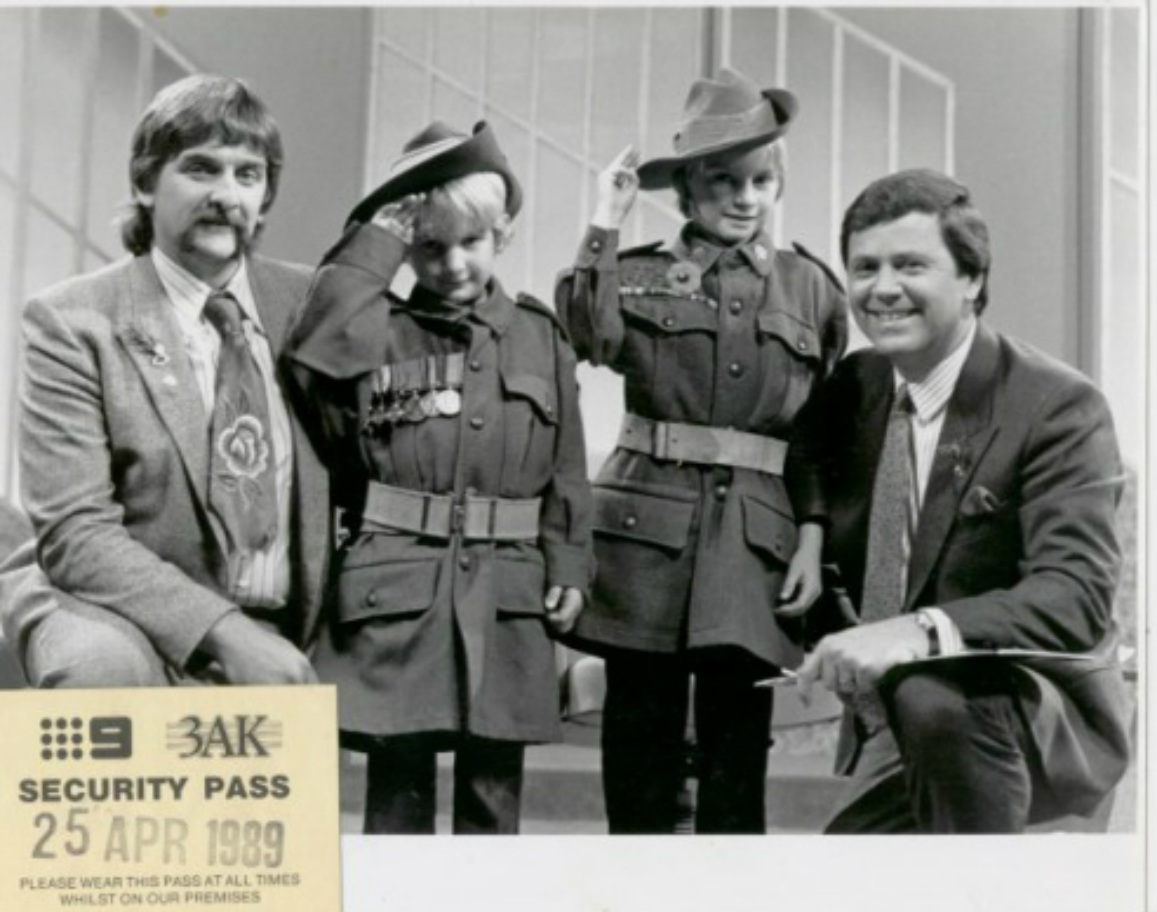 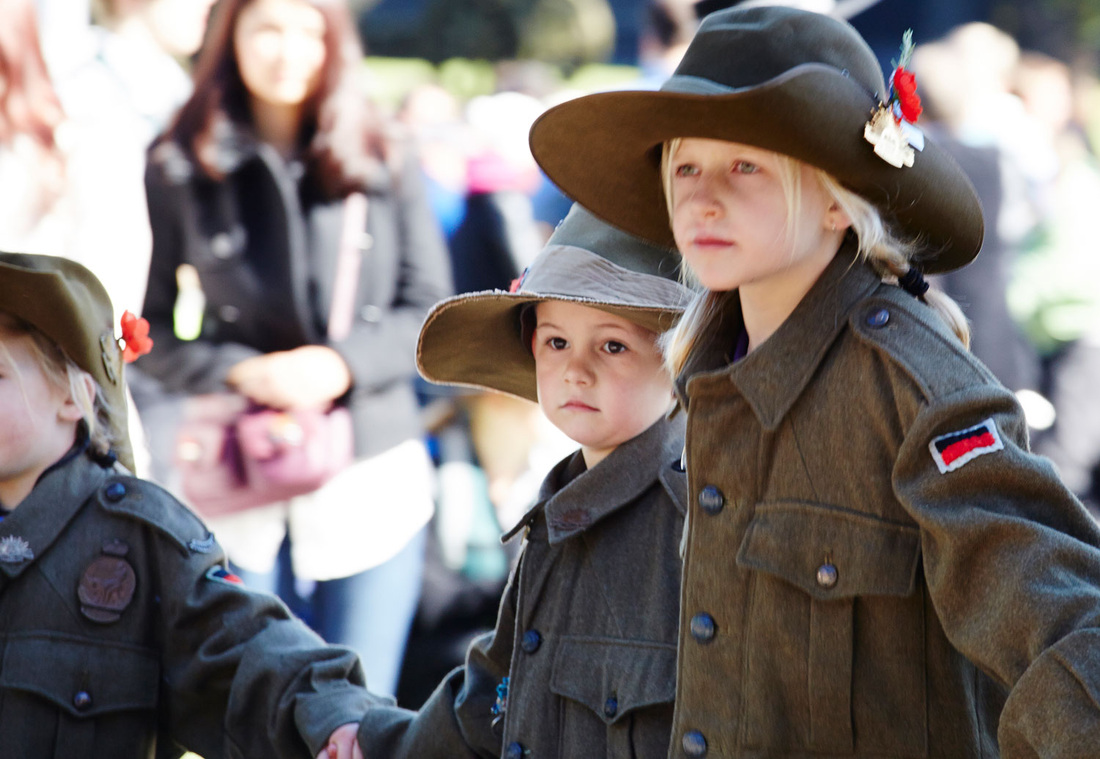 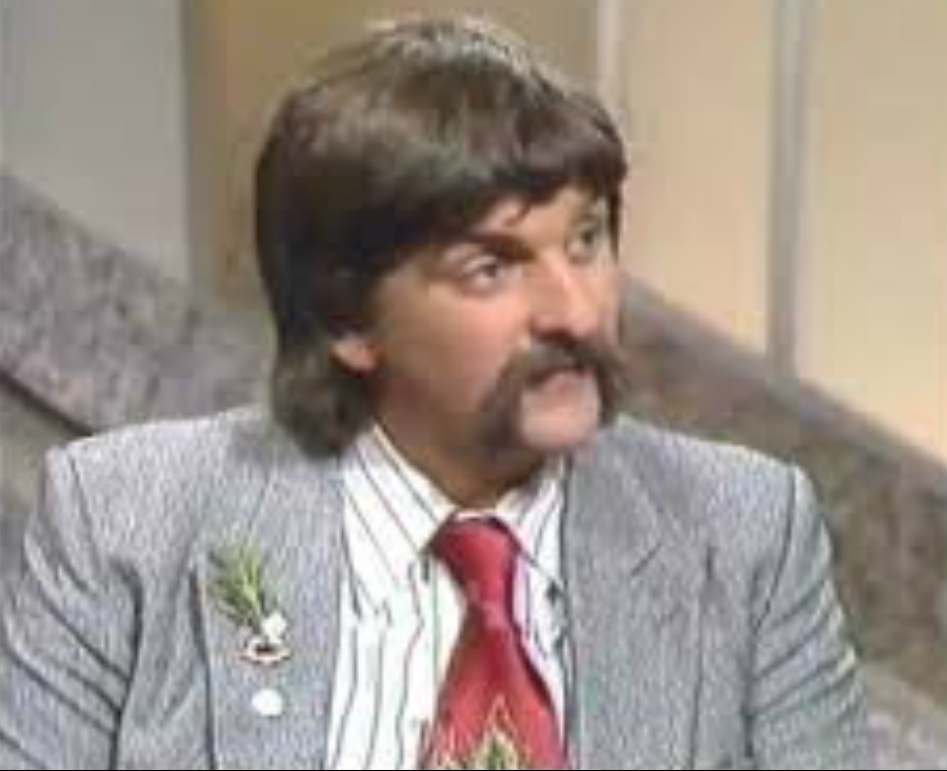 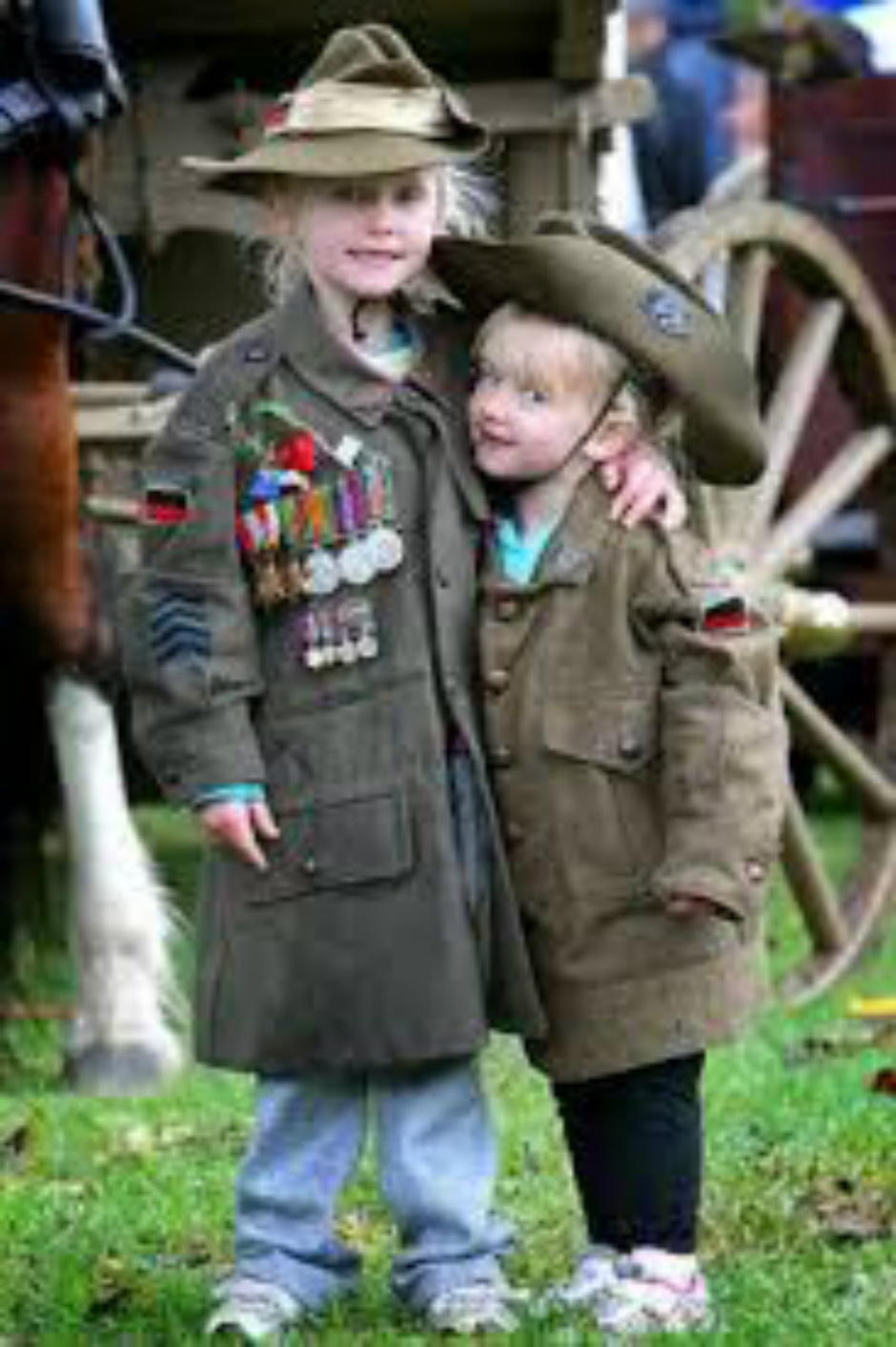 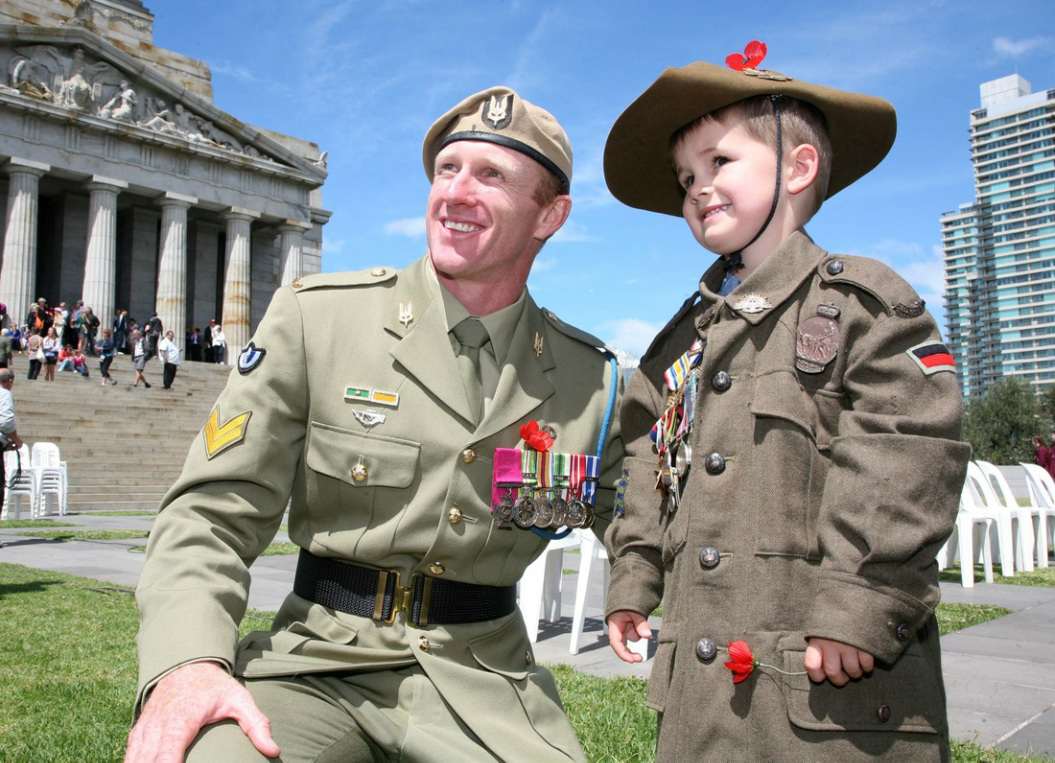 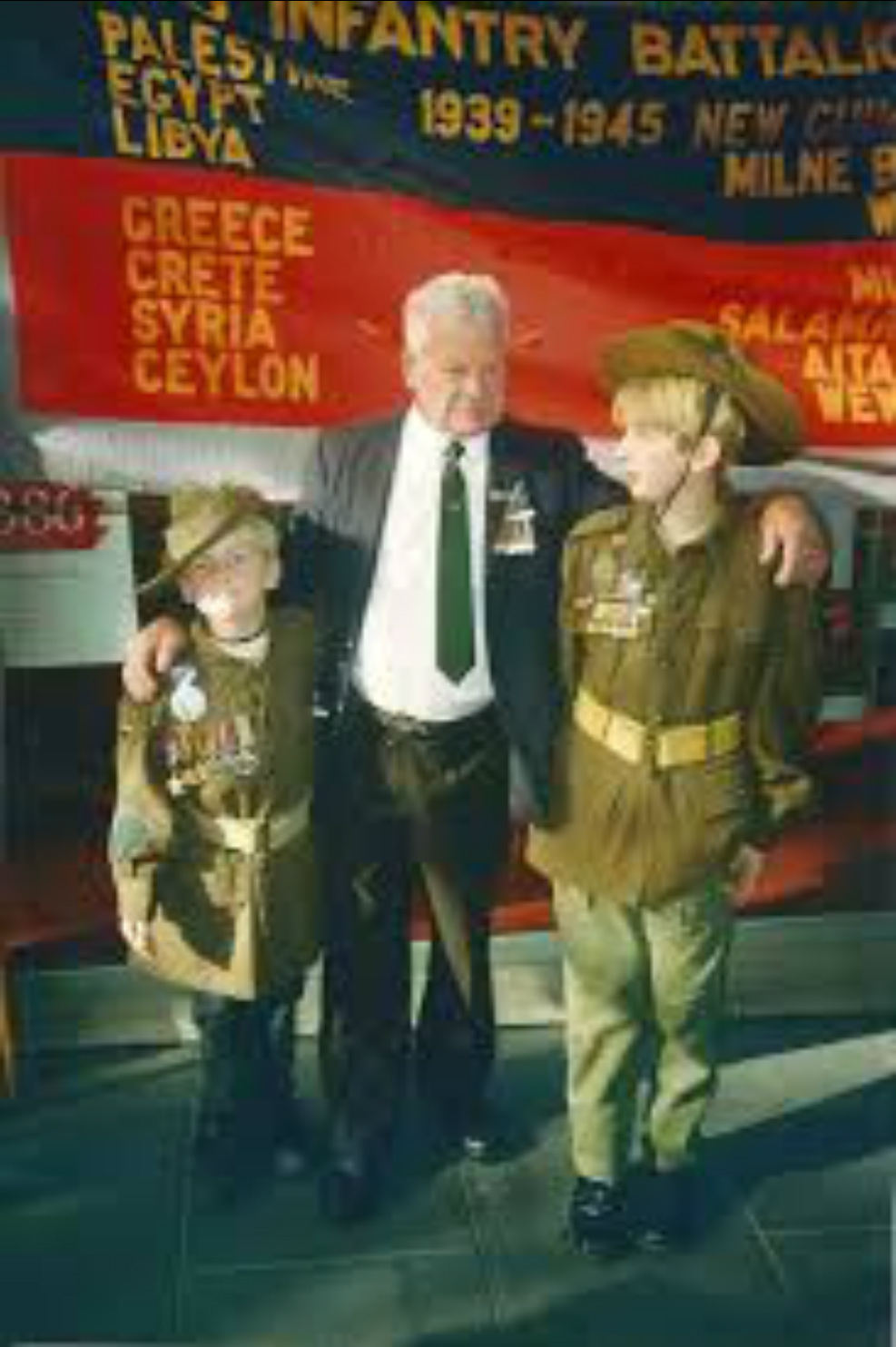 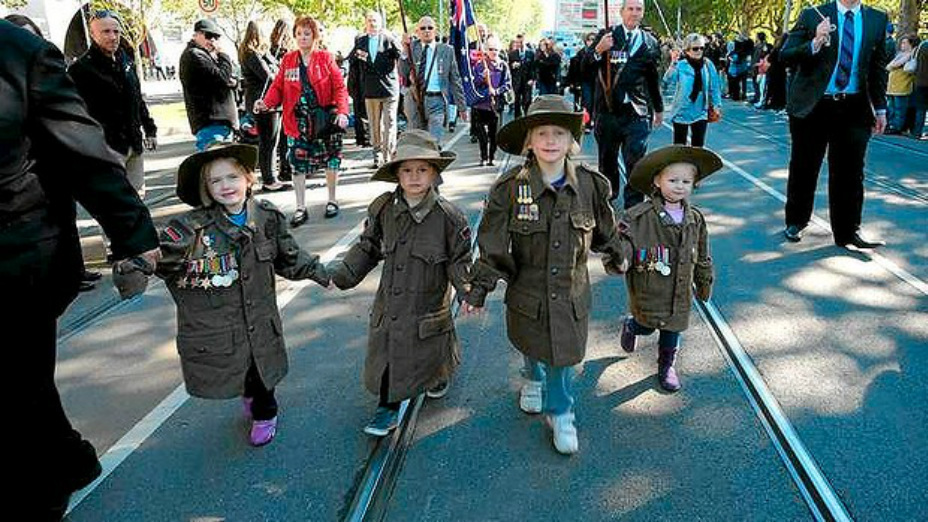 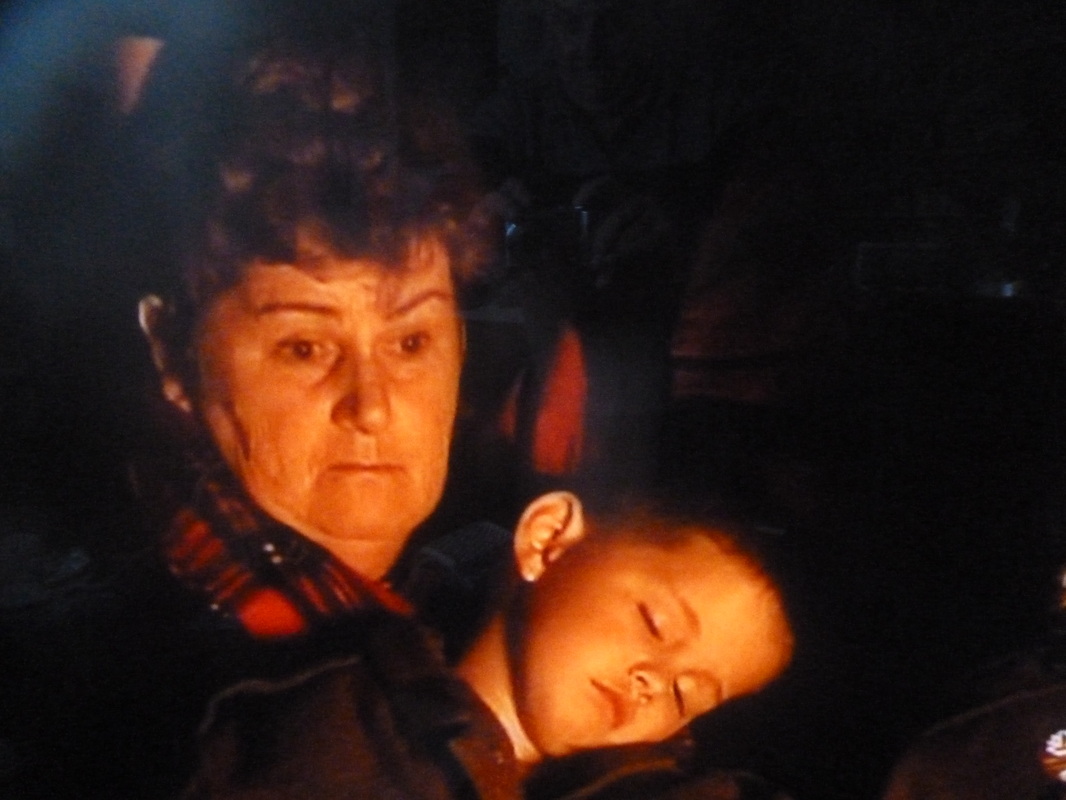 A long night on the Dawn Service at the Shrine Of Remembrance, Melbourne.
AT THE GOING DOWN OF THE SUN AND IN THE MORNING WE WILL REMEMBER THEM.