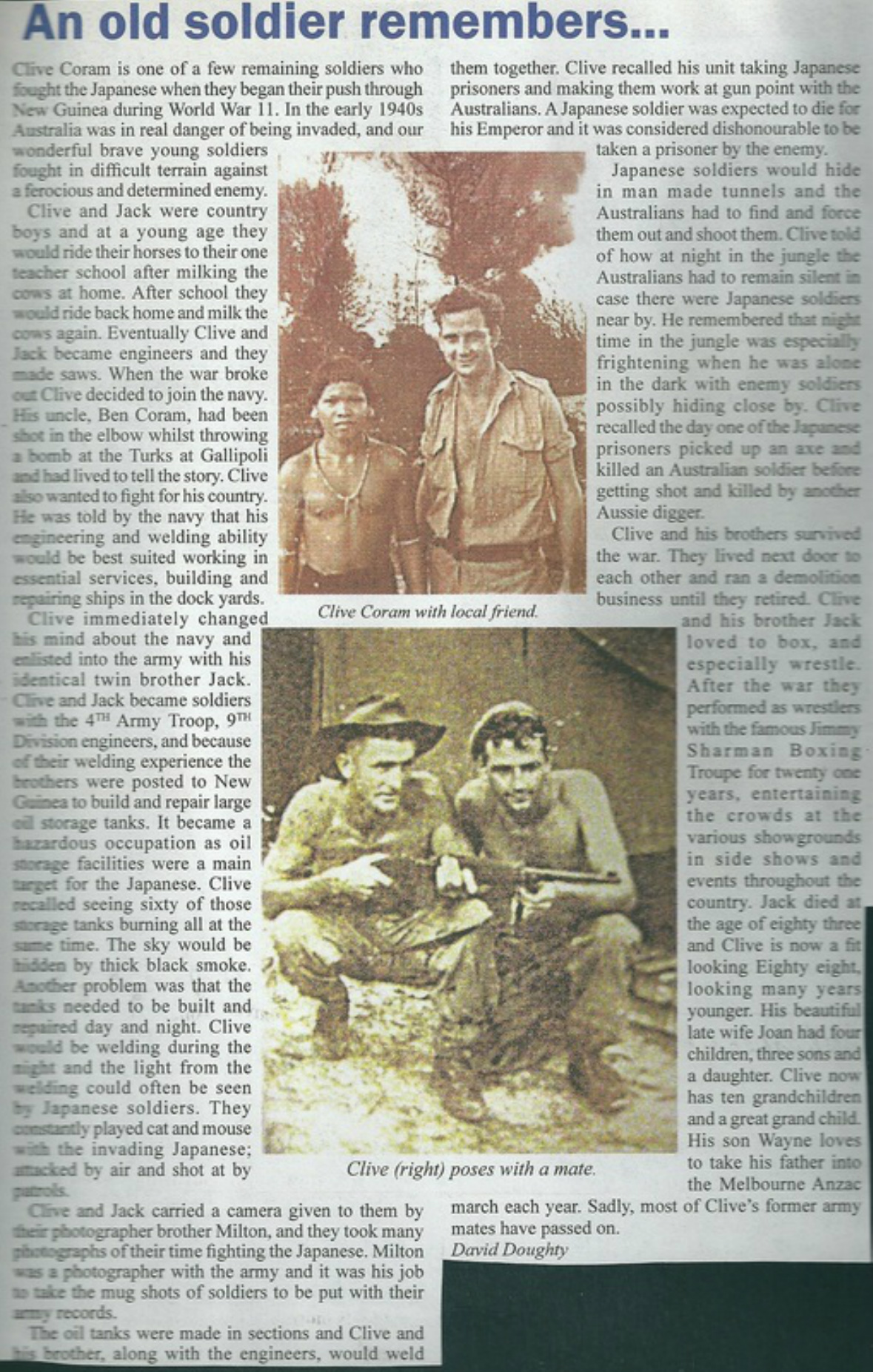 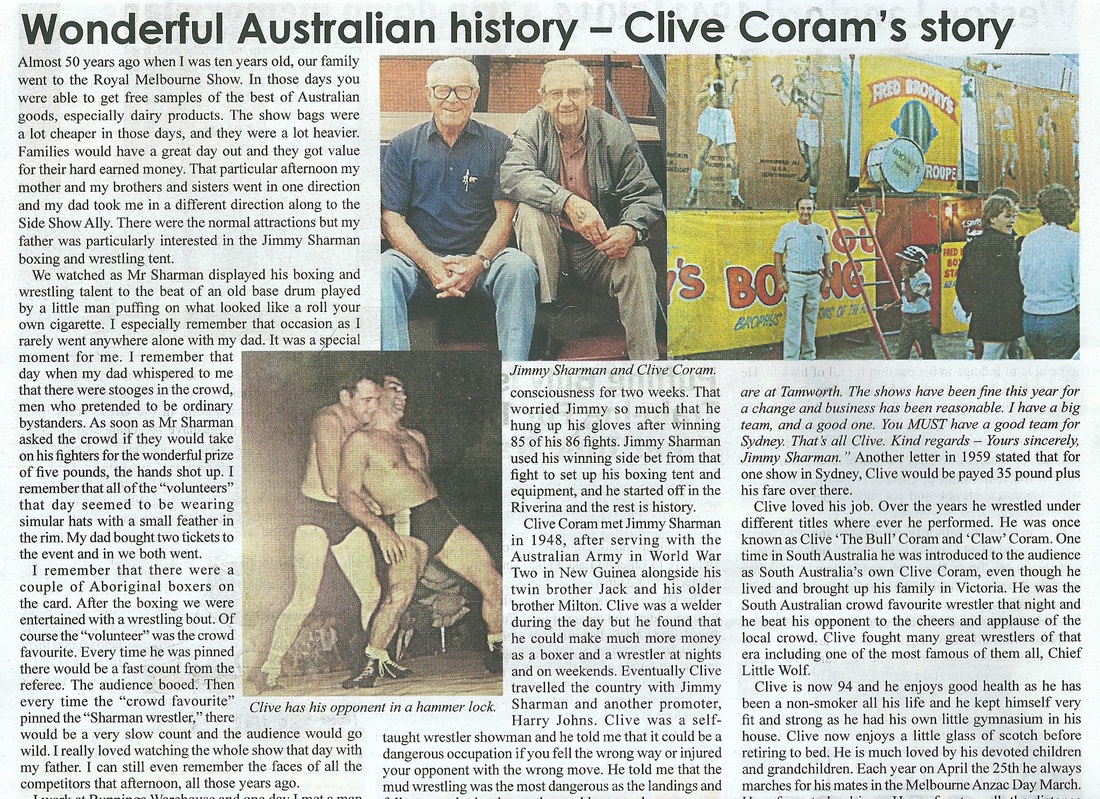 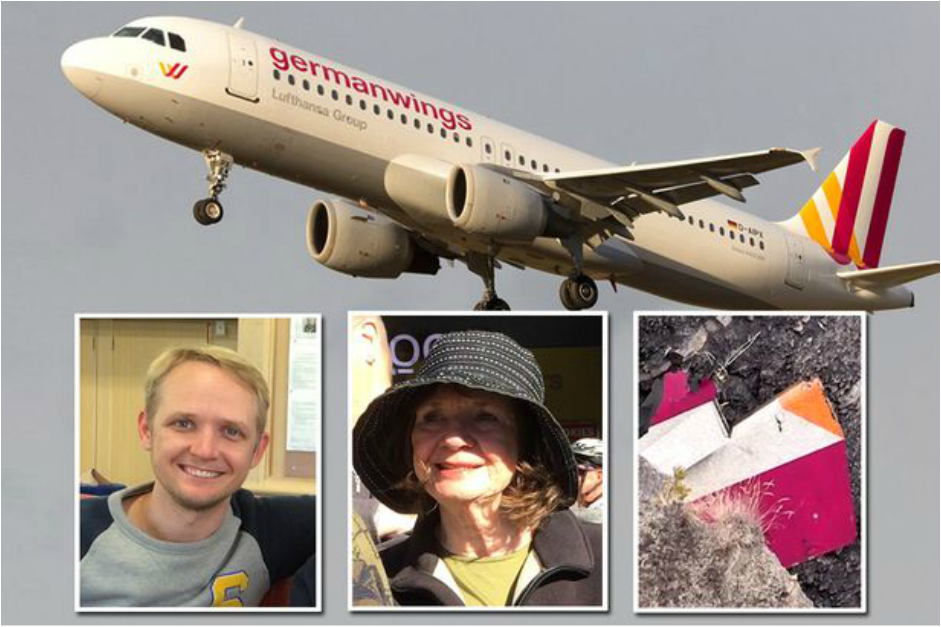 The sad loss of Greig and Carol Friday, grandson and daughter of Clive Coram - May they Rest In Peace.
Greig Friday and his mother Carol Friday died in the lufthansa crash. 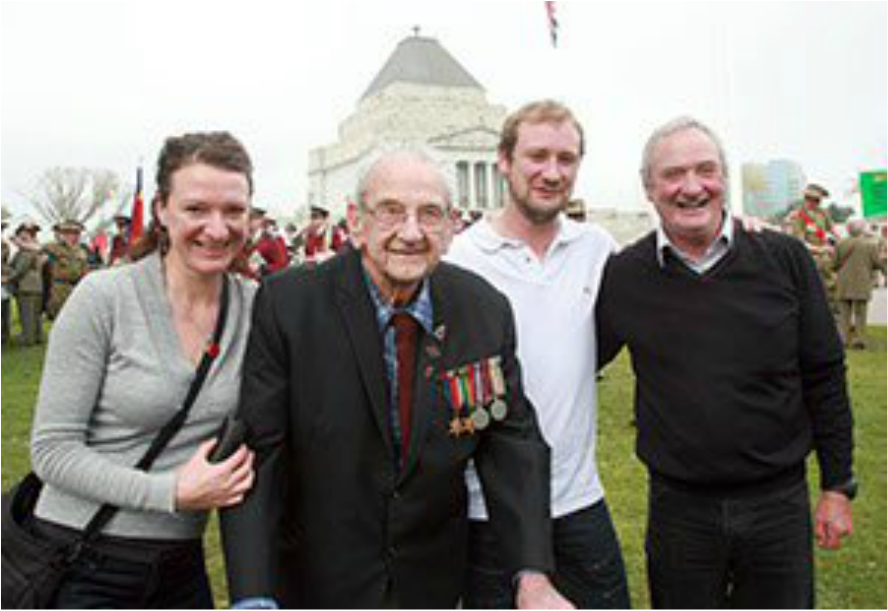 Clive Coram on ANZAC Day supported by his son and his neice and nephew. Sadly his newphew, Greig Friday, died in the lufthansa crash, 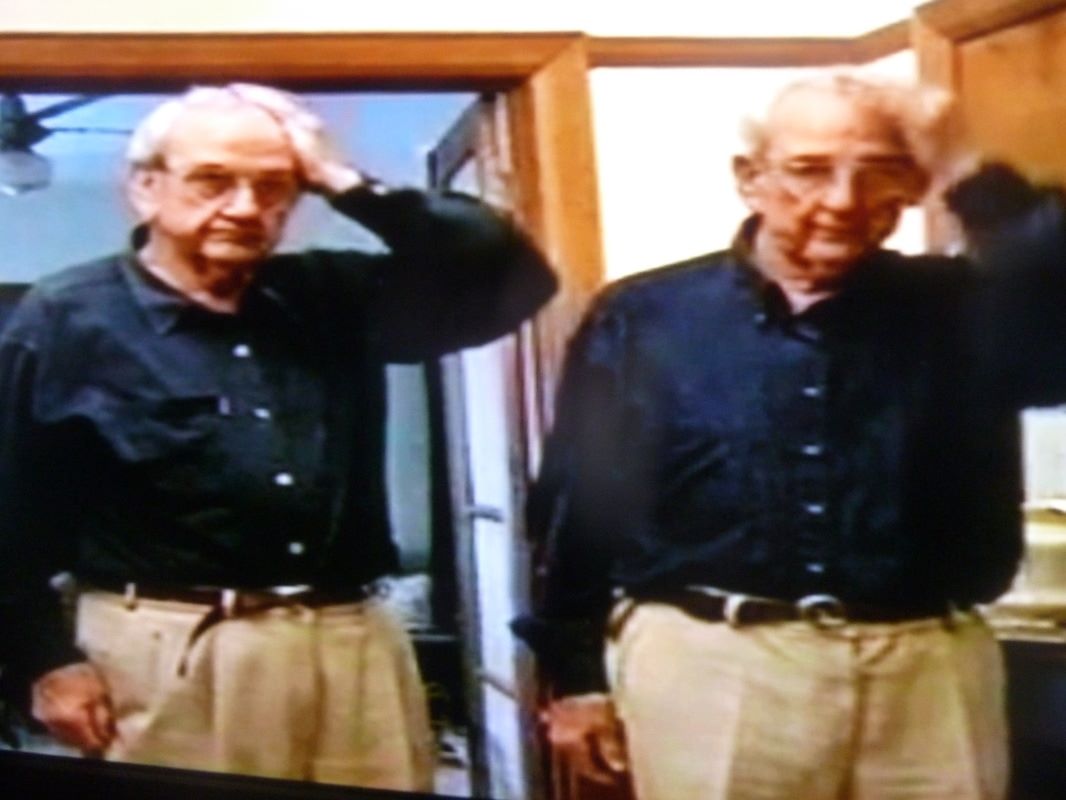 I dentical twins, Jack and Clive Coram
AT THE GOING DOWN OF THE SUN AND IN THE MORNING WE WILL REMEMBER THEM.